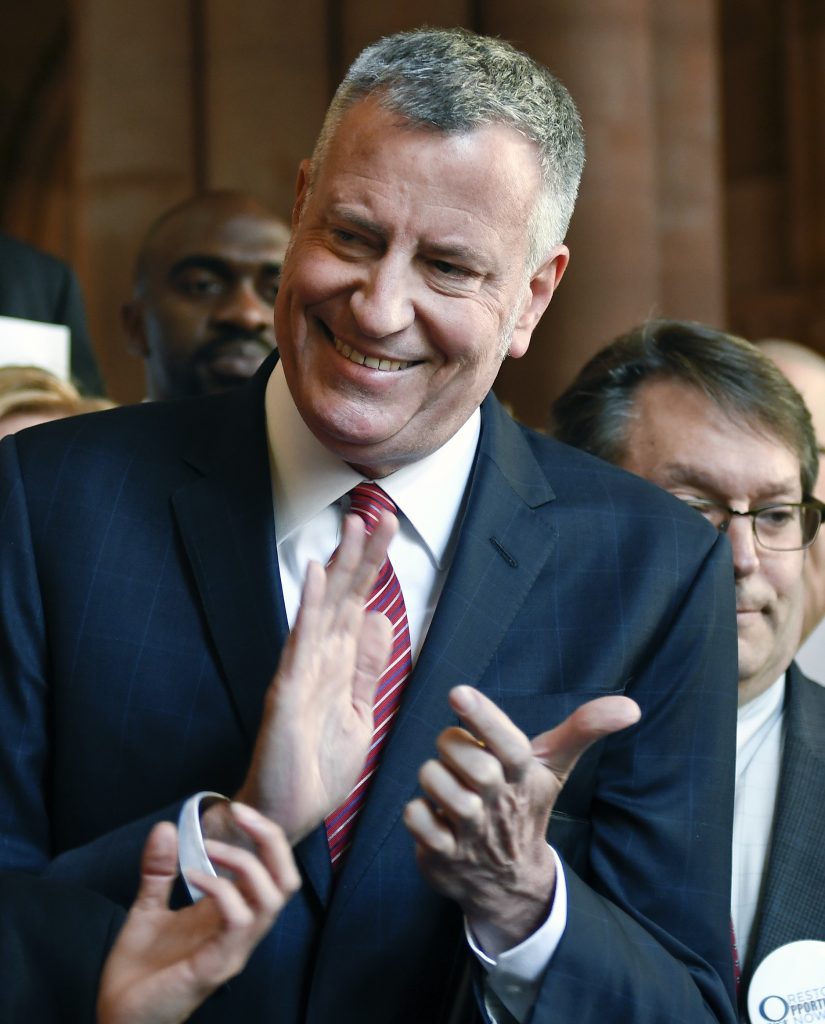 De Blasio joined several top Democratic legislators at a rally at the state Capitol to press for the increases, which supporters say would pay for vital investments in public education, affordable housing and health care. De Blasio said it’s especially important to protect public investments in those programs now that Republicans in Washington are moving to cut federal spending.

“People are expecting the rest of us to fight back,” the Democratic mayor said. “We have a chance here in New York state to live up to our reputation as the most progressive state in the country.”

The measures supported by de Blasio face significant challenges in Albany, however. Republicans, who lead the state Senate, openly criticize the idea of raising anyone’s taxes in a state that already has some of the highest in the nation.

“We support cutting taxes, not raising them,” said Scott Reif, a spokesman for Senate Republicans.

The group Reclaim New York, a conservative-leaning good-government organization, said the proposals to raise taxes would hurt the economy.

“Lazy politicians with a spending addiction rallying to loot more from taxpayers, who pay the highest taxes in the nation, is nothing short of sad and appalling,” the group said in a statement.

Lawmakers are now negotiating the details of the new state budget and hope to vote before the next fiscal year begins April 1.

Assembly Speaker Carl Heastie, a Democrat from the Bronx, also spoke at Wednesday’s rally. He is pushing a plan to raise income tax rates on multi-millionaires that would generate an estimated $5.6 billion in new revenue and impact some 66,000 taxpayers.