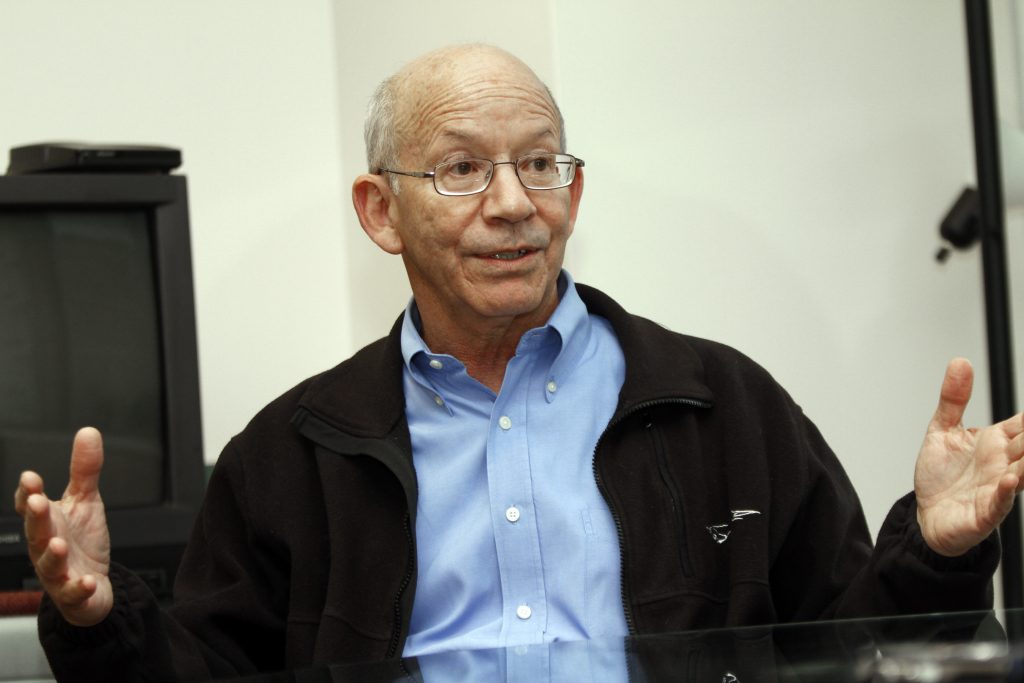 Rep. Peter DeFazio is betting that Americans will pay a penny more at the pump to pay for infrastructure investment, and he’s doubling down on the wager with the belief they wouldn’t even notice.

The Oregon Democrat has introduced a bill in Congress that would add about a penny per year to the 18.4-cent federal gas, revenue that could be leveraged in the bond market to raise an additional $17 billion a year for roads, bridges and transit systems.

“It’s a pathetically small increase in the gas tax, and if anybody [in Congress] doesn’t have enough guts to vote for something that can do a $500 billion investment, that would create tens of thousands of jobs, they don’t belong here,” DeFazio, the ranking Democrat on the House Transportation Committee, said in a meeting with reporters Wednesday.

The mechanics of his bill are relatively simple when contrasted to much that comes out of the congressional bill mill.

The federal gas tax would increase by about a penny each year, but by no more than 1.5 cents. The exact cost would be determined by two indexes: the National Highway Construction Cost Index, and the Corporate Average Fuel Economy (CAFE) standard.

The Treasury Department would be authorized to sell $17 billion in 30-year bonds each year against the future revenue from the tax. The bond money would be deposited in the federal Highway Trust Fund, which funds roadways and transit systems, and distributed directly to states under a provision already in the highway authorization bill.

DeFazio said he has discussed his bill with the White House. “They didn’t say no,” he said. He knows the proposal won’t go far without administration support.

The gas tax hasn’t increased in 24 years. It is not indexed to inflation, so the loss of 40 percent of its buying power is a major reason that the Highway Trust Fund hasn’t been able to meet the nation’s needs for the past decade without a massive infusion of taxpayer dollars from the general fund.

The American Society of Civil Engineers estimated this month that an investment of about $926 billion is needed to bring roads, bridges and transit systems into a state of good repair.

DeFazio is confident that given the way gas prices fluctuate almost daily, very few drivers would notice a penny increase at the pump.

Increasing the gas tax has received long-standing support from interest groups that include the U.S. Chamber of Commerce, AAA and the American Trucking Associations. DeFazio distributed letters of support for his bill from 40 organizations.

“I had many people from across the aisle say privately, ‘I like your idea of raising a user fee. I won’t put my name to it, but if you get it to the floor, I’ll vote for it,’ ” DeFazio said.

Polls show that about 75 percent of those surveyed support more infrastructure investment, but a Washington Post-ABC News poll this year found that 66 percent were against imposing new tolls to pay for it.

The White House is said to be working on a transportation proposal, but thus far the lone public document on the subject was a campaign paper that said $1 trillion in private infrastructure investment could be leveraged by offering investors an 82 percent tax credit. Much of that investment is already planned by non-highway sectors, including railroads and public utilities, but even with the tax credit incentive, investors in roads, bridges and transit systems would expect additional returns.

House Speaker Paul Ryan, R-Wis., hopes the $1 trillion can be raised from private investors. Some other House Republicans are reluctant to approve any tax increase on principle, and many feel obligated by the Grover Norquist 2012 pledge they signed not to support any tax increase.

“I’ve raised this several times in [the transportation] committee,” DeFazio said. ” ‘Raise your hand if you think you’re going to lose your election over a 1.2-cent increase in the gas tax.’ Nobody ever raises their hand.”