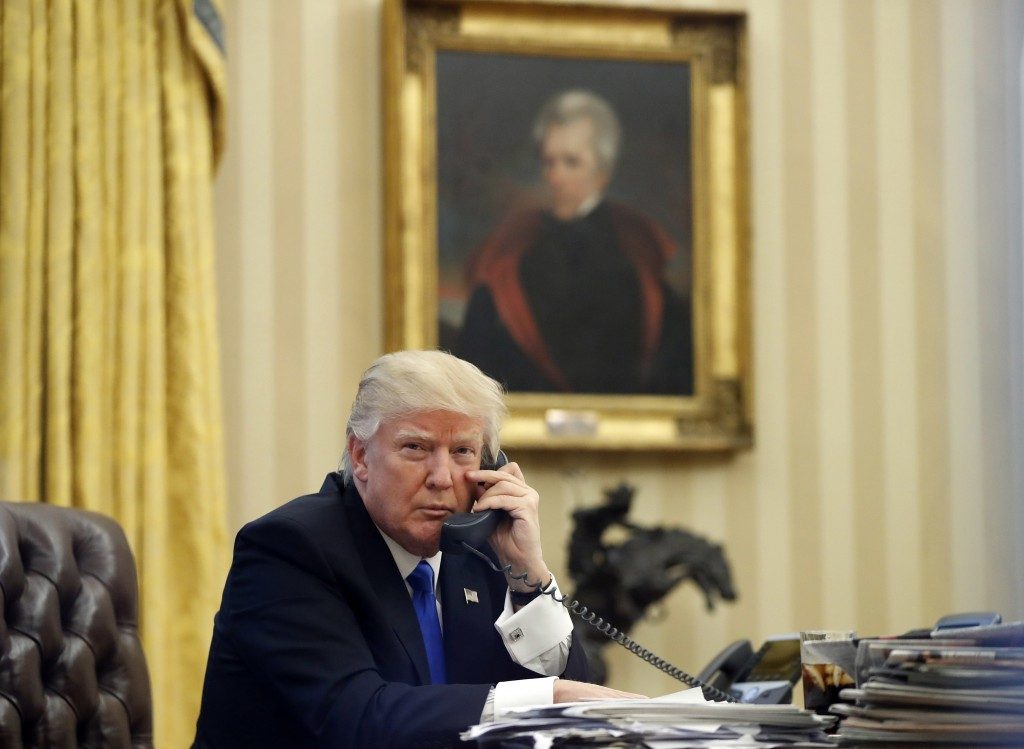 Considering President Trump’s history-making, outrageous claims that aren’t necessarily tethered to fact, when he announced last Friday that he had won over more than a dozen House conservatives to supporting the AHCA (American Health Care Act), it seemed almost too good to be true.

Emerging from a closed-door meeting, President Trump told the media, “I want everyone to know that every single person in this room is now a ‘yes.’” A dozen members of the larger conservative congressional group called the Republican Study Committee (RSC) had met with Mr. Trump to try to work out some tweaks that could help them support it and found the president, who also said he was “100 percent behind” the AHCA, open to making those tweaks.

But President Trump and Speaker Paul Ryan haven’t won over all conservatives just yet. The smaller contingent called the Freedom Caucus released a statement almost immediately, reiterating their opposition to the AHCA.

It is, however, hard to imagine a way Speaker Ryan could have crafted a bill that would actually have won over that small — but influential — group of congressmen. For him to be able to do so, there would have to be a workable solution with which they could be happy. That, I’m afraid, just does not exist.

Consider, for a moment, the difficult spot in which Mr. Ryan finds himself. Republicans have been campaigning since 2009 for the repeal and replacement of Obamacare, and they now have just about all the legislative pieces in place for it to occur. They have control of the House, the Senate, and the presidency.

What they still do not have, however — which the Democrats had when they passed the original version of Obamacare — is a filibuster-proof majority in the Senate. Because of that, they can’t just repeal the entirety of the health-care law in one fell swoop; the Democrats would surely filibuster that. So they need to resort to a legislative process called “reconciliation,” which allows them to make enough changes to the law to improve it substantially.

Ryan insists there are two more steps to his “Repeal and Replace” strategy, and the truth is that one of the steps seems more likely to materialize than the other. There are administrative changes that the existing (and surviving) framework of Obamacare allows Health and Human Services (HHS) Secretary Tom Price to make, which would both undermine what is left of the law as well as institute new reforms that should help consumers.

But it’s hard to imagine the third step coming to fruition. This calls for passing stand-alone legislation instituting conservative policies, and would require 60 Senate votes — a difficult scenario to envision.

On top of that, any conservative package being advanced by Speaker Ryan must accomplish three additional things President Trump insisted on in his speech to Congress. Trump wants coverage for those with pre-existing conditions, tax credits for the purchasing of insurance, and to somewhat retain the Medicaid expansion — albeit in a different form, with more control given to states.

So when you consider all of the above, the AHCA might just be the best thing Ryan could have possibly cobbled together. And while the idea of letting so much hang on the accomplishment of phase three is definitely not exciting — not to mention the retention of administrative powers to potentially be abused by some future progressive administration — it is probably better than doing nothing at all, despite the negative political implications that passing and “owning” an imperfect plan carries with it.

But the Freedom Caucus is still opposed — and will remain opposed forever, they say — because they are claiming to be the sole possessors of principle on Capitol Hill. They, however, lost that claim to principle in the 2016 election, when they exposed themselves as having none of it.

It is much easier to find fault with what others do than to come up with solutions oneself, as the Freedom Caucus has shown time and time again. While they typify this sort of behavior, it is all too common in all aspects of life.

I am reminded of a vort that is told in the name of the Sfas Emes. Chazal tell us (Sifri, Parashas Behaalos’cha) that Yisro had seven names. One of them, Yeser, was given to him because a parashah was added in the Torah because of him — “V’ata sechezeh — and you shall choose,” when Yisro advised Moshe Rabbeinu to appoint new judges in order to serve Bnei Yisrael more efficiently.

The Sfas Emes points out that the parashah actually begins eight pesukim earlier when Yisro sees Moshe Rabbeinu sitting in judgment, and already four pesukim earlier Yisro voices his displeasure, saying, “Lo tov hadavar asher ata oseh — the thing that you are doing is not good.” Why doesn’t the Sifri refer to either of those places, instead choosing “V’ata sechezeh?”

The answer, says the Sfas Emes, is that anyone can criticize what other people are doing; for doing that, you don’t get credit for adding a parashah to the Torah. Yisro, however, came up with a constructive solution. For that — for the “V’ata sechezeh” alone — he got the extra name.

It takes no talent to find fault in others. What is impressive is figuring out ways to work within the frameworks we are given to advance causes and ideas that are truly important.