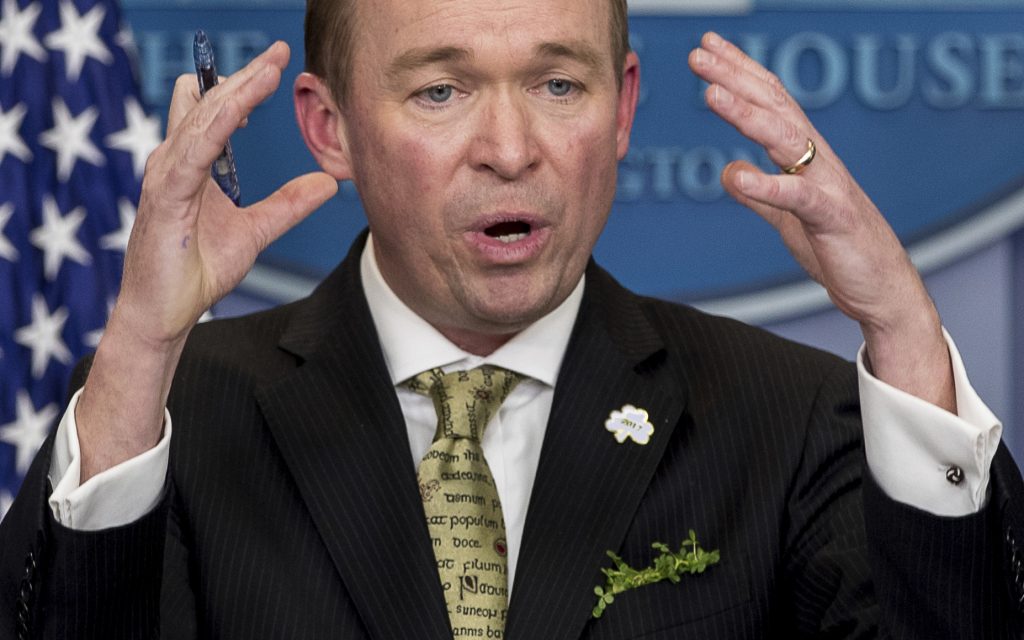 The White House is instructing Cabinet heads and agency officials not to elaborate on President Donald Trump’s proposed budget cuts beyond what was in a relatively brief submission, a move Democrats decried as a gag order.

Budget director Mick Mulvaney wrote in a memo late last week that until the full budget release in May, “all public comments of any sort should be limited to the information contained in the Budget Blueprint chapter for your agency,” referring to the 53-page document released last Thursday.

The budget traded a $54 billion boost for the military for crushing cuts to domestic programs like medical research, community development, foreign aid and a slew of other services. Typically, Cabinet heads and agency officials testify before the respective congressional committees on the budget after its release.

Mr. Mulvaney said department and agency heads should not make “commitments about specific programs” or provide further detail about cuts to programs that went unmentioned in last week’s summary budget, which glossed over many of the most politically difficult details.

“It is critically important that you not make commitments about specific programs if they are not expressly mentioned in the budget,” Mulvaney wrote in the memo. “Similarly, you should not address account-level details. Comments of such specifics need to wait until the release of the full budget.”

Mulvaney’s memo is similar to edicts issued by previous administrations, both Democratic and Republican.

“Was it a gag order in 2009 when President Obama’s OMB issued a similar memo?” said Mulvaney spokesman John Czwartacki. He also noted that Mulvaney was confirmed to lead the Office of Management and Budget almost one month later than was the experience of earlier administrations.

The current order is stricter since Mr. Trump’s initial budget submission is far lighter on details than the interim budget submitted by President Barack Obama in 2009, for instance. Mulvaney also said that only Cabinet or agency heads should testify before Congress, though relatively few subcabinet officials have been nominated, much less confirmed.

In addition, House hearings featuring Education Secretary Betsy DeVos and top National Institutes of Health officials have been postponed, leading Democrats to charge that the White House has issued a gag order to avoid negative publicity about the budget.

Mr. Trump’s budget landed with a thud on Capitol Hill, with even the administration’s staunchest allies lining up against cuts to programs like foreign aid, after-school programs, and agriculture and education.

“America being a force is a lot more than building up the Defense Department. Diplomacy is important, extremely important, and I don’t think these reductions at the State Department are appropriate,” said Senate Majority Leader Mitch McConnell, R-Ky., on Tuesday in an interview with The Associated Press.

“There are things on the domestic side that are extremely important,” Mr. McConnell added, saying he’ll defend the NIH and stave off a plan to eliminate funding for the Appalachian Regional Commission, which funds economic development projects in his state.

The administration’s complete budget request is slated for release in mid-May, far later than is typical even in a presidential transition year.

Defense Secretary James Mattis is testifying on Wednesday before the Senate Appropriations Committee in a defense panel hearing focusing on “the budget and readiness of the Department of Defense.”

Under Mulvaney’s edict, Mr. Mattis is supposed to testify about Mr. Trump’s detailed submission for an immediate $18 billion Pentagon budget hike but say nothing about the $603 billion military budget for the budget year starting in October beyond a two-page summary issued last week.