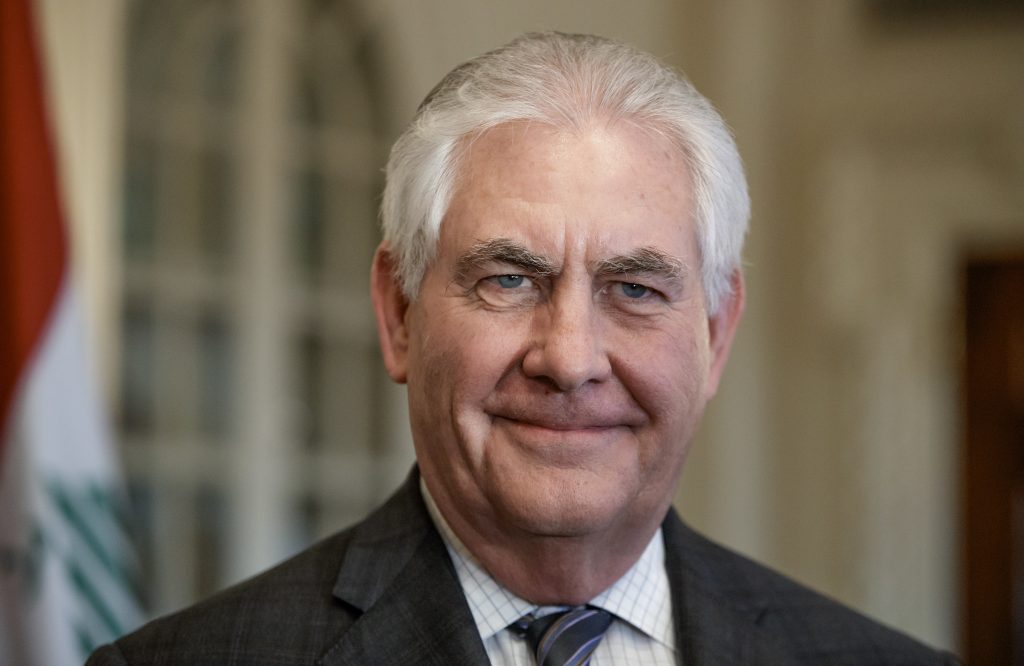 Secretary of State Rex Tillerson has written to the leaders of the U.S. Senate urging the ratification of Montenegro as the newest member of the NATO alliance, saying it is “strongly in the interests of the United States.”

In a letter dated March 7 and seen by Reuters on Tuesday, Mr. Tillerson argued that Montenegro’s membership in the alliance would support greater integration, democratic reform, trade, security and stability among its neighbors.

Moscow opposes any further expansion of the North Atlantic Treaty Organization, and the delay in U.S. approval of Montenegro’s accession has fueled questions about whether President Donald Trump’s administration and his Republican Party will stand up to Russia despite Mr. Trump’s desire for better relations.

The letter emerged amid a flap over the new secretary of state’s relationship with the alliance.

Reuters reported on Monday that Tillerson planned to skip a meeting with NATO foreign ministers next month in order to stay home for a visit by China’s president, while planning a visit to Russia later in April.

On Tuesday, the administration reversed course and proposed new dates for the meeting, which had been set for April 5 and 6 in Brussels.

Montenegro, a former Yugoslav republic with a population of 650,000, hopes to win the required approval of all 28 NATO allies in time to become a full member at a summit in May. By early this month, it had been approved by 24. NATO members see Montenegro’s accession as a way to counter Russia’s efforts to expand its influence in the Balkans.

Objections from at least two Republican senators, Rand Paul and Mike Lee, have blocked a quick vote in the full U.S. Senate for months and Senate leaders have not scheduled a more time-consuming roll-call vote.

Mr. Paul has questioned the wisdom of angering Russia and taking on the potential expense of approving NATO membership for a tiny country that could not play a significant role in defending the United States.

In his letter to the Senate’s Republican majority leader, Mitch McConnell, and copied to Chuck Schumer, the chamber’s top Democrat, Tillerson said it would be “immeasurably helpful” if the Senate scheduled a floor vote to complete ratification procedures in time for Mr. Trump’s participation in the May NATO summit.

“Montenegro’s participation in the May NATO Summit as full member, not as an observer, will send a strong signal of transatlantic unity,” Tillerson added.

“It is strongly in the interests of the United States that Montenegro’s membership in NATO be ratified,” he wrote.

A spokesman for Mr. McConnell said on Monday that no vote had yet been scheduled.

Montenegro’s NATO membership has already been approved by the Senate Foreign Relations Committee. Paul and Senator John McCain, one of the leading Russia hawks in the U.S. Congress, had a heated exchange about the issue in the Senate last week.

Mr. McCain said Paul was working for Russian President Vladimir Putin by blocking a quick vote on Montenegro. Paul called McCain “unhinged” and “past his prime.”