World OPINION: Belarus Is the Latest Thorn in Putin’s Side
World 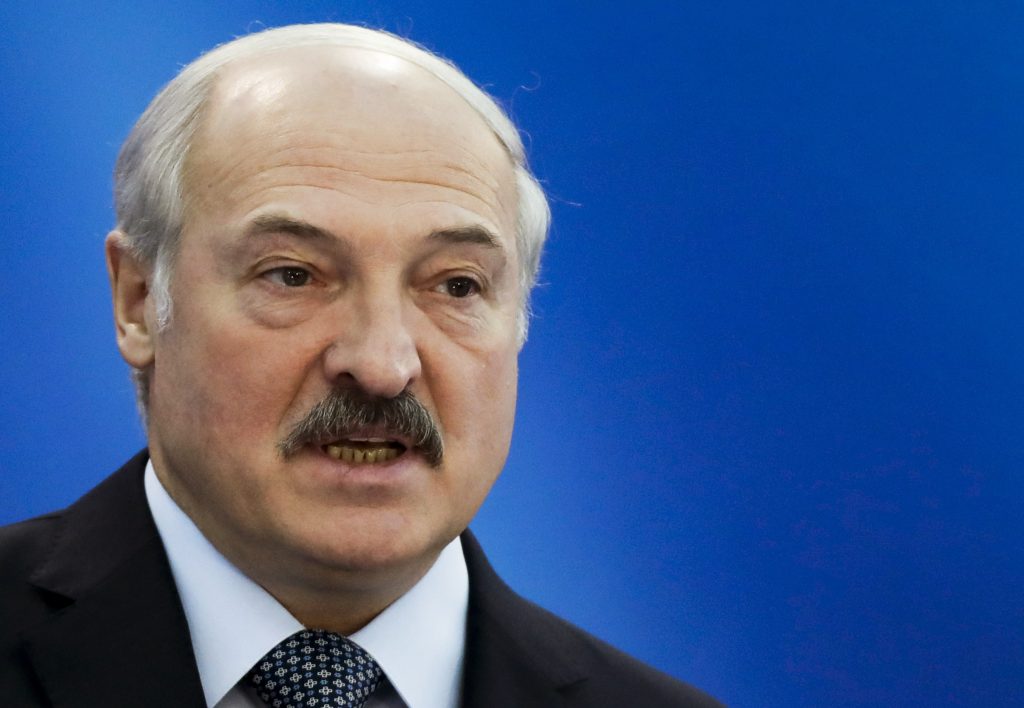 Belarussian President Alexander Lukashenko is caught in the crossfire of a much larger battle. He’d like closer ties with the European Union and weaker ones with Russia, but the drift appears to be drawing popular protests driven by growing dissatisfaction with his repressive policies and failed management of the economy.

Lukashenko, whom Condoleezza Rice once shortsightedly called Europe’s last dictator, has always had more trouble than, say, Ukrainian leaders in trying to play Russia and Europe against each other. His regime was dependent on Russia for cheap natural gas and other indirect subsidies; goodies came at the cost of hewing close to the Kremlin’s course.

Then Russia annexed Crimea in March, 2014, which sparked sanctions from the EU and the U.S. Lukashenko refused to back Putin’s move, fearing his small country would be next in line. When Moscow tried to punish the EU with counter-sanctions, Belarus was hardly in lockstep, happily serving as a fake country of origin for many European products. Last year, Belarus failed to agree with Russia on the price of gas and paid only half what the Russian state supplier, Gazprom, demanded, accumulating more than $500 million in debt — about six weeks’ economic output.

In January, Lukashenko signed a decree allowing the citizens of 80 countries, including Europeans and U.S. citizens, to enter Belarus without visas for five days. This was an attempt to raise tourist revenue in a shrinking economy. But the Kremlin responded by putting out a terse statement and setting up border checkpoints.

Anti-Kremlin European politicians, for their part, noticed with approval that Lukashenko appeared to be in a liberalizing mood. “Visa no longer needed to visit Belarus,” former Swedish Prime Minister Carl Bildt tweeted last week. “As fascinating as unknown. And obviously much to see.”

There is, however, a flip side to liberalization. Last week, thousands of people — large numbers for notoriously passive Belarus — took to the streets throughout the country to protest against a Lukashenko decree that imposed a tax on people who hadn’t worked for six month or more — a Soviet-inspired revenue-boosting measure.

The regime has a history of violently suppressing protest, but this year sweeping violence was out of the question because it would disgust potential European partners. Lukashenko had the protest leaders briefly detained and suspended the offending decree. It’s not clear whether this will have a dampening effect on further protests, scheduled for the coming weekend. Some opposition leaders are hopeful that the regime is beginning to stumble.

“We are witnessing a systemic crisis,” one of them, Nikolai Statkevich, a retired colonel and former political prisoner, told an anti-Lukashenko website. “Russia used to pay for all the fun, but now it cannot keep paying more, and more is constantly needed because the efficiency of this kind of economy is falling. Russia demands more and more in exchange, and giving it up is already dangerous for Lukashenko’s personal power.”

Lukashenko is increasingly paranoid. On Tuesday, he announced that his security forces had detained “several dozen” armed militants who had gotten into Belarus from their training camps in Ukraine and perhaps Poland and Lithuania. The fighters, he claimed, had been trained and funded by his opponents who had fled the country for Eastern Europe.

The accusations against Eastern European states could be the beginning of another pendulum swing away from Europe and toward Russia. Losing a known quantity like Lukashenko would be a disaster for the Kremlin, especially if he’s replaced by a pro-European leader. But Russian money cannot keep putting out Lukashenko’s fires indefinitely; the tactic failed Putin in Ukraine in 2014.

There is an old Russian joke about an experiment: a Russian, a Ukrainian and a Belarussian are told to sit on a chair that has a long sharp nail sticking out of it. The Russian sits down, jumps up cursing, kicks over the chair, hits the experimenter in the face. The Ukrainian leaps up, looks down at the chair, pulls out the nail and puts it in his pocket — it could come in handy. The Belarussian stays put. “Doesn’t it hurt?” the experimenter asks him. “I thought that was the whole point,” the Belarussian answers. But even this legendary patience will eventually run out. Further developments in Belarus are worth watching to see what lessons Putin has drawn from Ukraine, and whether popular discontent can thwart him again.