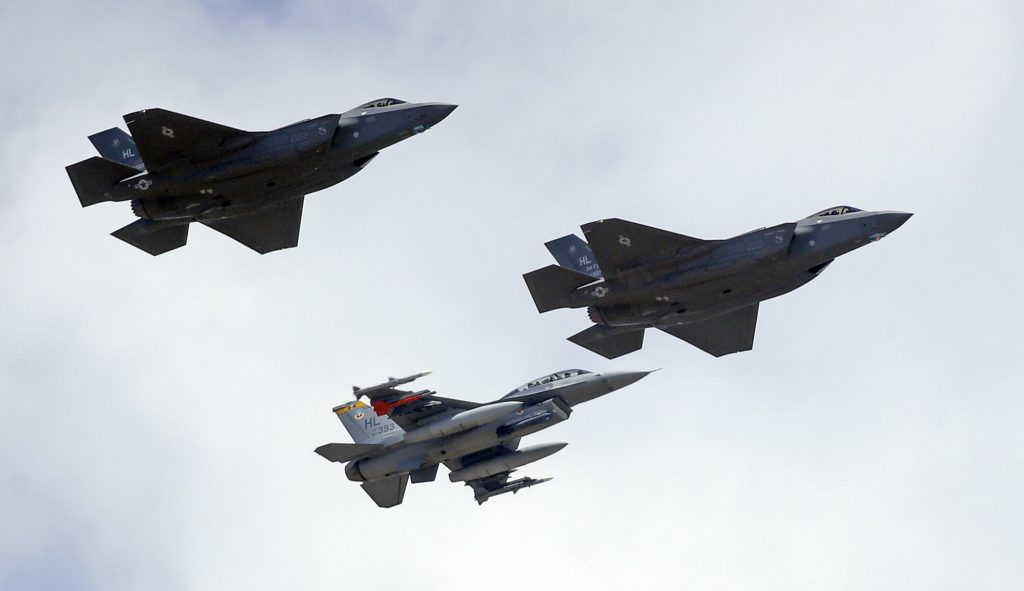 Lockheed Martin Corp. is working with suppliers to squeeze $5 billion from the F-35 fighter jet’s costs as the company negotiates the Pentagon’s biggest order yet of a weapon that has been criticized by President Donald Trump.

“President Trump and his administration have made clear they are focused on being smart buyers,” Lockheed Chief Executive Officer Marillyn Hewson told reporters at a briefing Tuesday in Arlington, Virginia. The president “put a sharper focus on price.”

Business has been anything but usual for Lockheed, the world’s largest defense contractor, since Mr. Trump assumed office. The new president has followed through on his vows to seek higher military spending but also has used his social media bully pulpit to gain leverage in contract talks for the F-35, the priciest U.S. weapons system.

Mr. Trump criticized the jet’s costs as “out of control” late last year and suggested an upgrade of Boeing’s Super Hornet as a possible replacement for at least some of the Navy models of the F-35 Joint Strike Fighter — prompting a review by U.S. Defense Secretary James Mattis. But later the president claimed credit for the $728 million in savings on a $8.2 billion contract for the latest batch of F-35 jets. In his first address to Congress, Mr. Trump praised the stealth fighter as a “fantastic” aircraft.

While the president isn’t involved in talks under way for the 11th and largest production lot of the plane, his presence looms large, Lockheed Chief Financial Officer Bruce Tanner said in an interview.

“I’d like to think that just creates momentum to get Lot 11 done quicker than we have in the past,” he said. “I don’t know that it changes the process, per se.”

The Office of Management and Budget in the blueprint of Mr. Trump’s fiscal 2018 budget listed the purchase of additional F-35 Joint Strike Fighters that would enable the Air Force to “counter the growing number of complex threats” the U.S. faces.

The final Obama administration budget planned to increase F-35 purchases in the next fiscal year to 70 from 63 this year. Then, the number would grow to 80 in fiscal 2019. There’s also a pending “block buy” of 450 aircraft in coming years as the Pentagon seeks a total fleet of 2,443, including 1,763 for the Air Force. By decade’s end, Lockheed has pledged to build the Air Force version of the plane for $85 million or less, Hewson said.

“What Trump has said about the F-35 and his ….. language with Marillyn Hewson suggest the company has overcome the concerns Trump had about his biggest program,” Loren Thompson, an analyst with the Lexington Institute, said before Hewson’s remarks. The nonprofit has received funding from major defense contractors, including Lockheed.

Lockheed will soon know if that’s the case. The Pentagon’s F-35 program manager, Lieutenant General Chris Bogdan, told a House panel last month that he was “in the throes of negotiating” the next order of 120 airplanes, the costs for which would be more than $10 billion. The fighter is Lockheed’s largest program, accounting for 23 percent of total sales.

A Lockheed official told reporters Tuesday the 11th contract may be as high as a 130 aircraft.

The highly sophisticated fighter, the first to be developed to serve the vastly different missions of the various military services, is finally approaching full-rate production, years late. The defense company has dealt with gremlins ranging from an engine fire to malfunctioning software.

But during Hewson’s tenure, Lockheed has kept the Joint Strike Fighter essentially on schedule and close to budget after the Pentagon in 2010 executed the program’s largest reorganization. That added billions of dollars to the development phase and several years for completion, which could occur by mid-2018.

Hewson, 63, has focused on improving Lockheed’s operations and repairing relations with the Pentagon since becoming CEO at the start of 2013. On her watch, the company’s share price almost tripled to $272.03 through the close of trading Monday.

She was upbeat Tuesday about international markets, noting that 40 percent of new sales were generated by customers abroad last year. Overseas buyers will be responsible for more than half of F-35 sales over the next few years, she said.

There, too, Hewson paid tribute to what she called the “Trump effect.” Members of the North Atlantic Treaty Organization are rethinking their plans because of the president’s demand that they spend more on defense, an effort that could mean another $100 billion in defense spending, she said.

Despite the maelstrom that surrounded Mr.Trump’s interest in the F-35, Lockheed CFO Tanner expressed cautious optimism that the company can reach another deal this year and then move into an annual tempo of new contract agreements. And a chance phone call about the program initiated by Mr. Trump at which Boeing Co. CEO Dennis Muilenburg was present hasn’t been a factor, Tanner said.

“They are honorable people,” he said. “Everyone has come out afterwards and said there was nothing underhanded that took place, and I believe that.”