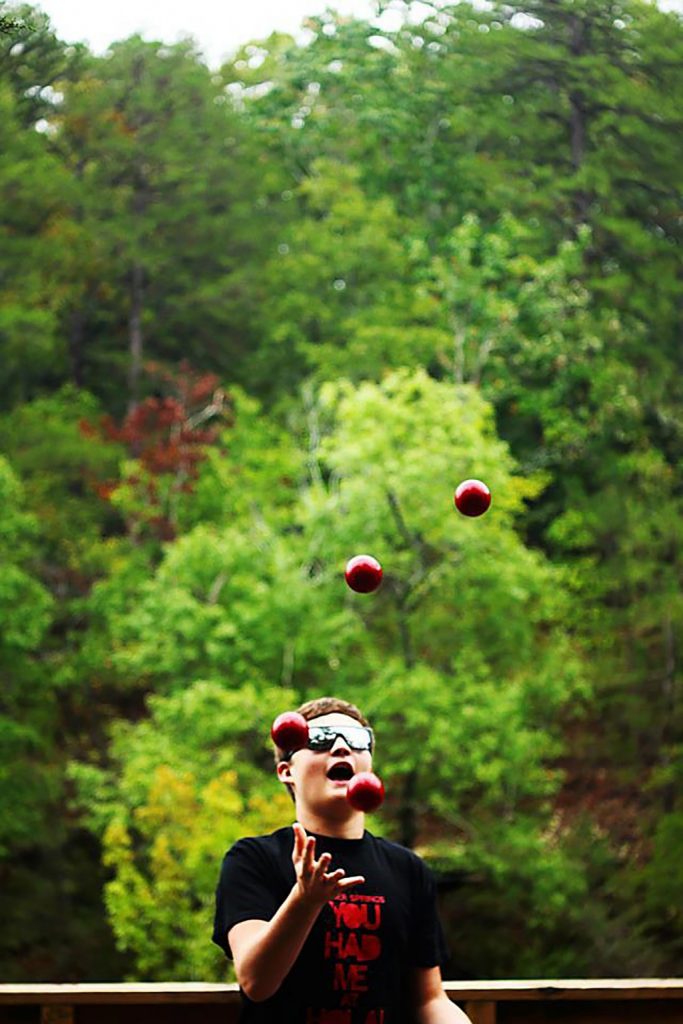 He probably felt a pit forming in his stomach as the lights flashed from behind. Blayk Puckett, that is, who was pulled over late Friday night, March 3, in Arkansas for — of all things — driving too slowly! Oh, and a tail light was out of commission and he had gotten a bit close to the curb. But the officer made it clear that his primary concern was the too-slow driving. “A lot of times,” the officer explained to the hapless university student, “driving like that means alcoholic influence.” Of course, none of that would make for newsworthiness. What did draw the attention of millions is how Puckett proved he was, indeed, 100-percent sober.

After checking Puckett’s license and registration (and, of course, spending the requisite few minutes in the patrol car so that the unfortunate victim can stew in his anxiety-driven bile), the officer bade Puckett to exit his vehicle, and he noticed Puckett’s bulging pocket: “What’s that in your pocket?” Obviously nervous (after all, the tally of dead at the hands of police officers lately is nothing to scoff at) — and raising his hands in the “please don’t shoot, I don’t have a gun” position — Puckett responded, “Well, this is going to sound strange, but I’m a magician and it’s a prop.”

Well, that completely changed the course of the event. Relishing the opportunity for a reprieve from an otherwise impossibly boring shift of endless monotony, the officer asked Puckett if he wouldn’t mind doing some tricks. “No pressure, though,” he added. “Only if you really don’t mind… By the way, is that why your license plate is JUGGLER?” “Yes, I also juggle,” Puckett answered. “If you’d rather, I can show you some juggling.” And he proceeded to do just that. Puckett’s act was quite impressive, particularly so, considering that most people in his situation would feel awfully nervous and vulnerable (if not incipient or full-blown nausea). “Well, you definitely are sober if you can do that!” the officer said, clearly delighting in the unexpected entertainment. And, with that, they let Blayk Puckett continue on his way.

Certain forms of entertainment — such as, say, spending endless hours typing (or should we call it “thumbing”?) an almost meaningless jumble of abbreviations, sentence particles, and emoticons — are decidedly contemporary. But juggling has a long history. I don’t know that because of having any expertise in history literature — I don’t — but because the Gemara ( Sukkah 53a) describes it as being a form of entertainment that was used in the presence of notables such as Rabi Yehudah Hanasi and Shevor Malka (a title used by the Gemara as a reference to the Persian King). Juggling (fiery torches!) was even incorporated into simchas beis hasho’eivah festivities in the Beis Hamikdash. The entertainment-appeal of juggling clearly spans epochs, cultures, and continents. It’s something that just about everyone enjoys, irrespective of place, time and individualities.

Of course, it may just be plain enthralling to witness the combination of agility, swiftness, flawless hand-eye coordination, total concentration and, of course, confidence that are all required to enable the juggler to perform a feat that most can’t do. Not necessarily because they inherently lack the talent, but because they never worked on developing it. But perhaps there is a deeper, universal chord that juggling strikes in the hearts of mankind. Particularly, seeing that any entertainment employed as part of the avodah of the simchas beis hasho’eivah or in the presence of Rabi Yehudah Hanasi certainly must possess a deeper, enduring meaning.

Life, inevitably, encompasses a multitude of components; often, many of them vying for us to move in different directions and in different ways — all at the same time! It can be quite a juggling act to balance it all. Keeping track of all the “balls” (or, sometimes, glass cups or even flaming torches), facilitating the smooth procession and flow of them all, and making sure that none of them accidentally falls, is quite a tall order. Most of us don’t manage to get it just so all the time. And that’s okay. It’s to be expected. When we see someone who does manage to perform to perfection — even if only symbolically — it understandably elicits some well-deserved oohs and ahs.

And when operating under duress — as Blayk Puckett was when he performed so late at night for police officers who suspected him of drunk driving (and perhaps illegal possession of concealed firearms?) — the demands of life’s juggling act grows to exponentially greater proportions. Understanding that is not only reason to appreciate the expert “jugglers” we infrequently encounter, but also to recognize that sometimes “missing a ball” (or dropping all of them!) is an inevitable occurrence for most of us, and that we have but to do our best to, as quickly as possible, pick up where we left off, and enjoy the show!