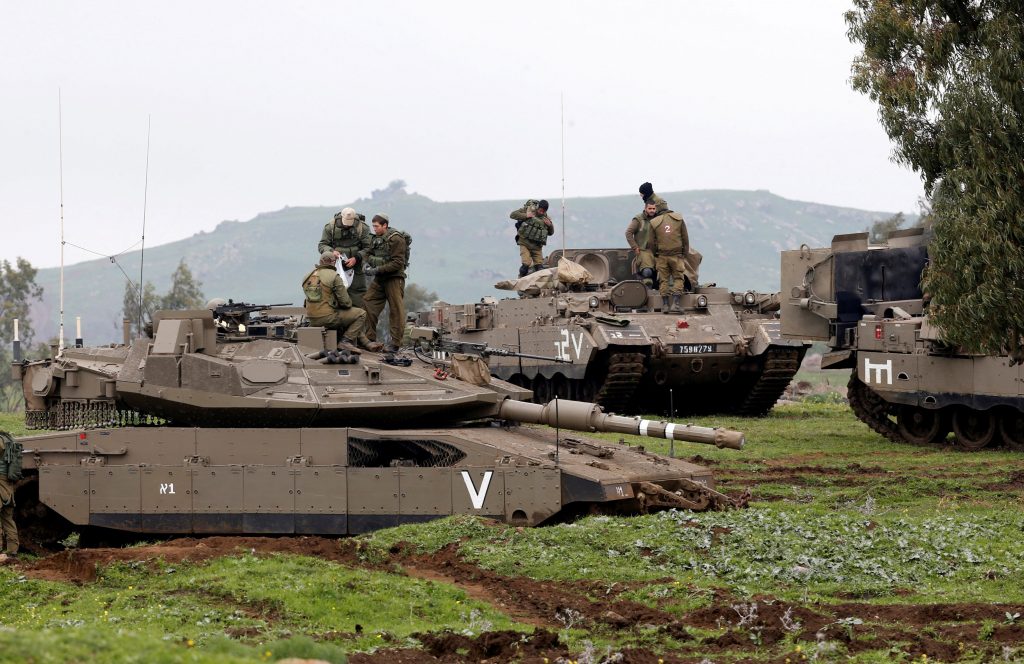 Russia and other world powers must move to limit Iran’s growing military strength in Syria because it poses a regional threat, the director general of Israel’s Intelligence Ministry told Reuters in an interview.

Israeli officials estimate Iran commands at least 25,000 terrorists in Syria, including members of its own Revolutionary Guard, Shi’ite militants from Iraq and recruits from Afghanistan and Pakistan. It also coordinates the activities of the powerful Lebanese militia Hezbollah.

“As we speak, relations between Iran and Syria are getting tighter,” said Chagai Tzuriel, the top civil servant in Israel’s Intelligence Ministry, who spent 27 years in Mossad, including as station chief in Washington.

“Iran is in the process of putting together agreements, including economic agreements, with Syria to strengthen its hold, its ports and naval bases there,” he said in a rare interview. “There is a need for Russia and other powers to work to avoid the threat that Iran ends up with military, air and naval bases in Syria.”

Israel has long warned about the threat from Iran, especially its perceived desire to acquire nuclear weapons, but now sees a rising territorial squeeze, with Tehran’s influence reaching in an arc from Lebanon in the north to Gaza in the south, where it has links to Islamist groups.

Iran maintains it wants a nuclear capability only for domestic energy and scientific research purposes, and has so far largely stuck to the terms of the nuclear deal agreed with the United States and other world powers in 2015.

Tzuriel said the conflict in Syria, now in its seventh year, had created a number of imbalances in the region – whether between Sunni and Shiite Muslims, Iran and Turkey, Kurds and Arabs, Turkey and Syria, Russia and the United States – that needed to be kept contained and shifted back into equilibrium.

A lot of the responsibility for that rests with Russia, which has become the biggest player in the region and is capable of exerting the most influence, he said.

“When it comes to Iran, the United States, Russia and other powers need to understand that [growing Iranian influence in Syria] is going to be a constant source of friction,” said Tzuriel, adding that it could reduce Moscow’s own influence in the region and set back the gains it has made in Syria.

“Russia has a vested interest in keeping that threat contained.”

Israel Prime Minister Binyamin Netanyahu has met Russian President Vladimir Putin five times since Sept. 2015, largely in an effort to ensure communications are open and there are no misunderstandings over Syria, where Israeli fighter planes have occasionally bombed targets, including last week. Syria fired a missile in response and Moscow called in Israel’s ambassador to discuss the Israeli raid.

“We don’t view Russia as the enemy and I don’t think they view us as the enemy either,” said Tzuriel, but he suggested Russia would need to work with others, including the United States, to keep a lid on the forces at play in Syria.

“We have to assume that the Russians want stability, they want a Pax Russiana in the region,” he said.

“If they want a stabilization, they can’t do it alone. They need the United States, they need regional powers, they need opposition parties and militias, even those that are not exactly Russia’s cup of tea.”

After a career in intelligence gathering, Tzuriel drew a distinction between intelligence and strategy. After years of conflict and more than 500,000 dead, it was still incumbent on the parties tied to Syria to fix a strategic outcome.

“We have to decide what we want [in Syria] or what we don’t want,” he said. “The main strategic threat right now is what happens in Syria, it is the key arena. There’s no place in the world that has so many elements wrapped up in it.”