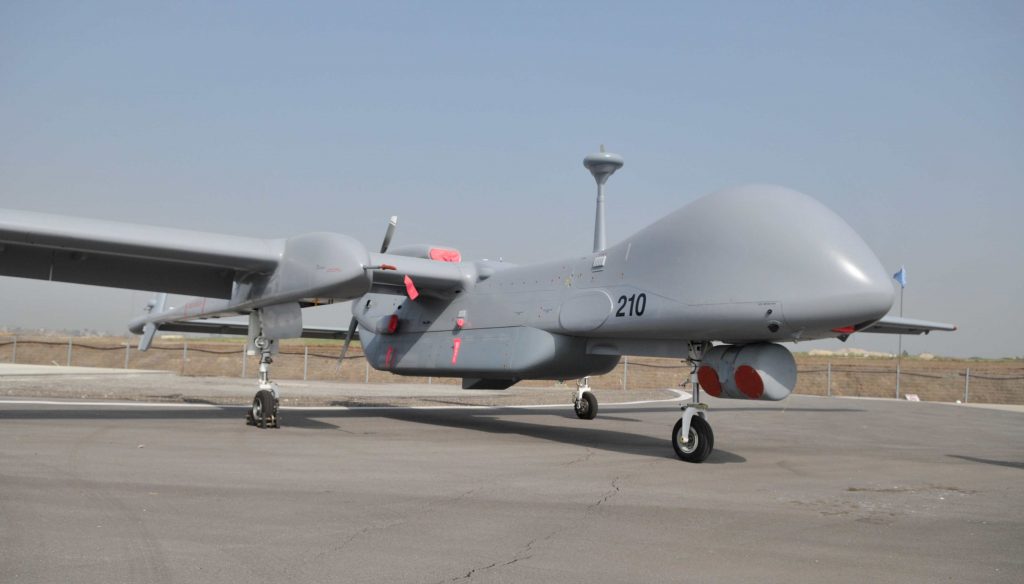 The IDF said Tuesday that an Israeli drone fell inside Syrian territory. The incident occurred in recent days. The drone was not an advanced model and was not carrying any data that could compromise Israeli security, the army said in a statement.

The IDF statement is a confirmation of claims by Syria in recent days that it had captured an “advanced Israeli aircraft.” Images of the drone had appeared over the weekend in Syrian media. Israeli officials had not commented on those reports until Tuesday. In the statement, the IDF said that it was investigating what caused the drone to crash.

This is the third report of an Israeli incursion into Syria in less than a week. On Sunday, an Israeli drone reportedly struck a target on the Syrian side of the Golan Heights, killing a man who was driving a van in the Quneitra area. Reports said that the targeted individual was Yasser al-Sayed, a commander in Syria’s air defense unit, according to Channel 2. Israel did not comment on the report. Overnight last Thursday, IDF forces struck in Syria, hitting several targets, including what security officials said was a shipment of advanced Iranian missiles that were being delivered to Hezbollah terrorists in Lebanon. Syrian army forces fired antiaircraft missiles at the Israeli planes. None were hit, but as the Syrian missiles were fired in the direction of the Jordan Valley, the Red Alert early warning system went into action, sounding a loud siren at about 2:30 a.m. that sent residents scurrying for shelter.

On a visit to Russia, Syrian President Bashar al-Assad said that Russia could, and should, force Israel to stop its incursions into Syria. The Tass news agency quoted Assad as telling Russian reporters that “I think Russia can play an important role in that regard [of curbing Israeli incursions], and the whole policy of Russia is based on international law, it’s based on the Charter of the United Nations, and the Security Council resolutions. So, they can discuss the same issues with the Israelis depending on these criteria, and they can play a role in order that Israel not attack Syria again in the future.”