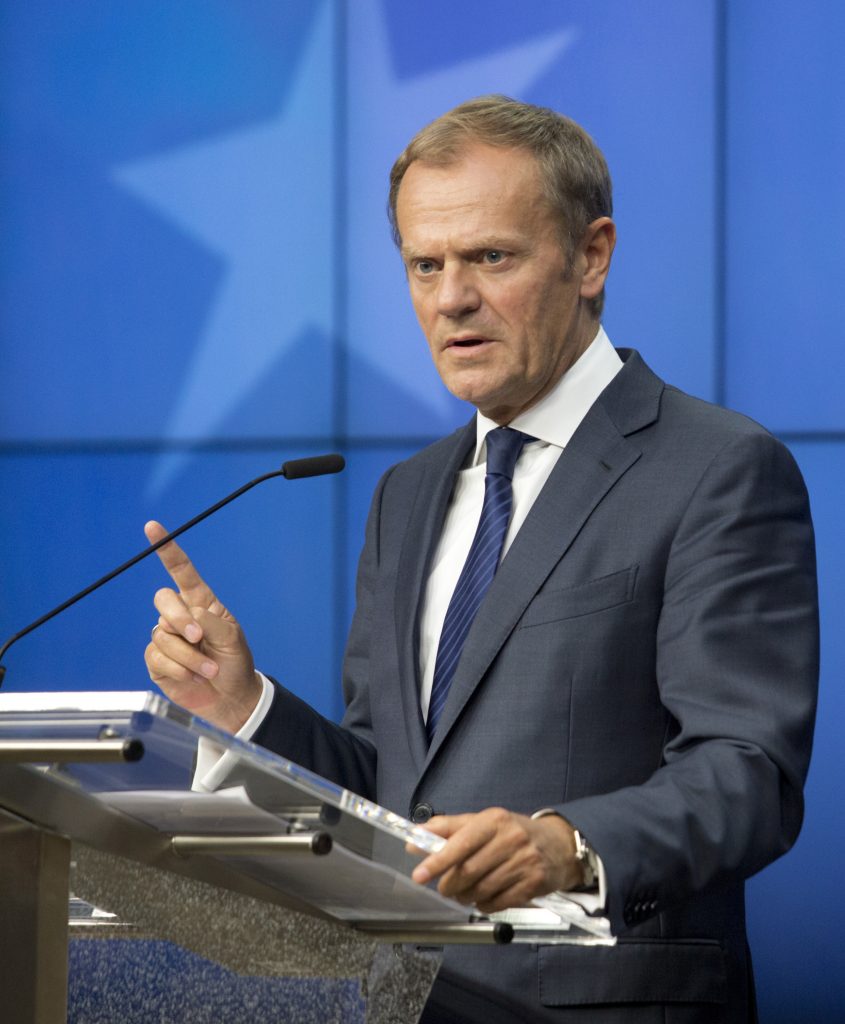 The 27 European Union nations will hold a special Brexit summit on April 29 — one month after Britain plans to trigger divorce proceedings with the EU — to decide on the guidelines for the next two years of negotiations with the U.K.

EU Council President Donald Tusk said Tuesday that the “Brexit guidelines” will primarily give citizens, companies and all member states “certainty and clarity” on how the talks will go.

Britain is excluded from the summit.

On Monday, Britain announced it will formally trigger negotiations to exit the EU on March 29.