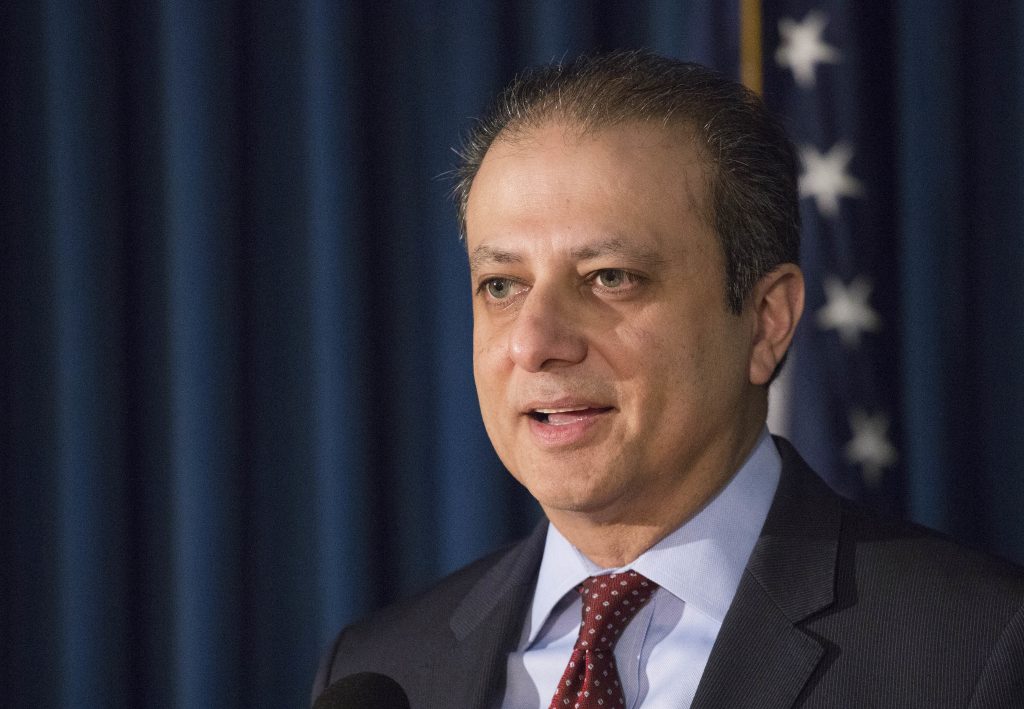 Mr. Preet Bharara, the fired U.S. Attorney for the Southern District of New York, who made his reputation as a corruption buster and Wall Street enforcer, is joining the New York University School of Law as a distinguished scholar, school officials said.

Bharara, who successfully prosecuted hedge-fund managers for insider trading and New York state lawmakers for corruption, will join the school on April 1. He was fired this month by President Donald Trump after refusing a call by Attorney General Jeff Sessions to resign. Bharara was considered the most influential of the 94 U.S. attorneys.

“I am thrilled for this opportunity to continue addressing the issues I so deeply care about — criminal and social justice, honest government, national security, civil rights and corporate accountability, to name a few,” Mr. Bharara said in the NYU statement.

Bharara was one of 46 U.S. attorneys appointed by President Barack Obama asked to resign this month. Mr. Bharara, who said that President Trump asked him in November to stay on, refused to quit and announced on Twitter the next day that he’d been fired.

When he departed, Mr. Bharara was investigating the fundraising practices of New York Mayor Bill de Blasio. Within days, Bharara successor Mr. Joon Kim, the acting U.S. attorney, said he wouldn’t bring charges against the mayor or his aides, noting that “the particular difficulty in proving criminal intent in corruption cases.”