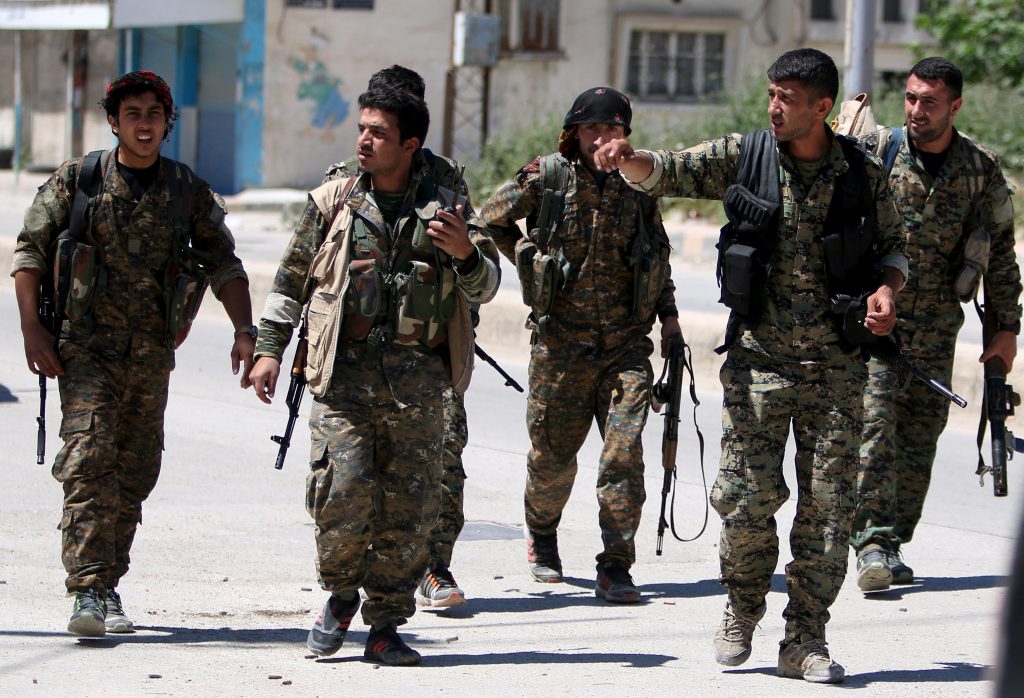 The Syrian Kurdish YPG militia said Russia was setting up a military base in northwestern Syria under a bilateral agreement and will help train its fighters — a step that would anger Turkey as it tries to block Kurdish gains near its borders.

The Russian defense ministry, however, said it had no plans to open any new military bases in Syria; it said a branch of its “reconciliation center,” that negotiates local truces between the warring sides in Syria, had been located in Aleppo province near Afrin.

One of the major forces in the Syrian conflict, the YPG is also a military ally of the United States and is playing a major part in U.S.-backed operations against Islamic State in areas of Syria further to the east.

YPG spokesman Redur Xelil told Reuters the agreement had been concluded on Sunday and that Russian troops had already arrived at the position in the northwestern region of Afrin with troop carriers and armored vehicles. “It is the first (agreement) of its kind,” he said in a written message.

Such an agreement would further illustrate how the Syrian Kurds have managed to bring both Washington and Moscow onto their side after showing themselves as an organized force able to confront jihadist groups and take back territory from Islamic State.

A Russian deployment would help deter cross-border attacks against the Kurdish-dominated area of Afrin from Turkey, which is hostile to the YPG, seeing it as an arm of the Kurdistan Workers Party (PKK) that is pressing an insurrection in Turkey.

Earlier this month, some 100 km (60 miles) further east, a deployment of U.S. forces near Manbij deterred a Turkish attack against YPG-allied fighters who control that city, after Ankara and its Free Syrian Army rebel allies vowed to take it.

Turkish Deputy Prime Minister Numan Kurtulmus said in response to a question on Afrin that Ankara would never allow a “terror region, a terror state” to be established in northern Syria, in reference to the YPG.

“We have conveyed this to all interested parties in almost every meeting. The Russians know this, and the Americans know this and other countries know this,” Kurtulmus said during a news conference in Ankara.

YPG control over swaths of northeastern Syria and the Afrin region of its northwest is of great concern to Turkey.

Helped by allied FSA groups, Turkey has been waging an offensive in northern Syria to stop the YPG creating a contiguous Kurdish territory along most of its border with Syria.

Kafr Jina — the area where the Russian deployment is being set up — has previously been shelled by Turkish forces from across the nearby frontier, Xelil said. He declined to say how many Russian troops had arrived in Kafr Jina.

“The agreement came into force today,” he said.

Xelil said the YPG had shown its effectiveness in “fighting terrorism.” “This is what pushed many forces to cooperate and make alliances with the YPG,” he said.

The YPG also said on Monday it planned to expand its force by about two thirds to more than 100,000 fighters this year with the aim of turning it into a more organized force that resembles a traditional army.

Russia deployed its air force in Syria in 2015 in support of Syrian President Bashar al-Assad in his war against insurgents battling to unseat him. Despite a long history of enmity between the Syrian Kurds and government, the YPG and Damascus have mostly avoided conflict in the six-year-old conflict.

“The Russian presence … comes in agreement between (the YPG) and the Russian forces operating in Syria in the framework of cooperation against terrorism and to help train our forces on modern warfare and to build a direct point of contact with Russian forces,” Xelil said in a written statement.

Turkey has been pressing Washington to abandon its alliance with the YPG and instead back its rebel allies in a final assault to capture Raqqa city, Islamic State’s remaining redoubt. The head of the YPG told Reuters last week the assault would begin in early April, and that the YPG would take part alongside Arab fighters.

The Pentagon said no decision had been taken.

U.S. support in the fight against Islamic State is funneled to an alliance of militias called the Syrian Democratic Forces, which includes the YPG. Ankara views it as a front for the YPG.