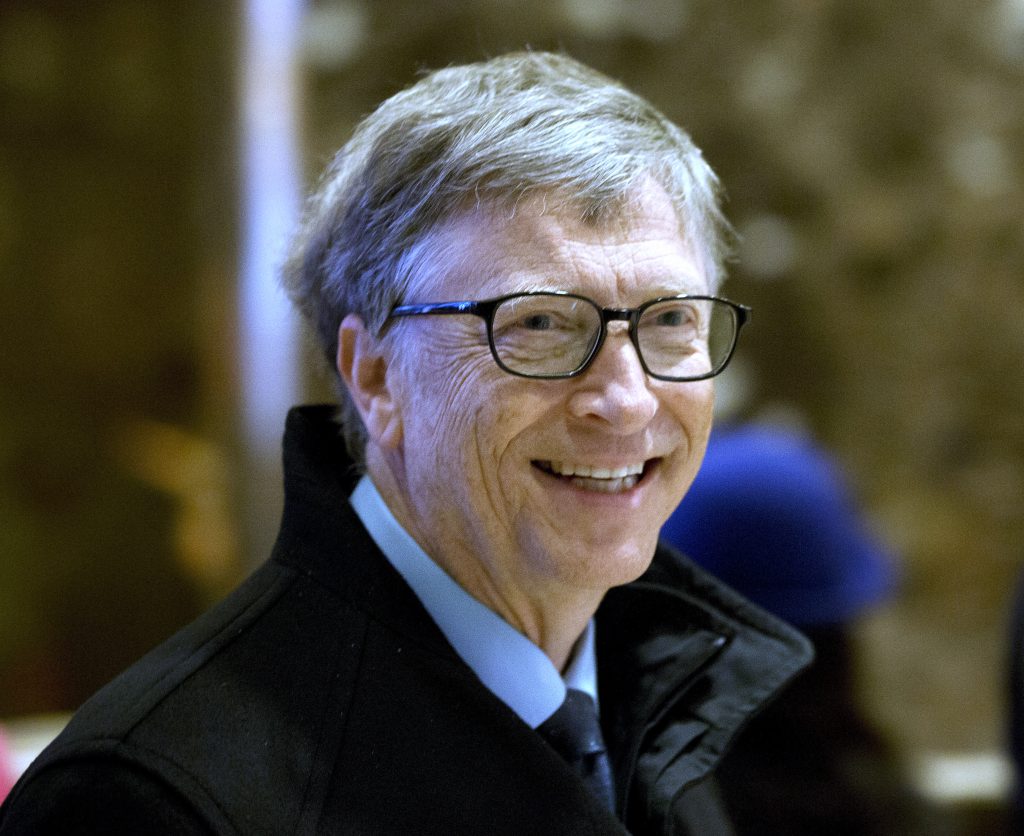 President Donald Trump met with Microsoft co-founder Bill Gates at the White House on Monday, just days after releasing a budget proposal that would impose deep cuts on funding for many of the causes championed by the billionaire philanthropist.

White House spokesman Sean Spicer said the two spoke about their “shared commitment to finding and stopping disease outbreaks around the world.” Gates, who wrote an article saying the cuts to foreign aid that Trump proposed would make America “less safe,” didn’t speak to reporters afterward.

Gates, the richest man in the world, with a net worth of more than $86 billion as of Friday, according to the Bloomberg Billionaires Index, has spent much of his time in recent years promoting global development and health through the Bill and Melinda Gates Foundation.

Sarah Logan, a spokeswoman for the foundation, said in a statement after the meeting that the organization “has a long history of working with officials on both sides of the aisle to pursue shared priorities like global health and development and domestic education.”

“Bill will meet with members of the administration and congressional leaders to discuss the tremendous progress made to-date in these areas and the critical and indispensable role that the United States has played in achieving these gains,” she added.

While Gates didn’t endorse a candidate in the 2016 presidential election, his foundation was one of the largest donors to the Clinton Foundation, giving more than $25 million to the charity run by Bill, Hillary and Chelsea Clinton.

The release last week of Trump’s budget proposal, which cut U.S. funding for aid programs across the world, prompted a rare public rebuke from the Gates Foundation. CEO Sue Desmond-Hellman said in a statement the foundation was “deeply troubled” that Trump’s budget proposal “disproportionately affects the poorest people abroad and at home.”

Rob Nabors, the foundation’s director of U.S. policy, advocacy and communications, said the government’s success in combating global health pandemics, extreme poverty and diseases such as polio could be reversed under Trump’s proposed budget. Cutting funding for development ultimately undermines U.S. security by creating a more unstable world that’s ripe for conflicts, he said in an interview last week.

Nabors, who served as the White House deputy chief of staff for policy during the Obama administration, said he expected Gates to express his concerns about the budget proposal during the meeting with Trump.

The Trump administration asked for a 28.5 percent cut in international programs, including the State Department and the U.S. Agency for International Development, for the year that begins Oct. 1, versus fiscal 2016, the last year Congress enacted full-year spending legislation.

The administration also would eliminate payments to the Global Climate Change Initiative and end payments to U.N. climate change programs. It would scrap the Emergency Refugee and Migration Assistance program, calling it “duplicative” of other efforts.

Trump proposed cutting $5.8 billion from the National Institutes of Health, about a fifth of the current budget. Nabors said global pandemics could increase if the budget were passed into law.

The meeting is Gates’ second with Trump since his election. The two also spoke at Trump Tower in December as the then-president-elect was selecting members of his cabinet.

“We had a good conversation about innovation, how it can help in health, education, the impact of foreign aid and energy,” Gates said after that meeting in New York.