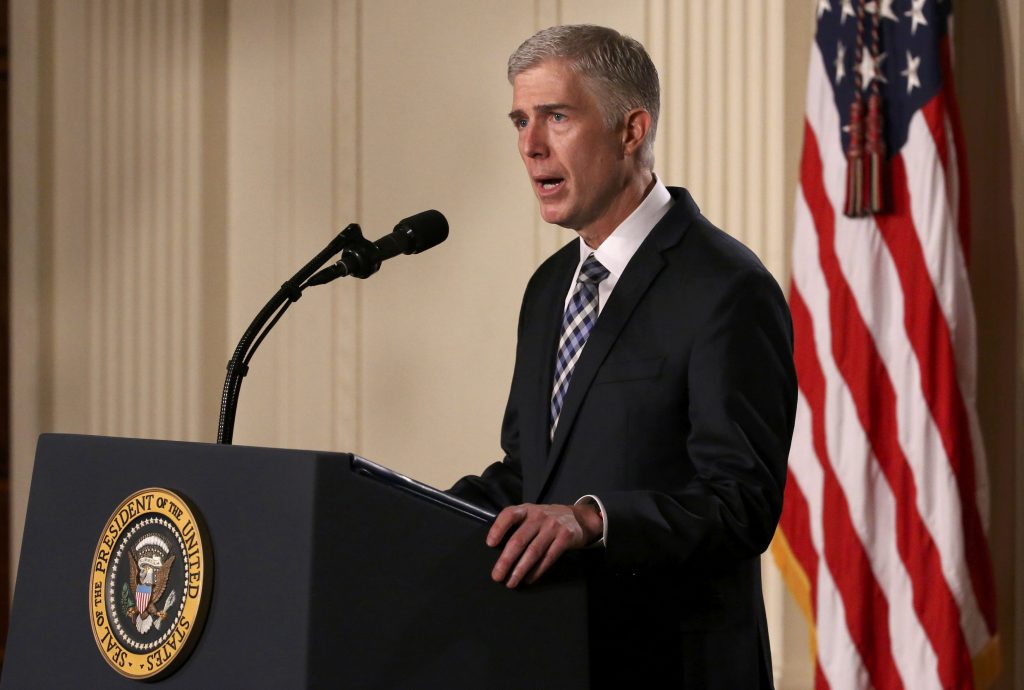 Thirteen months after Antonin Scalia’s death created a vacancy on the Supreme Court, hearings get underway on President Donald Trump’s nominee to replace him.

Judge Neil Gorsuch, 49, is a respected, highly credentialed and conservative member of the Denver-based 10th U.S. Circuit Court of Appeals. His nomination has been cheered by Republicans and praised by some left-leaning legal scholars, and Democrats head into the Senate Judiciary Committee hearings on Monday divided over how hard to fight him.

The nomination has been surprisingly low-key thus far in a Capitol distracted by Trump-driven controversies over wiretapping and Russian spying as well as attempts to pass a divisive healthcare bill. That will change this week as the hearings give Democratic senators a chance to press Gorsuch on issues like judicial independence, given President Trump’s attacks on the judiciary, as well as what they view as Gorsuch’s own history of siding with corporations in his 10 years on the bench.

The first day of the hearings, Monday, was yo have featured opening statements from senators and Judge Gorsuch himself. Questioning will begin on Tuesday, and votes in committee and on the Senate floor are expected early next month.

“Judge Gorsuch may act like a neutral, calm judge, but his record and his career clearly show that he harbors a right-wing, pro-corporate special interest agenda,” Senate Minority Leader Chuck Schumer of New York said at a recent news conference featuring sympathetic plaintiffs Judge Gorsuch had ruled against. One was a truck driver who claimed he’d been fired for abandoning his truck when it broke down in the freezing cold.

Judge Gorsuch’s supporters dispute such criticism and argue that the judge is exceptionally well qualified by background and temperament, mild-mannered and down to earth, the author of lucid and well-reasoned opinions.

As for the frozen truck case, Judge Gorsuch wrote a reasonable opinion that merely applied the law as it was, not as he might have wished it to be, said Leonard Leo, who is on leave as executive vice president of the Federalist Society to advise President Trump on judicial nominations.

“His jurisprudence is not about results,” Leo said.

Judge Gorsuch told Democratic senators during private meetings that he was disheartened by President Trump’s criticism of judges who ruled against the president’s immigration ban, but Schumer and others were dissatisfied with these comments and are looking for a more forceful stance on that issue and others.

Democrats have struggled with how to handle the Gorsuch nomination, especially since the nominee is hardly a fire-breathing bomb-thrower. Democrats are under intense pressure from liberal voters to resist Trump at every turn, and many remain irate over the treatment of Merrick Garland, President Barack Obama’s nominee for the Supreme Court, who was denied so much as a hearing last year by Majority Leader Mitch McConnell.

Several of the more liberal Senate Democrats have already announced plans to oppose Judge Gorsuch and seek to block his nomination from coming to a final vote. But delay tactics by Democrats could lead McConnell to exercise procedural maneuvers of his own to eliminate the 60-vote filibuster threshold now in place for Supreme Court nominations, and with it any Democratic leverage to influence the next Supreme Court fight.

Republicans control the Senate 52-48. The filibuster rule, when invoked, requires 60 of the 100 votes to advance a bill or nomination, in contrast to the simple 51-vote majority that applies in most cases.