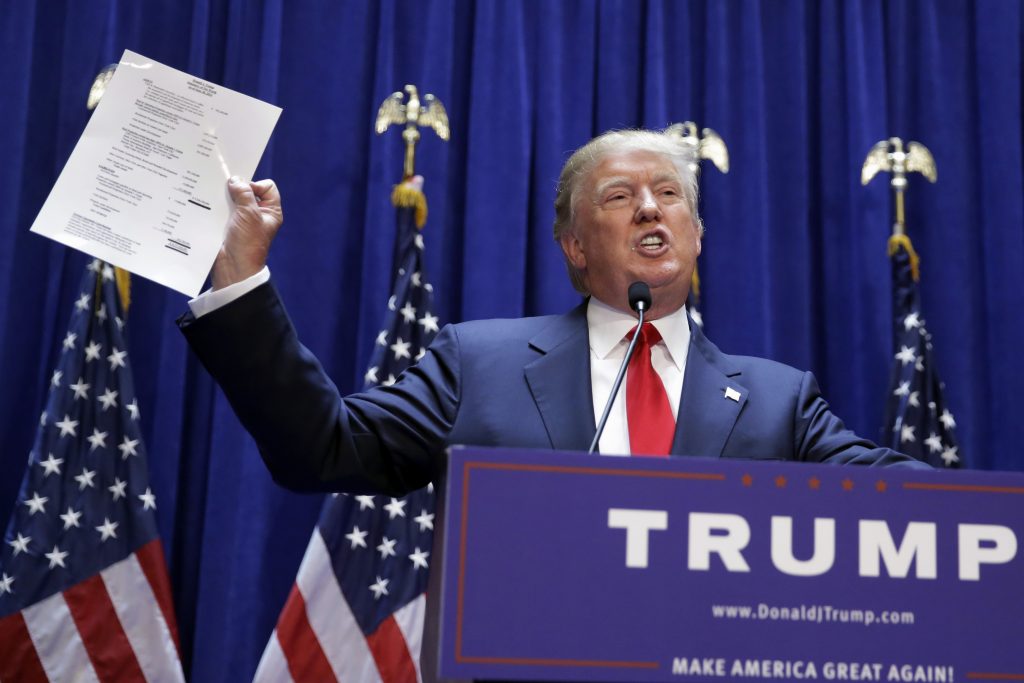 While Donald Trump’s political fortunes were rising, his net worth was dropping to a mere $3.5 billion, or roughly a third of what he claimed during his successful campaign for the U.S. presidency, according to the latest Forbes list of the world’s billionaires.

Mr. Trump tumbled more than 100 spots to No. 544 on the magazine’s 31st annual list, largely because of the impact of the slumping New York real estate market on his holdings.

“Midtown Manhattan real estate is down; therefore, so is Donald Trump’s fortune,” the business magazine said in a statement.

The developer-turned-politician, who ranked No. 205 last year, fell further behind Bill Gates, the list’s perennial leader.

Gates, the philanthropic co-founder of Microsoft Corp. , was followed this year by Berkshire Hathaway Inc. Chairman Warren Buffett at No. two and Amazon.com Inc founder Jeff Bezos at No. three.

While Mr. Trump’s net worth slipped, more people were qualifying for the list. This year Forbes ranked a record 2,043 billionaires.

Mr. Trump’s current $3.5 billion net worth compares with $3.7 billion in October, when Forbes published its list of the 400 wealthiest Americans and a month before his Election Day upset against Democrat Hillary Clinton.

While campaigning for the Republican presidential nomination in May, Mr. Trump’s team filed a personal financial disclosure form that said his net worth was more than $10 billion.

Critics have said he has inflated the true value of his wealth, saying his tax returns would provide a more accurate snapshot of his financial status. But Mr. Trump has defied convention and refused to release his returns.

Neither the White House nor the Trump Organization, which Mr. Trump’s sons have run since their father’s inauguration, immediately responded to a request for comment on the Forbes list.

Gates maintained his No. one spot for the fourth year in a row, with his $86 billion fortune up from last year’s $75 billion.

Buffett, the legendary value investor known as the “Oracle of Omaha,” reclaimed the No. two berth after a two-year hiatus. His net worth surged to $75.6 billion from $60.8 billion.

Third place went to Bezos, who apparently was the biggest winner on the 2017 list. His wealth jumped to $72.8 billion, a gain of $27.6 billion from last year, Forbes said.