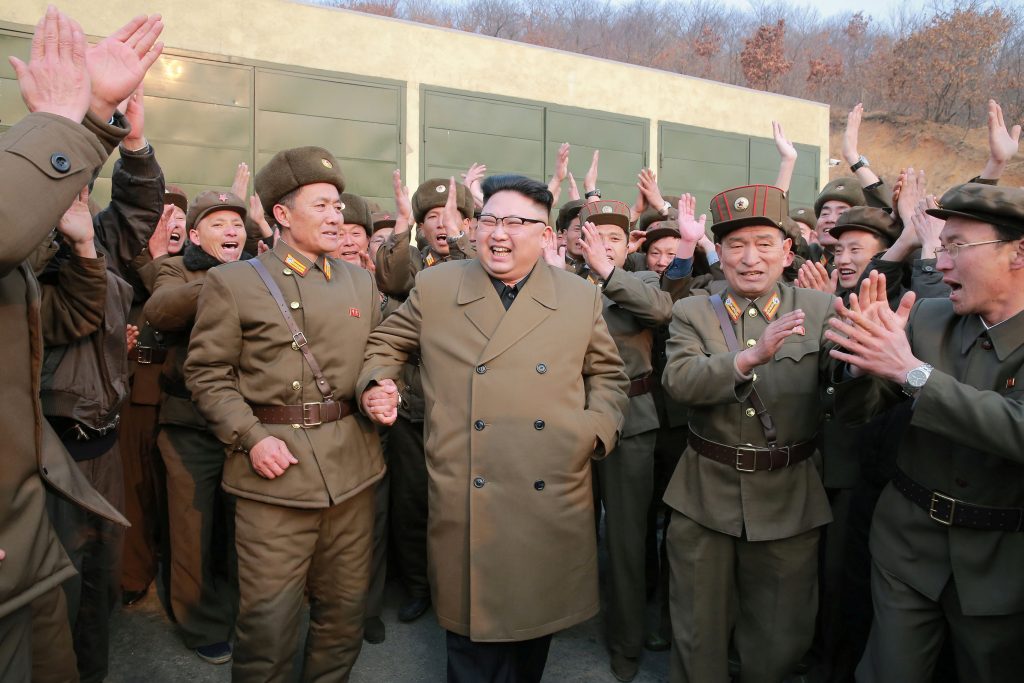 North Korea said Monday it is not frightened by U.S. threats of possible pre-emptive military action to halt its nuclear and missile buildup.

A spokesman for North Korea’s Foreign Ministry slammed U.S. Secretary of State Rex Tillerson’s recent talk of tougher sanctions, more pressure, and possible military action, and said the North would not be deterred in its nuclear program.

“The nuclear force of (North Korea) is the treasured sword of justice and the most reliable war deterrence to defend the socialist motherland and the life of its people,” the official Korean Central News Agency quoted the spokesman as saying.

Mr. Tillerson recently visited Japan, South Korea and China on a trip that focused on North Korea’s nuclear program. On Friday, he signaled a tougher strategy that left open the possibility of pre-emptive military action.

“Let me be very clear: The policy of strategic patience has ended,” he said after visiting the heavily militarized border between the rival Koreas. “We are exploring a new range of diplomatic, security and economic measures. All options are on the table.”

A day earlier, in Japan, Tillerson had described the past 20 years of U.S. policy toward North Korea as a failure and vowed a comprehensive policy review under U.S. President Donald Trump.

KCNA quoted the unidentified Foreign Ministry spokesman as saying the U.S. should accept that North Korea is a nuclear-capable nation that “has the will and capability to fully respond to any war the U.S. would like to ignite.”

“If the businessmen-turned U.S. authorities thought that they would frighten (North Korea), they would soon know that their method would not work,” he said.

North Korea has accelerated its weapons development, violating multiple U.N. Security Council resolutions without being deterred by sanctions. It conducted two nuclear test explosions and 24 ballistic missile tests last year. Experts say it could have a nuclear-tipped missile capable of reaching the U.S. mainland within a few years.