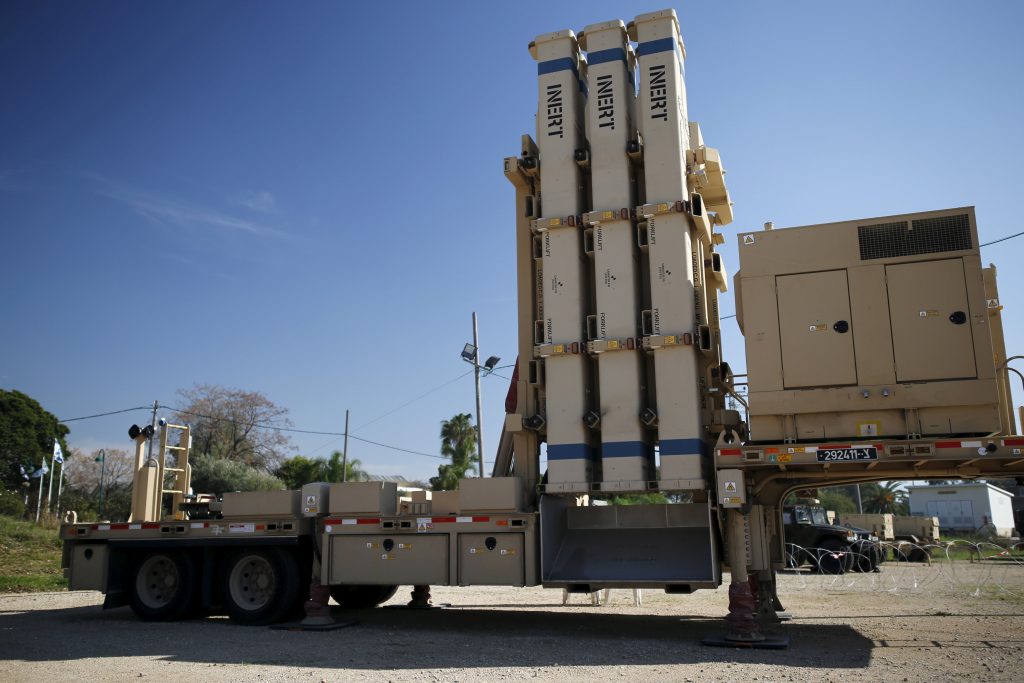 He said Monday that David’s Sling, meant to counter medium-range missiles possessed by Iranian-backed Hezbollah terrorists in Lebanon, will be operational in early April.

This marks the completion of Israel’s missile defense system, he said.

That includes the Arrow, designed to intercept ballistic missiles in the stratosphere from long-range threats like Iran, and Iron Dome that defends against short-range rockets from Gaza. The official spoke anonymously in line with protocol.

Israeli deployed its Arrow system Friday when Syria fired missiles at its jets on a mission to destroy a weapons convoy bound for Hezbollah.