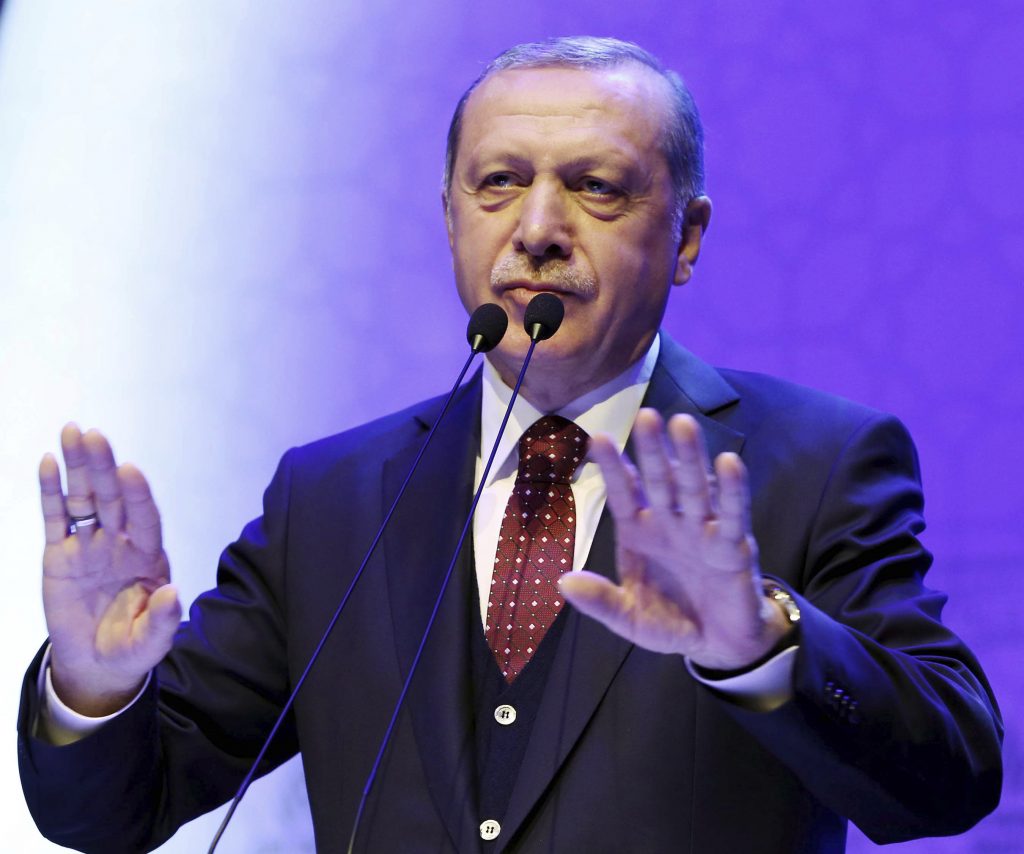 Chancellor Angela Merkel said Monday her demand that Turkey cease drawing Nazi comparisons with Germany and its allies applies “without ifs or buts,” and pointed to a government threat last week that it could prevent Turkish politicians entering the country.

Sunday’s accusation was the latest escalation in a string of comments by Turkish officials drawing Nazi parallels with present-day Germany and the Netherlands in a dispute over restrictions on Turkish ministers campaigning there for an upcoming referendum.

Some local German authorities have decided to block appearances by Turkish ministers, but Mrs. Merkel’s federal government — unlike its Dutch counterpart — so far has made no such decisions. Her chief of staff, though, did say last week that it reserves the right to impose entry bans as a “last resort.”

“My comment that the Nazi comparisons on Turkey’s part must end is valid without ifs or buts,” Mrs. Merkel said at a joint press conference with visiting Japanese Prime Minister Shinzo Abe in Hannover.

“Unfortunately we see that these comparisons have not ceased, and we are not going to allow … every taboo to be broken with no regard to the suffering of those who were persecuted and murdered under Nazism.”

Angela Merkel pointed to a Foreign Ministry note sent to Turkey last week allowing Turkish referendum polling stations in Germany, in which Ankara was told that appearances by Turkish politicians must respect the principles of the German constitution, and that Berlin otherwise reserves the right to “take all necessary measures.”

Mrs. Merkel’s pointed but guarded response was in line with German officials’ statements over the past week that she has “no intention of participating in the race of provocations.”

Peter Tauber, the general secretary of Mrs. Merkel’s conservative party, told N24 TV that “this is real effrontery toward our chancellor.” However, he added that “we can allow ourselves to be outraged, stamp our feet and perhaps fight back — but the chancellor has to safeguard our country’s interests.”

The head of Germany’s Central Council of Jews, Josef Schuster, said that the Nazi comparisons are “not just offensive and absolutely wrong.”

“At a time in which anti-Semitism and right-wing populism are growing, this completely misplaced comparison and the trivialization of Nazi atrocities that goes with it devalue the real threats,” Mr. Schuster said in a statement.

The European Parliament’s president, Antonio Tajani, wrote on Twitter: “An unacceptable attack by @RT_Erdogan on a democratic country that guarantees all fundamental rights.”