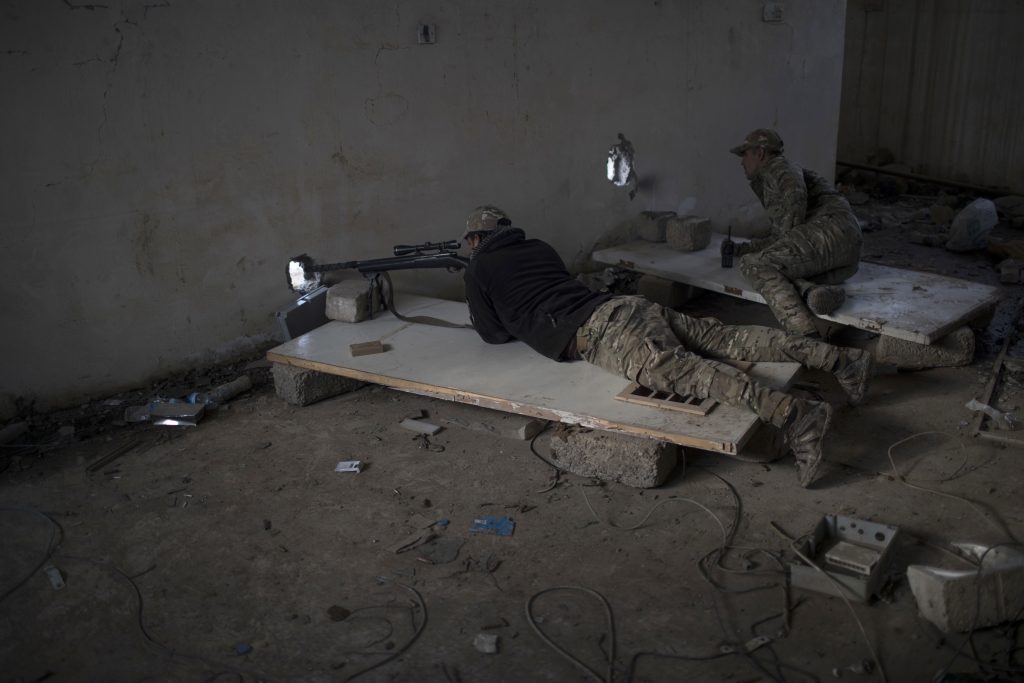 Islamic State terrorists captured an Iraqi police colonel and eight other officers in western Mosul after they ran out of ammunition during fierce clashes early Monday morning, an Iraqi Interior Ministry official said.

The officers were caught around 3 a.m. on Monday in the Bab Jadid district in Mosul, where Iraqi forces are battling to oust Islamic State after liberating the eastern half of the city. It was unclear where the officers were, the official said.