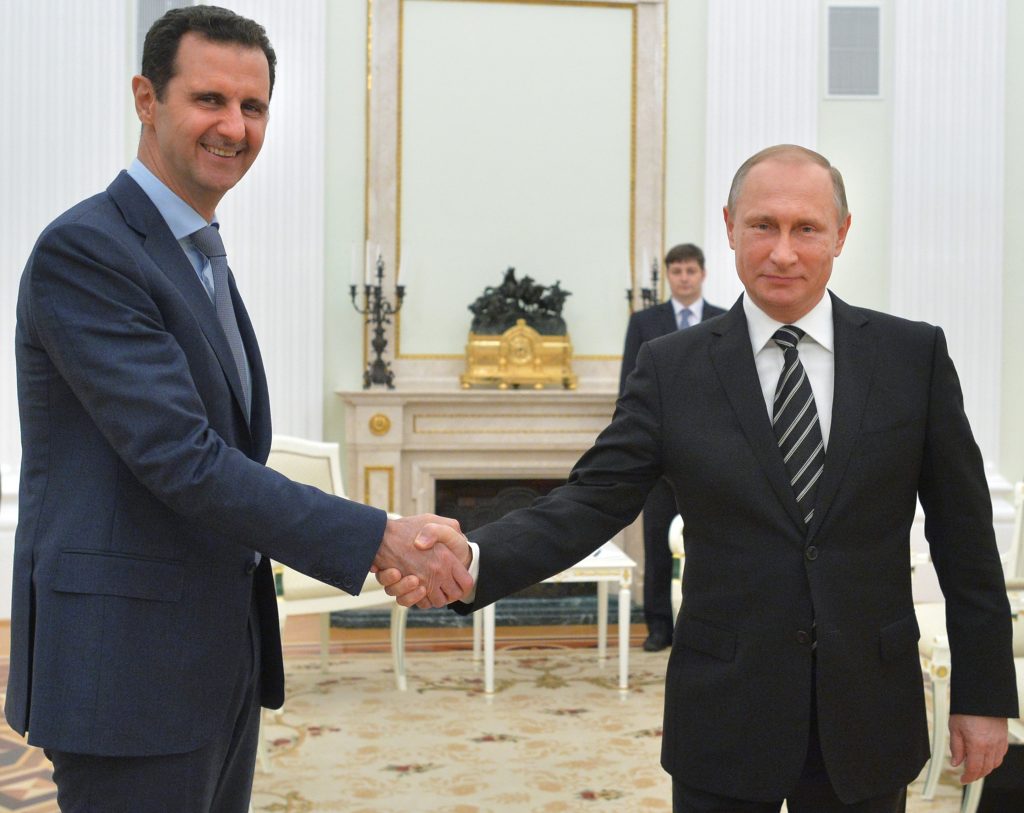 In his first public statement since last Friday’s clash with Israeli air force jets, Syrian President Bashar al-Assad declared that “it is our right to defend our country, and not only that but we do not base our policies on the statements of officials in Israel.”

Assad was speaking to Russian media representatives following a three-hour meeting with a Russian parliamentary delegation that arrived Monday in Damascus for an official visit.

The Syrian president also said that “Damascus counts on Russia to take a role in order to prevent Israel from attacking Syria in the future.”

In another reference to Russian involvement in the region, Syria’s ambassador to the United Nations claimed Sunday night that Russia has warned Israel to rein in its air force on the Syrian border.

“Putin sent a clear message,” said the ambassador, Bashar Jaafari. “The fact is that the Israeli ambassador [to Russia] was summoned for a conversation only a day after he submitted his credentials [to the Russian Foreign Ministry last Thursday], and was told categorically that this game is over,” Haaretz quoted him as saying.

Israeli jets have struck periodically in Syrian territory to interdict shipments and destroy stockpiles of weapons earmarked for Hezbollah.