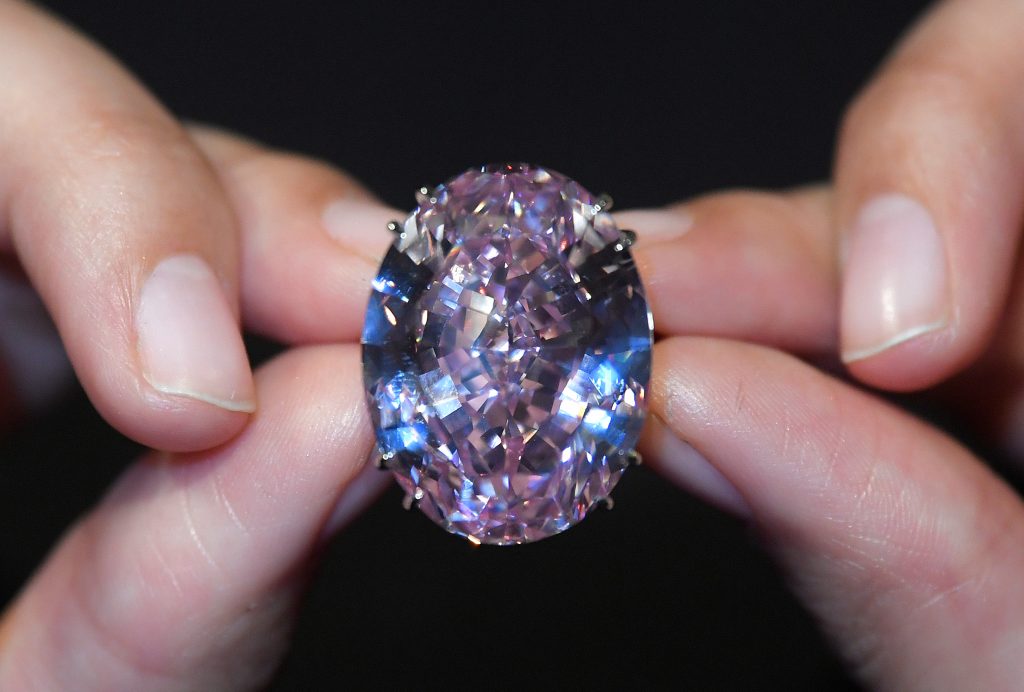 A 59.60-carat diamond known as “The Pink Star” is returning to auction next month and could fetch a record $60 million, three years since it was sold for even more – only for the buyer to pull out of the deal.

The diamond was presented by Sotheby’s in London ahead of the auction in Hong Kong on April 4.

In November 2013, a Geneva auction of the stone fetched a world record $83 million, but the buyer, New York-based diamond cutter Isaac Wolf, could not pay up and defaulted.

However, after some more successful auctions of colored diamonds in recent years, the auction house said that now was a good time to try again.

“The last few years we’ve had colored diamonds perform extremely well, many new records been created at auction for the colored diamonds, pinks and blues mainly, so we thought it was a good time to bring it to the market,” David Bennett, worldwide Chairman of Sotheby’s Jewellery Division, told Reuters.

“The Pink Star” is the largest Internally Flawless Fancy Vivid Pink diamond ever graded by the Gemological Institute of America (GIA), the auction house said, yet the sparkling stone is still small enough to fit onto a ring.

Sotheby’s said that the mixed-cut diamond was initially mined by De Beers in 1999 in Botswana as a 132.5 carat rough diamond before being cut and polished.

Its refined form is now set to be the most valuable polished diamond ever offered at auction.

“The extraordinary size of this 59.60-carat diamond, paired with its richness of color, surpasses any known pink diamond record in history,” Mr. Bennett said.

Bennett said the current record for a pink diamond was held by the “Graff Pink”. At 24.78 carats, it is half the size of The Pink Star and was sold in Geneva for $46.2 million in 2010.