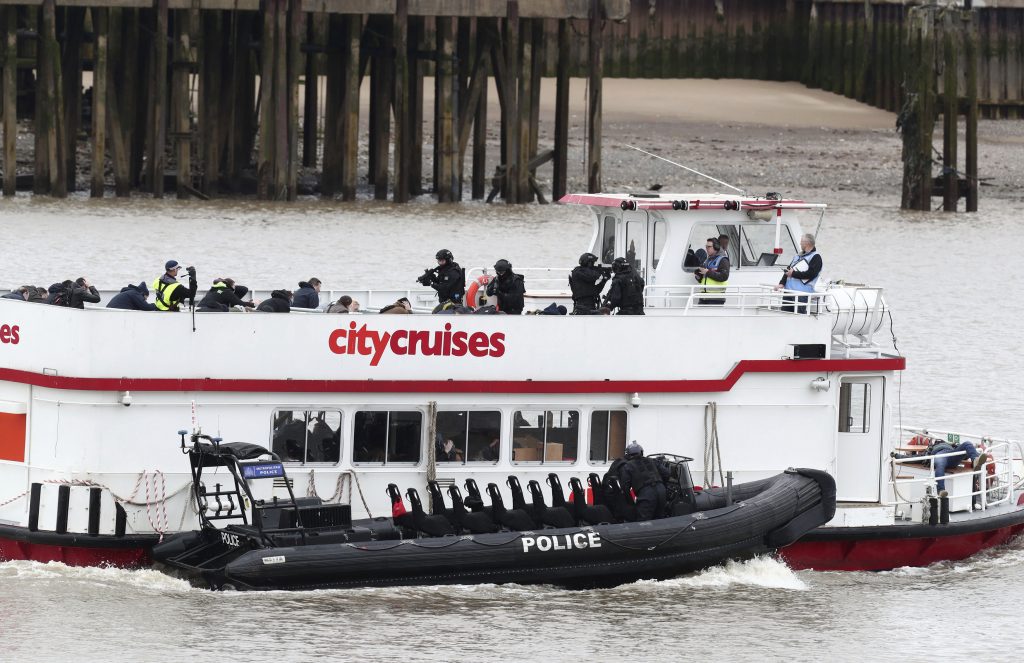 British police in inflatable powerboats have boarded a River Thames cruise boat as part of an exercise simulating the hijacking of a tourist vessel in London.

It’s the first such exercise to focus on the winding tidal river that carries large amounts of commuters, tourists and freight through the heart of London.