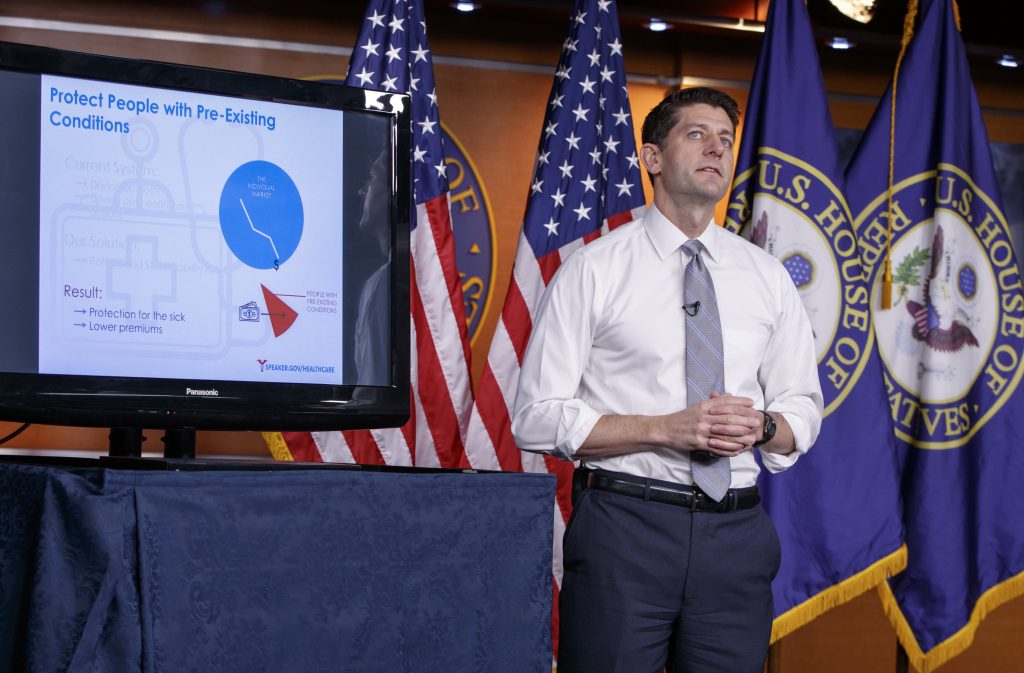 House Speaker Paul D. Ryan said Sunday that he felt “very good” about the prospects for the House passing the Republicans’ health-care bill, even as changes were being made to lure votes, such as providing more help for older Americans.

He said the House was likely to bring the Republicans’ Affordable Care Act replacement to floor vote Thursday. Asked about the likelihood of passage, Ryan said, “I feel very good about it, actually.”

Part of the confidence stems from President Donald Trump’s involvement in “helping us close this bill,” Ryan said.

“We have a president who is rolling up his sleeves … He’s helping us make sure that we bridge differences with members who are bringing constructive ideas and solutions for how to make this bill better,” Ryan said.

Among the changes being considered are allowing states to impose a work requirement for able-bodied Medicaid recipients, and increasing tax credits for lower income and older Americans, he said.

The analysis released last week by the nonpartisan Congressional Budget Office said that the House Republican plan would provide less assistance to older, low-income Americans than the current law while allowing insurers to charge older customers up to five times more than younger ones.

Under the Affordable Care Act, insurers can charge only three times more.

“We believe we should have even more assistance, and that’s one of the things we’re looking at, for that person in the 50s and 60s because they experience higher health care costs,” Ryan said.

He emphasized that until the bill is on the floor for a vote, “We are always making improvements.”

Health and Human Services Secretary Tom Price said the Trump administration was open to changes to address the effects on older Americans and other concerns.

“We’ve talked to so many folks in the House of Representatives to try and see what their discomfort level is, if they have any, with this piece of legislation,” Price said. But he admitted that changes to the House bill could cost Republican votes in the Senate.

“It’s a fine needle that needs to be threaded,” Price said.