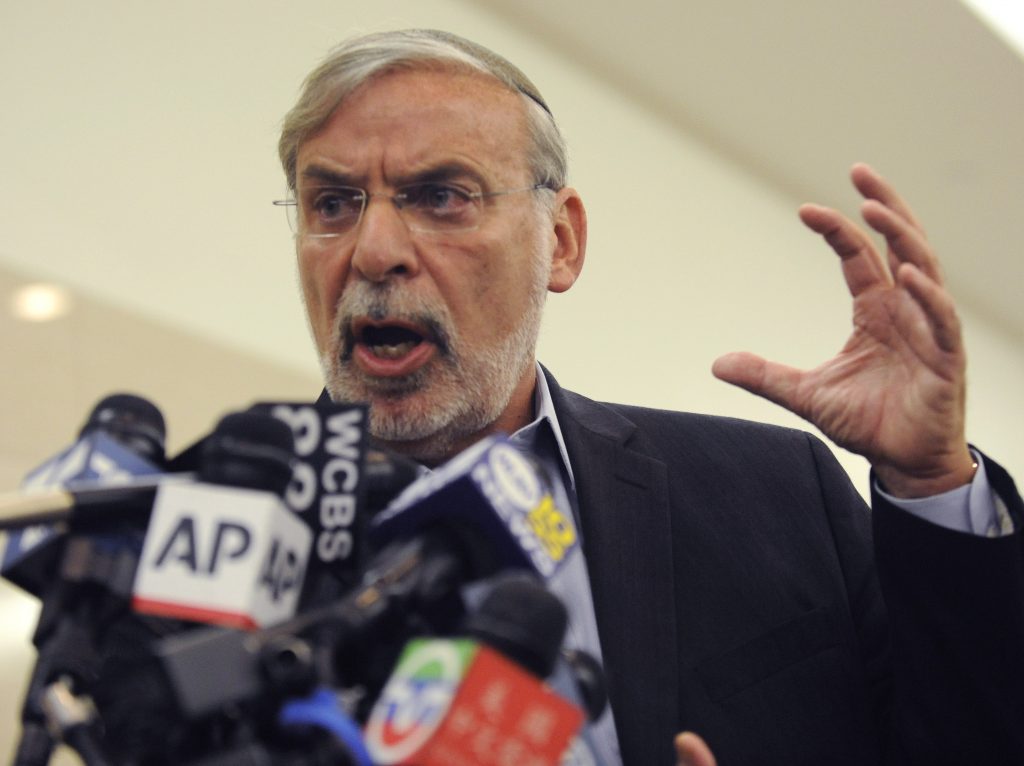 Assemblyman Dov Hikind (D-Brooklyn) came out on Sunday in sharp condemnation of an ongoing lecture series taking place at the Brooklyn Public Library by controversial author and activist Norman Finkelstein.

Finkelstein is being hosted by the central branch of the Brooklyn Public Library to give two ten-week series of classes on political subjects, one entitled “No Free Speech for Fascists” that explores in part his own experiences. It began in early March and is scheduled to continue through May.

Finkelstein, a child of Holocaust survivors, is infamous both as a staunch supporter of Hezbollah and Hamas in their terrorism against Israel, as well as an implacable critic of what he calls the “Holocaust Industry.” An assistant professor at DePaul University until 2007, his radical positions led to him being denied tenure, being put on administrative leave, and ultimately to his resignation. In 2008, he was banned from Israel for 10 years on accord of suspicious contacts he had in Lebanon.

Mr. Hikind condemned Mr. Finkelstein as “an anti-Semitic self-promoter who makes his living as a propagandist” and argued that the library, which uses tax-supported resources, should not “allow the radical publicist an opportunity to peddle hateful, harmful ideas”.

“It’s no secret that Norman Finkelstein is a despicable, self-hating Jew who has made sickening, dangerous statements like ‘We are all Hezbollah,’” Mr. Hikind said. “The question is why would the Brooklyn Public Library allow this vile propagandist to use their facilities to spread his hate to the public? Will they allow the heads of the KKK and Neo-Nazi party to lecture at the library next?”

“Hardly a day goes by without a bomb threat to a Jewish center filled with preschoolers and the elderly,” Hikind added. “Every week there’s a swastika painted, or a cemetery attacked in the middle of the night. That’s the current reality. And what is the Brooklyn Public Library’s response? To host a modern-day Goebbels who makes excuses for terrorism and denies the extent of the Holocaust. That’s shameful!”

In a conversation with Hamodia, Mr. Hikind noted that it had been reported this week that the German parliament has begun an inquiry into the fact that Mr. Finkelstein was allowed to give an anti-Israel lecture at the Max Planck Institute in Halle. “The things he’s said about Israel and the remembrance of the Holocaust are so nauseating, and giving him a platform in the heart of Brooklyn for this rhetoric is so incredibly hurtful and painful. This is an insult to all New Yorkers, no different than inviting David Duke or the KKK to hold forth in the public library, and I hope the library does the right thing and pulls the plug before this series can continue any further”.