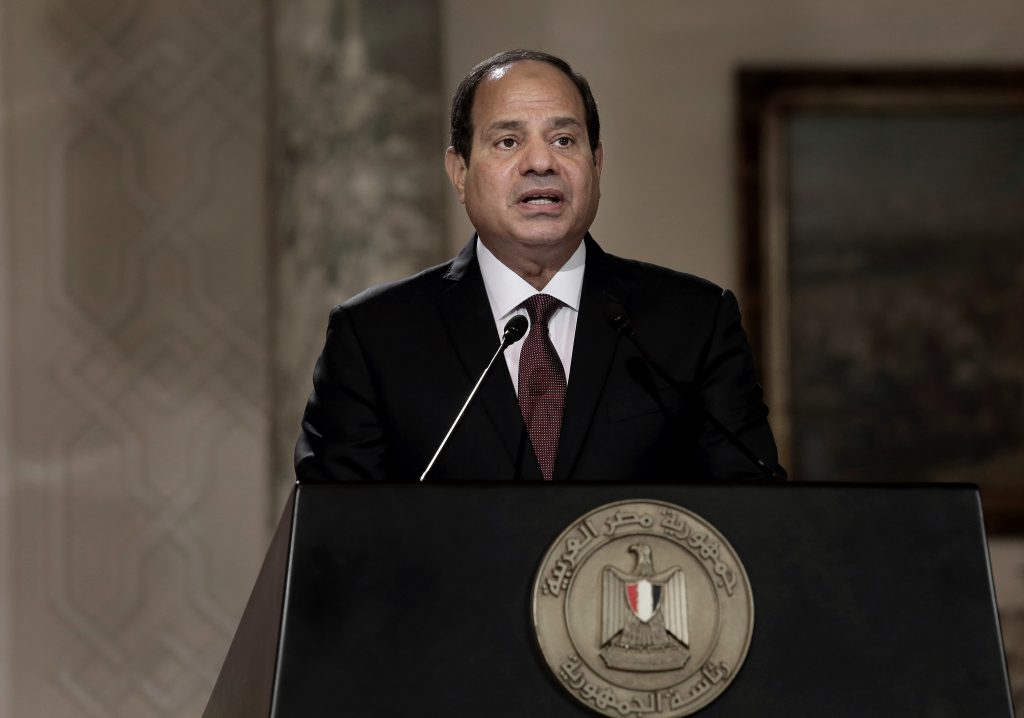 Al-Ahram says in a front-page report Sunday the two leaders will meet during the first week of April, in what will be el-Sissi’s first visit to Washington since taking office in 2014.

Presidents El-Sissi and Trump have already shown a bond when they met in September on the sidelines of the U.N. General Assembly. President Trump, at the time the Republican presidential nominee, said there was “good chemistry” and President el-Sissi said President Trump would “without a doubt” make a strong leader.

Cairo and Washington are expected to forge closer ties under President Trump following years of tension over the Obama administration’s emphasis on human rights and Cairo’s perception that it supported the now-outlawed Muslim Brotherhood.