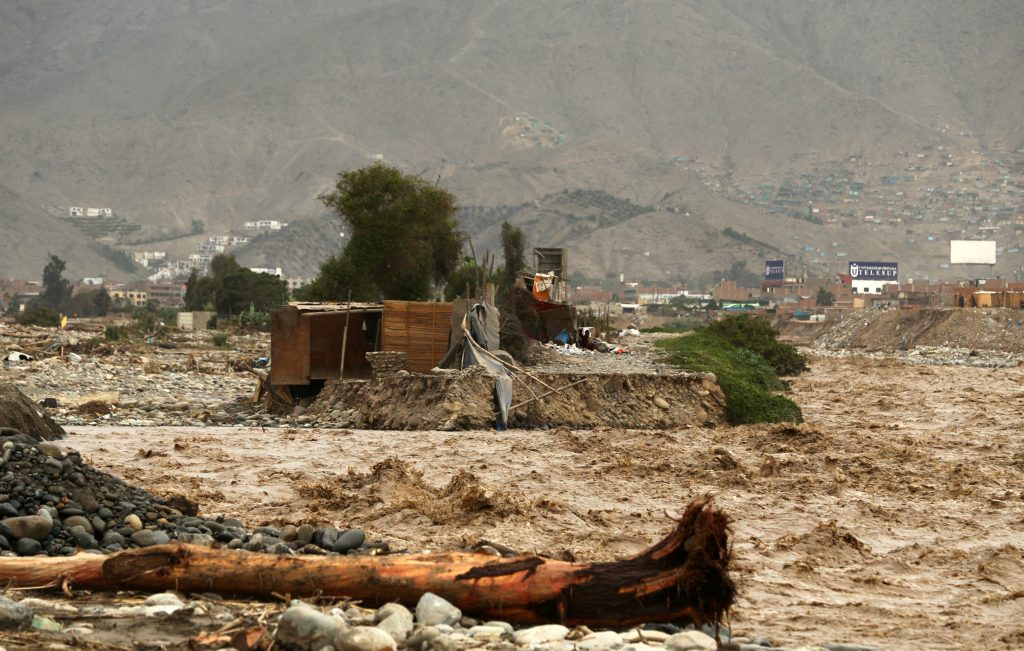 The intense rains, overflowing rivers, mudslides and flooding being experienced in the country are the worst seen in two decades, Peruvian authorities said Saturday, affecting more than half the nation as the death toll since the beginning of the year hit 72.

The highly unusual rains follow a series of storms that have struck hard along Peru’s northern coast, with voracious waters inundating hospitals and leaving some small villages isolated. The storms are being caused by a warming of the surface waters in the Pacific Ocean and are expected to continue for another two weeks.

Peru’s government said that 374 people were killed in 1998 during a similar period of massive rains and flooding caused by rains blamed on the El Nino climate pattern.

On Saturday, Prime Minister Fernando Zavala updated the number of dead from the latest flooding to 72.

The rains have overwhelmed the drainage system in the cities along Peru’s Pacific coast and the Health Ministry has started fumigating around the pools of water that have formed in the streets to kill mosquitoes that carry diseases like dengue.

Lima has been without water service since the beginning of the week. The government has deployed the armed forces to help police control public order in the 811 cities that have declared an emergency.

“The prices for lemons have gone up, as well as for potatoes and cooking oil,” said Sara Arevalo, a mother of five who was shopping at a market in northern Lima. The government has acknowledged that prices have shot up some 5 percent because of the flooding.

In the Lambayeque region, 22 inmates at a juvenile detention center took advantage of the rains to escape. And in the city of Trujillo, rains flooded a cemetery with the waters carrying bones through the streets.

Even Peru’s capital city of Lima, where a desert climate seldom leads to rain, police on Friday had to help hundreds of residents in an outskirt neighborhood cross a flooded road by sending them one-by-one along a rope through choppy waters. The muddy current channeled down the street after a major river overflowed. Some residents left their homes with just a single plastic bag carrying their belongings.

The presidents of Chile, Bolivia and Venezuela offered to send help to Peru.