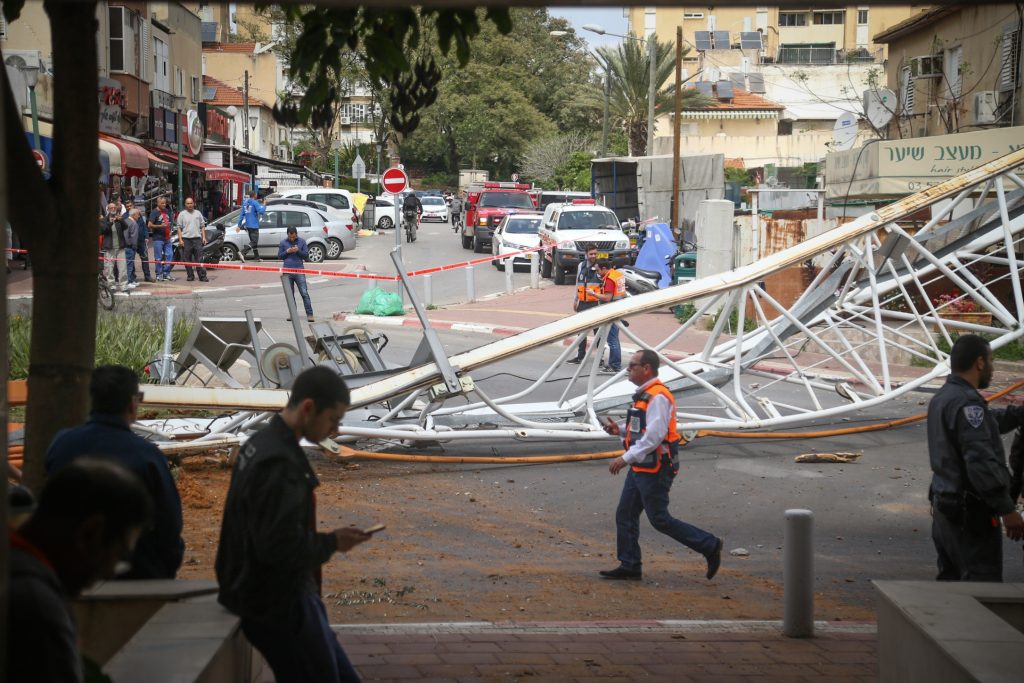 A construction crane collapsed in Ramat Gan Sunday, injuring two people. The crane operator, 38, was seriously hurt, and another construction worker, 31, was reported in moderate condition. They were rushed to Chaim Sheba Medical Center at Tel Hashomer.

Magen David Adom paramedic Oded Shinkman recounted that he and his colleagues were on their way to the MDA station, “when all of a sudden we saw a crane collapsing right in front of us.”

They headed for the site, where they pulled the crane operator out of the wreckage with the help of other construction workers.

United Hatzalah volunteer Doron Bezaleli, also at the scene, said, “It was a miracle that there weren’t civilians injured who were present at the scene. The crane collapsed on the square close to the construction site and the crane operator was moderately-to-seriously injured.”

The accident occurred at a building under construction on Hahagana Street just after 11 a.m. An adjacent building was also damaged.

Sunday’s collapse, one of several in recent months, highlighted the issue of safety for construction workers.