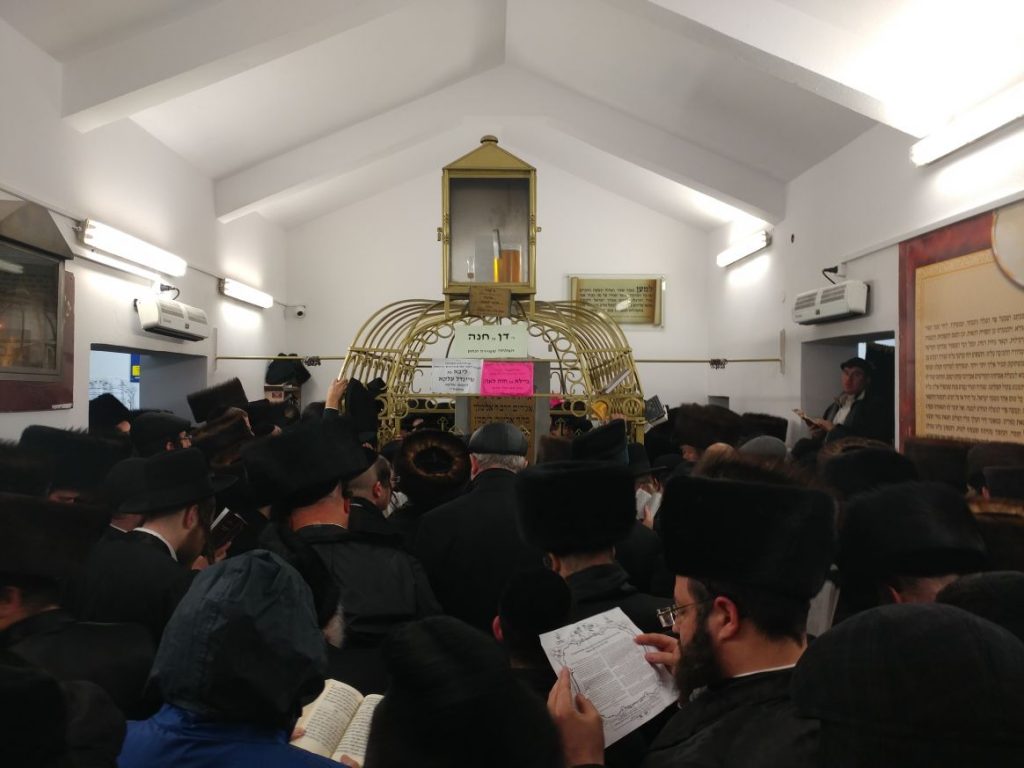 Thousands of Chassidim from all corners of the world traveled to Poland to mark the yahrtzeit of the Rebbe Reb Elimelech of Lizhensk, zy”a, whose yahrtzeit is Motzoei Shabbos and Sunday, 21 Adar.

It is known that the Rebbe Reb Elimelech promised that whoever davens at his kever will not leave this world without doing teshuvah. His kever is known as a place of yeshuos and refuos.