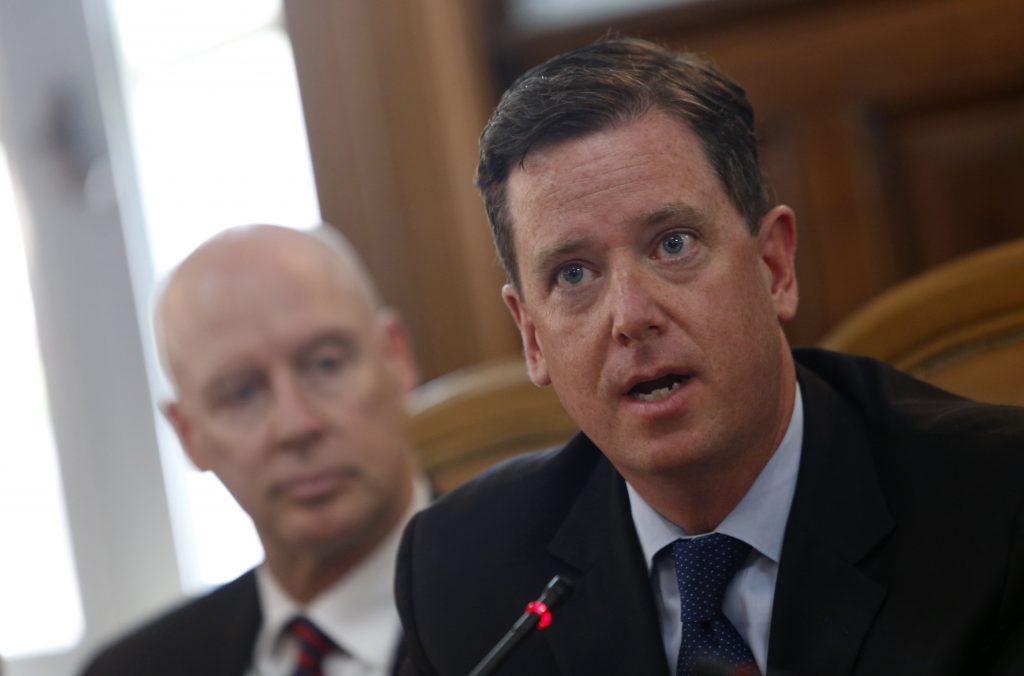 Republican politicians in New York have been putting together short lists of potential candidates to replace the top U.S. prosecutors in New York City, a hub for terrorism, insider-trading and anticorruption trials.

Some of the people being talked about as candidates include the son of a former U.S. attorney general, a former Fox News legal analyst and a prosecutor who had a chance to go after the head of the International Monetary Fund but declined.

Whoever is chosen by the White House to become the U.S. attorneys in Manhattan and Brooklyn will be inheriting a number of high-profile, potentially politically fraught investigations and prosecutions that were previously being overseen by prosecutors appointed by former President Barack Obama who were abruptly dismissed last week.

Among the people seen as leading candidates to replace Preet Bharara as the U.S. attorney in Manhattan is Marc Mukasey, the son of former U.S. Attorney General Michael Mukasey, who served in the administration of President George W. Bush.

Mukasey, a former federal prosecutor, is currently the head of the white-collar defense practice at Greenberg Traurig, where he is a partner with former New York City Mayor Rudy Giuliani, who’s a close ally of President Donald Trump.

Mukasey is Giuliani’s favorite for the post, King said, but if picked, he could face potential conflicts of interest because of work he has done as a defense lawyer.

Mukasey declined to speak with The Associated Press but told the New York Law Journal last month that while he loved private practice, “if asked to serve my country, that is something I take very seriously.”

Illuzzi’s recent victories as a prosecutor include the conviction of a man in the decades-old case of 6-year-old Etan Patz, who vanished on his way to school in 1979.

If chosen, “she would make an outstanding U.S. attorney,” Donovan said.

Other Brooklyn prospects, he said, include former federal prosecutor James McGovern, who held a top spot in the Brooklyn office until leaving last year for private practice, and Arthur Aidala, a former state prosecutor who is now a criminal defense attorney and was a Fox News legal analyst.

During the election, Aidala appeared on the air to discuss and analyze the FBI’s handling of the investigation into Hillary Clinton’s use of a private email server to handle State Department business.

Among other things, the new U.S. attorney in Brooklyn may have to decide whether to bring civil rights charges against the white police officer who killed an unarmed black man, Eric Garner, in a chokehold. Garner’s last words, “I can’t breathe,” became a rallying cry for the Black Lives Matter movement.

Typically, U.S. senators or governors of the same party as the president make recommendations for new U.S. attorneys and federal judges. In New York, those positions are held by Democrats.

The Trump administration is working with Federalist Society executive vice president Leonard Leo on the replacement process. Leo advised the president on his recent pick for the Supreme Court, having played a similar role for former President George W. Bush. Leo had no comment.