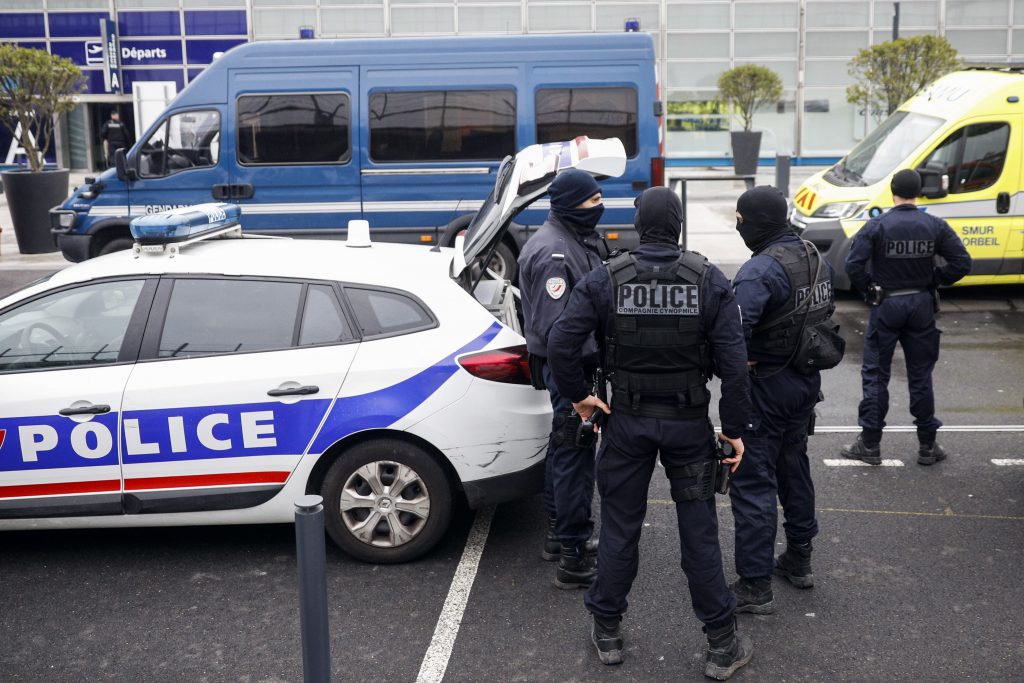 Yelling that he wanted to kill and die for All-h, an Islamic terrorist attacked a French soldier Saturday morning at Paris’s Orly Airport and wrested away her assault rifle, a French prosecutor said. Two colleagues on her patrol shot and killed the man before he could fire the military-grade weapon in the busy airport terminal.

The attack forced the airport’s terminals to shut down and evacuate, sent passengers and workers fleeing in panic and trapped hundreds of others aboard flights that had just landed. It was the violent climax of what authorities described as a 90-minute spree of destructive criminality across the French capital by the suspect, identified as Ziyed Ben Belgacem.

The attack further rattled France, which remains under a state of emergency after attacks over the past two years that have killed 235 people.

Orly, Paris’s second-biggest airport behind Charles de Gaulle, has both domestic and international flights and the 8:30 a.m. assault brought its operations to a screeching halt.

Stopped first by police in Paris’s northern suburbs early Saturday morning for driving too fast and without lights in a small Renault, the 39-year-old Frenchman opened fire with a revolver loaded with bird shot, injuring an officer in the face, authorities said.

He then fled by car to a bar that he frequented regularly and where he had already stopped a few hours earlier and again opened fire. No one was injured.

Finally, in another car stolen at gunpoint, he parked at Orly. A few minutes later, he hurled himself at three soldiers on patrol in its South Terminal, throwing a bag with a gas can at the floor and wielding his 9 mm revolver, said Paris prosecutor Francois Molins.

“With a pistol in his right hand and a bag over his shoulder, he grabbed [the soldier] with his left arm, made her move backward by three to four meters [yards], positioning her as a shield, and pointed his revolver at her forehead,” Molins said.

According to soldiers, the terrorist yelled, “Put down your weapons! Put your hands on your head! I am here to die for All-h. Whatever happens, there will be deaths,” Molins said.

In a struggle, the terrorist managed to wrest free the captive soldier’s Famas assault rifle and sling it over his shoulder. Molins said video surveillance footage appeared to show that Belgacem was “determined to see the process through to the end.”

“Everything suggests that he wanted to take the Famas so there would be deaths and to shoot people,” he said.

In between the moments when he ducked behind his hostage, the two other soldiers fired three bursts, eight rounds in all, that killed the terrorist, Molins said.

“Her two comrades thought it was necessary — and they were right — to open fire to protect her and especially to protect all the people who were around,” said French Defense Minister Jean-Yves Le Drian.

Le Drian had said the soldier kept hold of her weapon. Molins said while she did wrestle it back from Belgacem at one point, he managed to snatch it off her in the end.

Witnesses described panicked bystanders fleeing, flights halting, traffic chaos and planes under lockdowns. Traffic was jammed near the airport and people wheeled suitcases down the road.

“We’d already registered our bags when we saw a soldier pointing his gun at the attacker who was holding another soldier hostage,” said Pascal Menniti, who was flying to the Dominican Republic.

Authorities said at least 3,000 people were evacuated from the airport. Hundreds of passengers also were confined for several hours aboard 13 flights that were blocked in landing areas, and 15 other flights were diverted to Charles de Gaulle Airport.

Passengers were allowed off their blocked planes around noon, once a search of the airport was complete, but the airport’s South Terminal did not reopen until late afternoon, authorities said.

Despite the transportation chaos, French authorities stressed that security planning — reinforced across the country in the wake of repeated attacks — worked well.

The soldier was “psychologically shocked” but unhurt by the “rapid and violent” assault, said Col. Benoit Brulon, a spokesman for the military force that patrols public sites in France.

The terrorist’s motives were unknown but the anti-terror section of the Paris prosecutors’ office immediately took over the investigation.

His father and brother were detained by police for questioning later Saturday, which is standard operating procedure. Molins said a cousin of Belgacem’s also turned himself in for questioning, having spent time with the terrorist the previous night.

A search of Belgacem’s residence found illegal substances and a machete, Molins said. The father and brother told police that Belgacem phoned them Saturday morning, minutes after shooting at the police traffic patrol, to say that he’d “made a mistake,” Molins said.

The prosecutors’ office said the attacker had a record of robbery and drug offenses. Molins said he was out on bail, banned from leaving France and obliged to report regularly to police, having been handed preliminary charges for robberies in 2016.

Molins said Belgacem was flagged as having been radicalized during a spell in detention from 2011-2012. His house was among scores searched in November 2015 in the immediate aftermath of suicide bomb-and-gun attacks that killed 130 people in Paris.

French President Francois Hollande said investigators will determine whether the attacker “had a terrorist plot behind him.” But he ruled out any link between the attack and the two-round French presidential election in April and May, noting that France has been battling terror threats for years.

He said about 90 minutes before the airport attack, Belgacem was stopped by a police traffic patrol at Garges-les-Gonesse in northern Paris. As he showed his ID papers, he pulled out a gun and fired bird shot, injuring an officer in the face.

Police fired back. He fled in his car.

He then drove to Vitry, south of Paris, and opened fire. He abandoned his Renault and stole another car at gunpoint. That car was later found at Orly Airport, and Molins said video surveillance showed Belgacem was alone when he parked it.

The military patrol at Orly was part of the Sentinelle force installed around France to protect sensitive sites after a string of deadly Islamic terrorist attacks. Saturday was at least the fourth time that Sentinelle soldiers have been targeted since the force, which includes 7,500 soldiers, was created in 2015.

Saturday’s attack comes after a similar incident last month at the Louvre Museum in Paris in which an Egyptian man attacked soldiers guarding the site. He was shot and wounded and taken into custody.