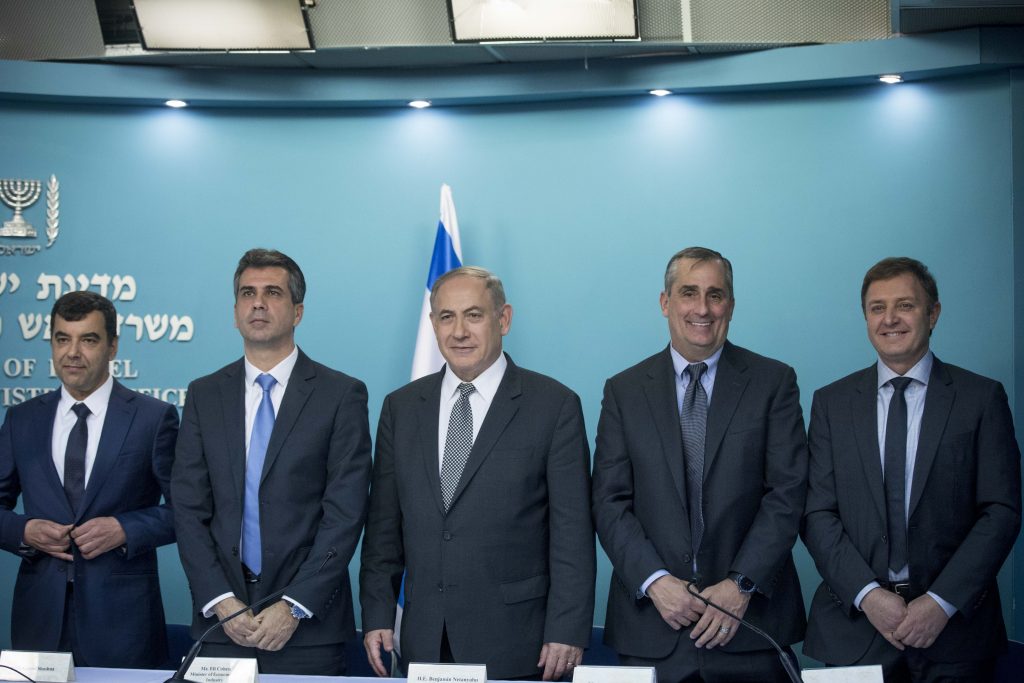 As the world moves toward an era of self-driving cars, Israel is positioning itself to be the Detroit of the future.

The country has emerged as a global leader in the fast-growing field of driverless cars, as illustrated by Intel’s more than $15 billion acquisition of Israeli firm Mobileye this week.

Israel is now home to hundreds of startups that provide everything from censors to cybersecurity to data collection for autonomous vehicles, putting it alongside Silicon Valley at the forefront of an industry that many expect to take off over the next decade.

“In the last 12 months, the global interest is rising more and more,” said Lior Zeno-Zamansky, executive director of EcoMotion, a nonprofit group that promotes the smart transportation sector in Israel. “Everyone is looking for the next Mobileye.”

She said the Israeli smart transportation sector has attracted some $4 billion in investment over the past four years, roughly half of it driven by two industry leaders, Mobileye and Waze. During that time, the number of Israeli startups in the sector has grown from 87 in 2013 to over 500.

Virtually every major auto maker has established a foothold in Israel, and senior executives visit the country regularly. General Motors has already opened a research center in Israel, while Renault and Daimler are opening facilities as well. Other companies, including Ford, Honda, Toyota, Subaru, BMW, Mazda, Hyundai, Volvo and Audi are all active in the Israeli market.

In a sign of this interest, EcoMotion’s annual conference in May is expected to attract over 150 investors, up from just 10 in 2013, said Zeno-Zamansky. EcoMotion is a joint venture of the Israel Innovation Institute, the Prime Minister’s Office and the Economy Ministry.

Michael Granoff, president of Maniv Mobility, Israel’s only venture firm dedicated exclusively to automotive technology, said the auto industry is “ripe for change.” He cited the high cost and inefficiencies of owning a car and sitting in traffic, as well as the large numbers of road fatalities around the world. He said Israel is well positioned to lead that change, not as a builder of cars or engines, but as a technology superpower.

“What we are witnessing is the digitization of transportation, and digitization is something that Israel has been a leader in,” he said.

Israel has long billed itself as the “Startup Nation” for its thriving high-tech sector and entrepreneurial spirit, powered historically by veterans of murky technology units in the military. Major tech companies including Microsoft, Apple and Google all have research and development facilities in Israel.

Seasoned executives with expertise in such fields as cybersecurity, sensors, drone technology, communications and big data are now taking their knowledge to the auto field, Granoff said. “This is far from a one-day or one-week story,” he said. “This is going to be a story for the next 10 years.”

Mobileye, which makes software that helps cars avoid collisions, is the biggest deal in the Israeli sector so far. Intel offered $15.3 billion for the company, more than double its market value when it had its initial public offering on the New York Stock Exchange less than three years ago. That followed Google’s more than $1 billion purchase of Waze, an Israeli GPS app, in 2013.

Israel-based Mobileye, whose software processes information from cameras and other car sensors to decide where the cars should steer, has products on just about every automaker’s autonomous test fleet.

The combination with Intel adds hardware, more software expertise and data centers that the companies say will hasten deployment of autonomous technology, including wider use of automatic emergency braking and other technologies that already are on the roads.

There are still a number of obstacles to overcome. Companies aren’t certain how the cars will drive in snow or other bad weather, and it will be difficult for cars to be programmed to handle numerous local traffic customs. Also, no one really knows yet when the cars will be safe enough to remove human backup drivers, or whether humans are prepared to turn over the driving to machines.

Dozens of Israeli firms are now in the race to find solutions to these and other challenges. Among the most promising companies: otonomo, which allows car makers, apps and service providers to exchange data such as speed, temperature and battery levels; Innoviz Technologies, Oryx Vision and VayaVision, makers of sensor technology; and Argus Cyber Security, which protects cars from hackers.

Levy Raiz, a partner at Tel Aviv investment firm Flint Capital, said Israel’s autonomous vehicle industry is still smaller than other industries like cybersecurity and medical devices. But he also said he sees rapid growth in the next five years.

Flint does not have any holdings in the driverless car sector but expects to make up to 12 investments over the next two years, he said. “This is the priority of our second fund, which we are launching as I speak,” he said.