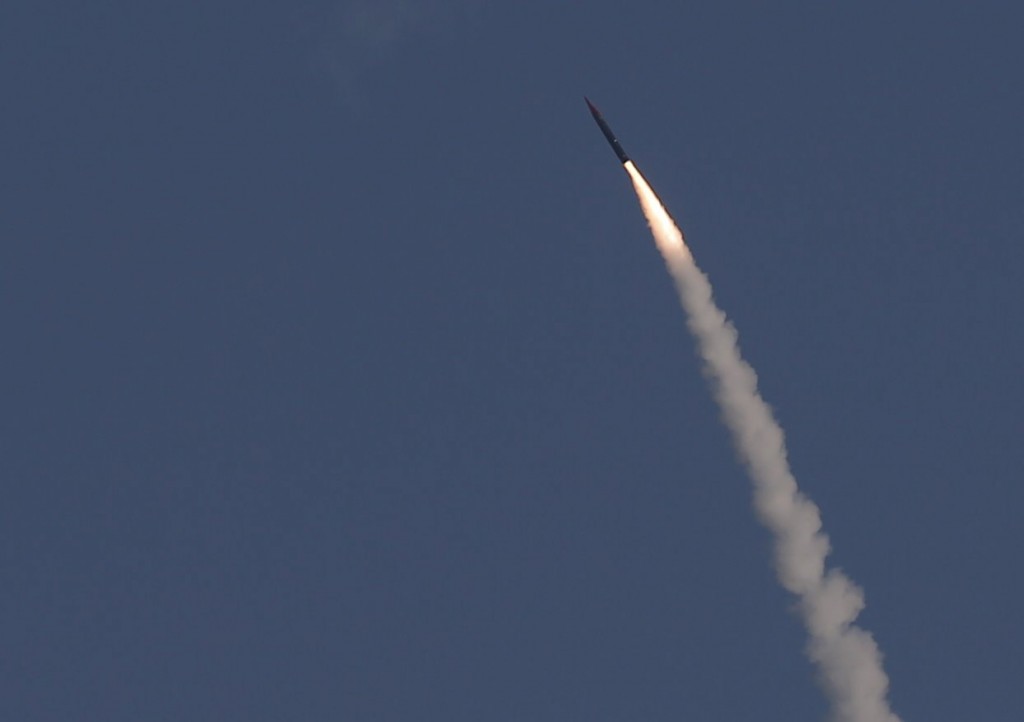 IDF forces struck in Syria overnight Thursday, hitting several targets. In response, Syrian army forces fired antiaircraft missiles at the Israeli planes. None were hit, but as the Syrian missiles were fired in the direction of the Jordan Valley, the Red Alert early warning system went into action, sounding a loud siren at about 2:30 a.m. that sent residents scurrying for shelter.

A Syrian rocket was shot out of the sky by the Israeli Arrow antimissile defense system. Portions of the missile fell over the northern Jordan Valley and inside Jordan as well. It was not immediately clear how debris from the missile may have ended up in neighboring Jordan.

Loud explosions were heard in the area, and residents of Yerushalayim reported hearing the explosions as well.

The IDF said the incident set off sirens in areas in the Jordan Valley.

The firing of missiles from Syria toward Israeli aircraft is extremely rare, though IDF officials said there was a shoulder-fired missile a few months ago.

There was no immediate comment from the government in Damascus, nor its ally Hezbollah, a Lebanese terror group that is believed to possess such missiles.

Channel 10 reported that Israel deployed its Arrow defense system for the first time against a real threat and hit an incoming missile intercepting it before it exploded in Israel.

It also showed footage from Jordan of what was described as remnants of the missile. It said the Israeli military had been on a mission to destroy a weapons convoy destined for the Iranian-backed Hezbollah.

Other Israeli media also reported that the Arrow was deployed. The Arrow is designed to intercept missiles in the stratosphere so it remained unclear why the system would have been used in this particular incident.

The military had no immediate comment on the reports.

The Arrow is mainly designed to intercept ballistic missiles. It is part of what Israel calls its “multilayer missile defense” comprised of different systems meant to protect against short- and long-range threats, including the thousands of missiles possessed by Hezbollah in neighboring Lebanon and rockets used by Hamas and other Islamic militant groups in Gaza.

The IDF did not say why it was attacking targets in Syria, but security sources told Israel Radio that it was likely an attack on a weapons convoy headed for Lebanon. The IDF has struck such convoys numerous times in the past, in order to head off missile shipments to Hezbollah terrorists.

In a statement, the IDF said that its aircraft targeted several targets in Syria. “Several antiaircraft missiles were launched from Syria following the mission and IDF Aerial Defense Systems intercepted one of the missiles. At no point was the safety of Israeli civilians or the IAF aircraft compromised.”

Israel has been largely unaffected by the Syrian civil war raging next door, suffering mostly sporadic incidents of spillover fire over the frontier that Israel has generally dismissed as tactical errors by Syrian President Bashar Assad’s government forces. Israel has responded to these cases lightly, with limited reprisals on Syrian positions in response to the errant fire.

Israel is widely believed to have carried out a number of airstrikes on advanced weapons systems in Syria — including Russian-made antiaircraft missiles and Iranian-made missiles, as well as Hezbollah positions — but it rarely confirms them.

Hezbollah is a close ally of the Syrian government and is fighting alongside Assad’s forces in Syria’s civil war.