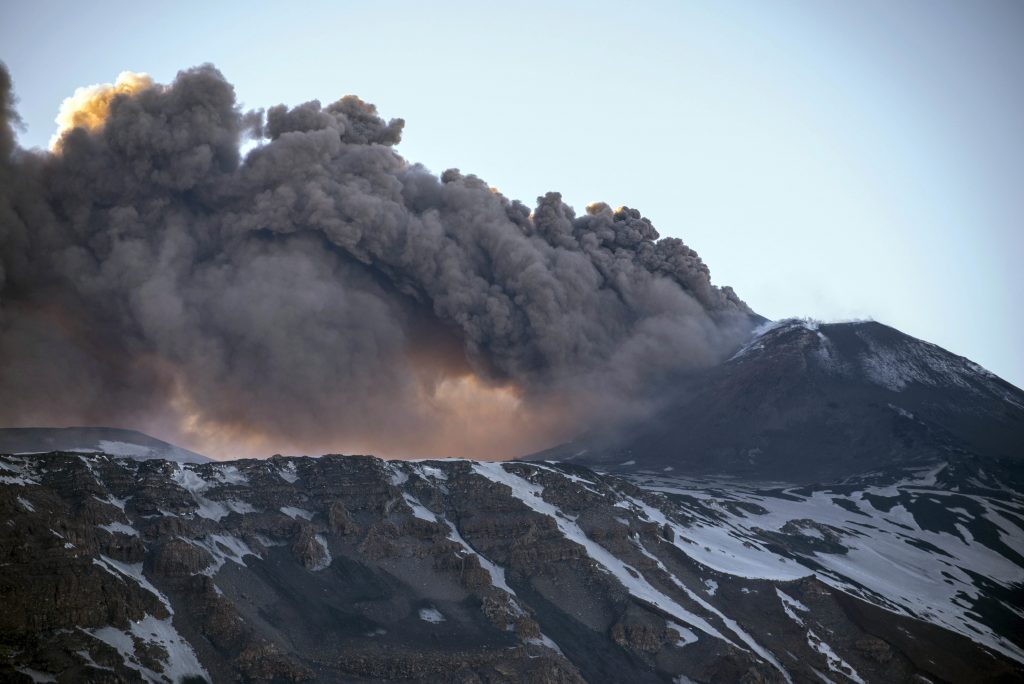 Ten people were injured in an eruption on Mount Etna on Thursday when magma flowing into snow caused a violent explosion that sent stones and rocks flying into the air, emergency services said.

Italian officials said six people had to be taken to hospital, but none were in a serious condition.

Etna is Europe’s most active volcano. After a quiet couple of years it burst into action in February with repeated explosive eruptions that sent orange plumes of lava into the air.

Thursday’s explosion was the result of a so-called phreatomagmatic eruption, caused by magma hitting water — in this case snow.