World Tillerson Says North Korea Has Nothing to Fear From U.S.
World 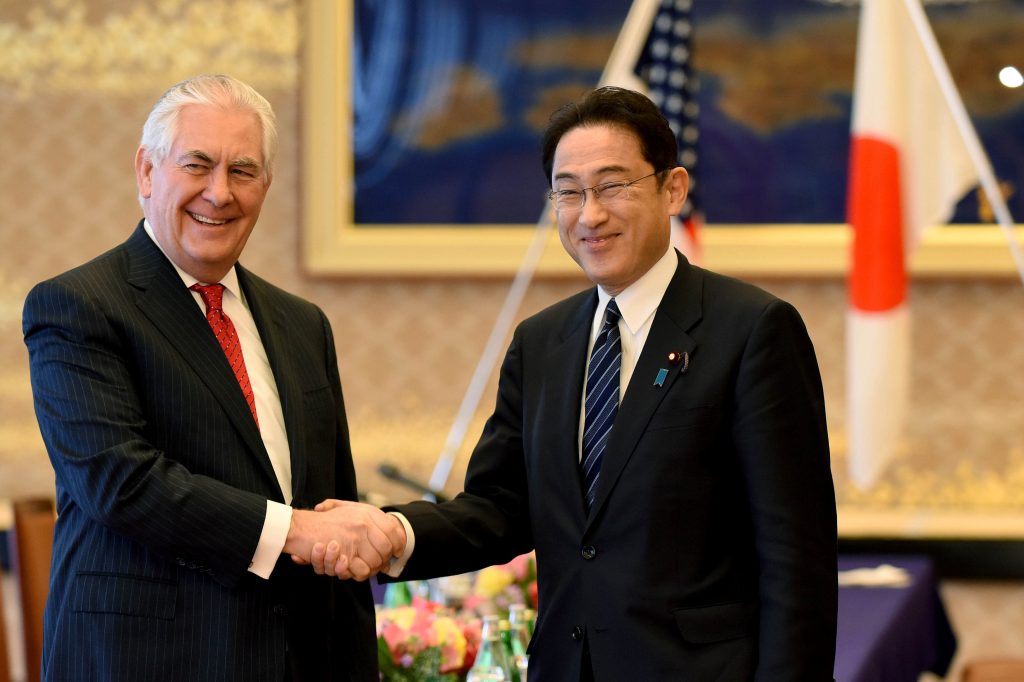 Secretary of State Rex Tillerson said that North Korea has nothing to fear from the U.S. or its allies in the region while calling for a new approach to efforts to dismantle the nation’s nuclear program.

Tillerson, on his first trip to Asia since being confirmed six weeks ago, said that 20 years of diplomatic efforts had failed to stop North Korea from pursuing nuclear weapons. At a joint briefing in Tokyo with Foreign Minister Fumio Kishida, he called for a strong alliance between the U.S., Japan and South Korea to counter Kim Jong Un’s regime.

“North Korea and its people need not fear the United States, or their neighbors in the region who seek only to live in peace with North Korea,” Tillerson told reporters on Thursday. “With this in mind, the United States calls on North Korea to abandon its nuclear and ballistic missile programs and refrain from any further provocations.”

Tillerson’s comments appeared to address concerns from China, which has long held that North Korea pursued nuclear weapons out of fear that the U.S. wanted to topple the regime established by Kim Jong Un’s grandfather after the Second World War. President Donald Trump’s administration is currently reviewing the U.S.’s policy toward North Korea, with all options on the table.

China, North Korea’s major ally, earlier this month called for a compromise in which Kim’s regime halts it nuclear and missile programs in exchange for the U.S. and South Korea canceling major military exercises. The U.S. said it wasn’t ready to engage with North Korea until it stops its “bad behavior,” reflecting the Obama administration’s policy to refuse to enter talks unless Kim’s regime agreed to drop its nuclear ambitions.

Tillerson, who plans to stop in South Korea on Friday before heading to Beijing, said that China had a major role to play in a solution for North Korea. He also called for a strong alliance between the U.S., Japan and South Korea.