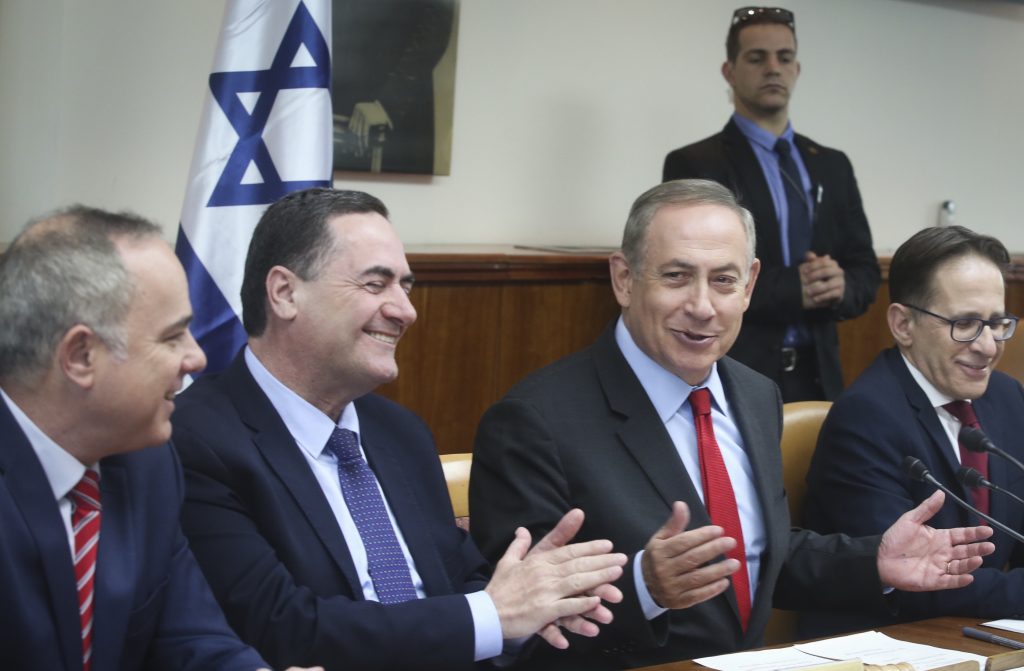 Israeli Prime Minister Binyamin Netanyahu on Thursday vowed to keep his promise to build the first new official Jewish community in Yehudah and Shomron in two decades amid discussions with the Trump administration envoy on reviving the peace process with the Palestinians.

“To the settlers of Amona, I repeat, I gave you a commitment to build a new settlement, and I will honor my commitment,” Prime Minister Netanyahu said in public remarks at the start of a cabinet meeting.

In response, right-wing ministers in the government coalition, led by Transportation Minister Yisrael Katz (Likud), applauded in approval. Education Minister Naftali Bennett (Jewish Home) said that he had never been worried about Mr. Netanyahu reneging on his promise, The Times of Israel reported.

Mr. Netanyahu said he would meet with U.S. envoy Jason Greenblatt for a second time this week on Thursday to try to reach an “agreed-upon policy” on building in the region.

U.S. President Donald Trump voiced support for Israel’s position on the campaign trail but has since asked it to “hold off” on construction as he seeks to restart the peace process, which last collapsed in 2014.

Prime Minister Netanyahu said reaching an understanding with Washington on the issue would be “good for Israel,” but said he would honor a promise made last month to relocate the evacuees from Amona, which was forcibly dismantled following a ruling by Israel’s High Court in response to Palestinian claims of ownership.

Mr. Greenblatt also met with Jordan’s King Abdullah II, who pledged on Wednesday that he would “do everything possible” to help end the Israeli-Palestinian conflict on the basis of a two-state solution, according to a report from the U.S. Embassy in Jordan.