Israel Netanyahu Flies to China on Sunday — on Business
Israel 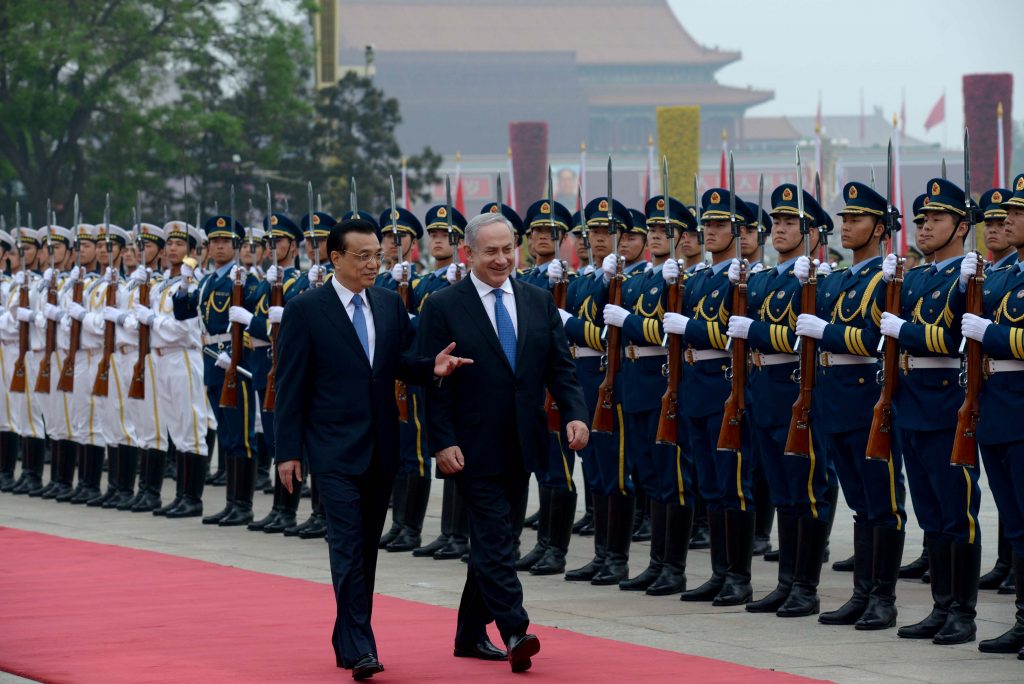 Hoping to break records in China-Israel trade agreements, Prime Minister Binyamin Netanyahu will be taking with him the biggest Israeli business delegation ever to visit Beijing.

Prime Netanyahu, along with some 90 business leaders and five government ministers, will mark 25 years of diplomatic relations with China, with an emphasis on the burgeoning bilateral trade and economic cooperation.

Netanyahu is scheduled to meet with President Xi Jinping, Prime Minister Li Keqiang, and be feted at a state dinner during the 3-day visit.

A series of economic agreements are set to be signed during the visit. Prime Minister Netanyahu and his entourage will sit down with the leaders of China’s largest corporations, each one with turnovers of tens of billions of dollars, according to a statement released by the Israeli press office.

Delegation members are invited to attend a business forum with over 500 invited guests, to be chaired by the Prime Minister.

“We will continue the talks on establishing a free-trade agreement between China and Israel, and we will hold the third joint Israel-China innovation conference. Of course, we are continuing to develop new markets and to open new markets for the Israeli economy. I expect all ministers to cooperate on this, and they are doing so,” Prime Minister Netanyahu said in a statement on Thursday.

China already ranks as Israel’s largest trading partner in Asia and third largest in the world, with bilateral trade volume of over $11 billion.