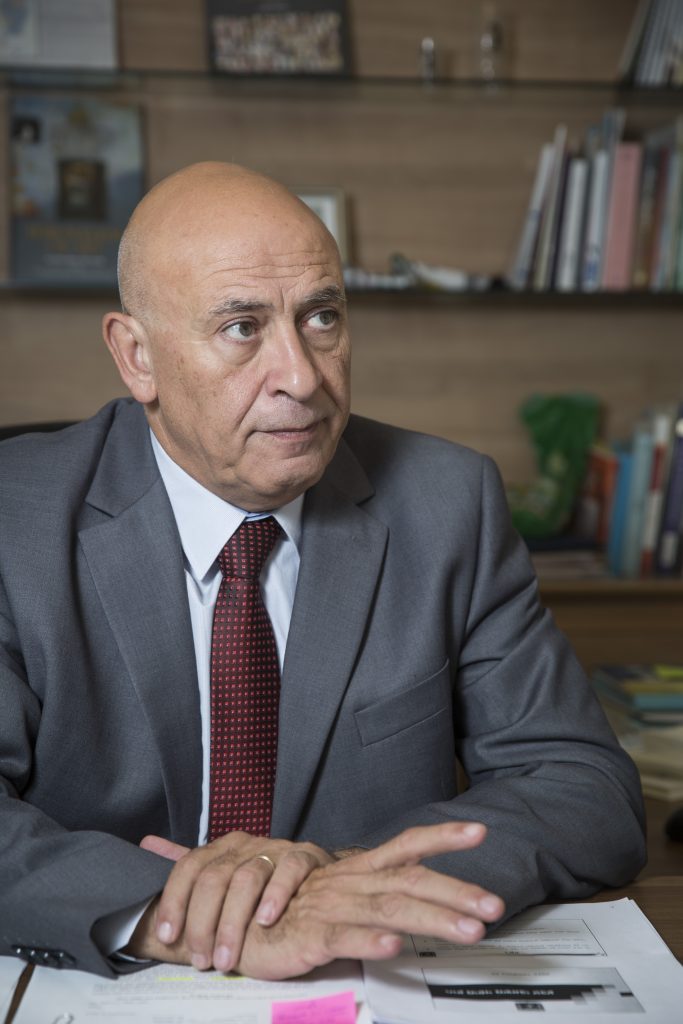 Arab MK Basel Ghattas, who was charged with smuggling cellphones to Palestinian security prisoners, will go to prison for two years and give up his Knesset seat, the Justice Ministry announced on Thursday night.

The outcome was obtained through plea bargaining with the state prosecutors.

The case was not closed, however. The Ministry said prosecution would also seek a fine and a finding of moral turpitude. The latter would ban Ghattas from public service, including running for Knesset, for seven years after his release from prison.

In response, MK Robert Ilatov (Yisrael Beytenu) condemned the deal. “This light punishment harms the deterrence effect and will encourage shameful acts like these in future,” said Ilatov.

“Ghattas will be released from prison after only two years and will be received as a hero and a freedom fighter by those who want to see the demise of the state of Israel. This is not the message we want to deliver to traitors and spies that are acting to destroy us.”

From the Opposition, MK Yoel Hasson (Zionist Camp) welcomed the news, saying that it saved that Knesset from “the shameful act of impeachment.”

The Knesset House Committee initiated the impeachment process on Tuesday after Environmental Protection Minister Zeev Elkin gathered the signatures of 71 MKs, as required by law. Now that Ghattas has agreed to relinquish his Knesset seat, impeachment becomes unnecessary.

“It was proved today that there is no room for impeachment in the Israeli democracy,” said Hasson. “I am happy that this is how things turned out, and not like the right wing MKs’ obsessive insisting to impeach Ghattas from the Knesset.”

In a statement, Ghattas said that he acted out of conscience and humanitarian feelings toward the prisoners.