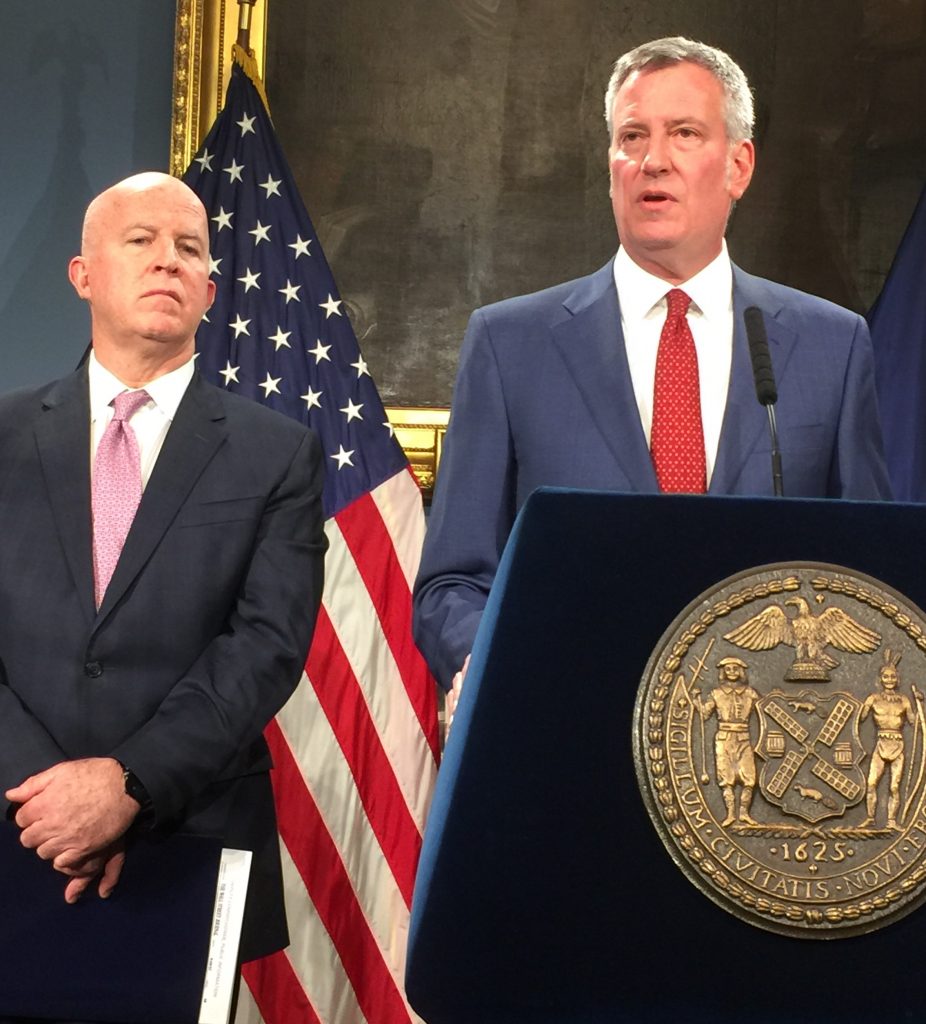 The budget proposed by Trump – a native New Yorker – which would cut domestic spending by billions of dollars, would have a “hugely negative impact on his hometown,” said de Blasio at a press conference Thursday afternoon at City Hall. “People of our city – their lives will be hurt.”

De Blasio was joined at the press conference by Police Commissioner James O’Neill, as well as leaders of other city departments, such as education and housing, that would face funding cuts under the budget proposal.

According to figures released by the mayor’s office, New York City receives approximately $190 million annually for homeland security. The Trump budget proposal would eliminate a total of $667 million of federal grants to states and cities for homeland security, though it is unclear precisely which programs would be cut. Furthermore, the budget proposal would require a 25-percent cost match for homeland-security grant awards. Currently, no cost match is required.

New York is “the number one [terrorism] target in the United States,” said the commissioner. “The federal government has long acknowledged that fact, and to cut this funding would make us increasingly less safe.”

— Elimination of Title II-A education funding, which had provided resources for things like class-size reduction; and for 21st Century Community Learning centers, which had helped students meet state and local standards in reading and math.

De Blasio said that Trump’s budget proposal “does not value working families. Because they’re going to bear the brunt” of the cuts.

“This contradicts his campaign promises – the exact opposite of the vision he portrayed,” said de Blasio of the president who ran on a populist platform.

De Blasio said he would be joining with elected officials from cities and states across the country to fight the domestic spending cuts, emphasizing that the budget proposal “is the beginning of an almost-six-month budget process that will be extremely hard-fought and dramatic.”

Asked whether there are any spending cuts that he supports, the mayor replied that while he understands that “in any budget process, you have to get to a bottom line, you have to balance a budget,” the proposed Trump budget increases spending “in a whole host of areas … some of which … are less crucial, for sure, than the things we’re talking about.”

Pressed to name specific cuts he’d accept, the mayor replied. “That’s not my job to offer you a federal budget. Let’s be clear: I’m talking about the impact this would have on the people of New York City.”