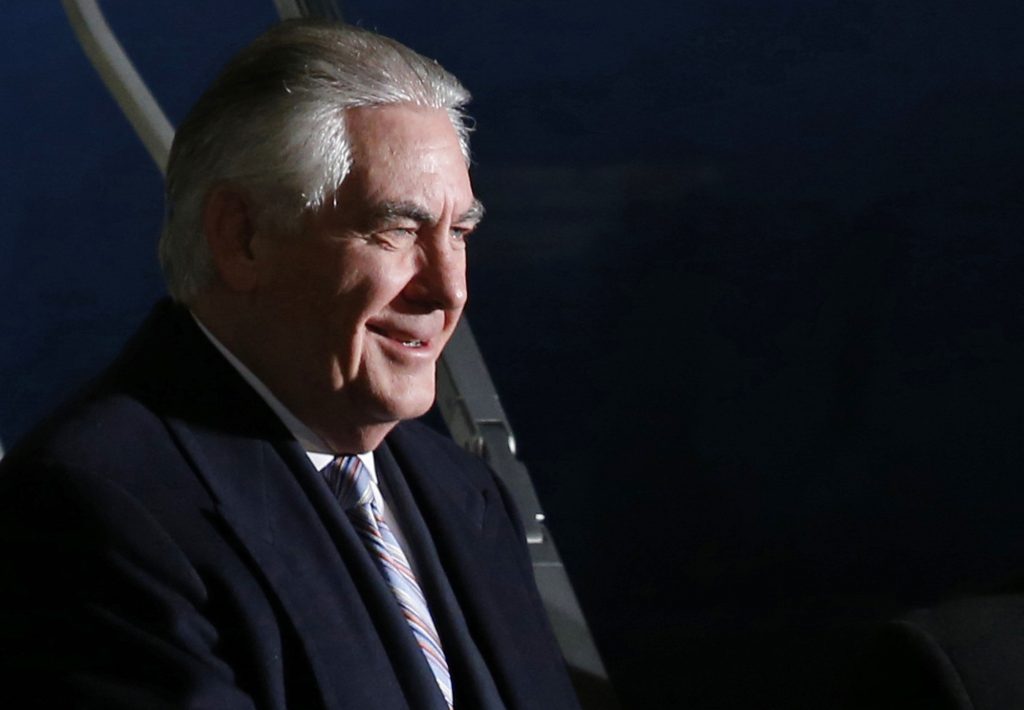 He gave no time frame for reforms to take place, saying in a letter to eight non-governmental organizations obtained Wednesday by The Associated Press that the U.S. will continue to participate in the council’s current session in Geneva.

The eight organizations, which focus on human rights and support for the United Nations, wrote to Mr. Tillerson asking the United States to maintain its engagement with the rights council. He urged them to encourage reforms in the council, saying that “would be most helpful.”

The secretary of state’s letter was first reported by Foreign Policy magazine.

The United Nations and human rights groups said it would be a mistake for the U.S. to leave the council.

“The United States is an integral part of the Human Rights Council,” U.N. spokesman Stephane Dujarric told reporters Wednesday. “It’s important that every country participate in its work.”

Felice Gaer, director of the Jacob Blaustein Institute for the Advancement of Human Rights, a signatory, told the Associated Press: “Secretary Tillerson should appreciate that walking away will not ‘delegitimize’ the council’s bad decisions; rather, it will give the foxes free reign in the henhouse as America retreats from the fight to defend our values on the world stage.”

And Kenneth Roth, the head of Human Rights Watch which didn’t sign the letter, told AP: “If the Trump administration is genuinely committed to human rights rather than just making a political statement on behalf of Israel, it would have the courage to stay and fight rather than flee in a cowardly retreat.”

Responding to questions about U.S. intentions, State Department spokesman Mark Toner said on Wednesday, “I’m not predicting we’re going to walk away from the council.” But he acknowledged that the U.S. would be working “to urge greater accountability and greater transparency.”

In a Feb. 9 letter to Secretary Tillerson, the eight organizations said that since the United States began participating in the rights body in 2009, “it has been instrumental in making the council a more effective body.”

They pointed to the council’s shift from disproportionate attention to Israel and inadequate attention to some of the worst human rights violations and violators to its “spotlight on rogue regimes and terrorists” and its commissioning of independent investigations that have exposed “serious human rights abuses” by North Korea, Iran, Syria, the Islamic State extremist group and Boko Haram.

The proportion of council resolutions and special sessions devoted to Israel has “significantly declined,” the organizations said.

The United States served two consecutive terms on the Human Rights Council from 2009-2015, took a mandatory year off, and was elected to a three-year term in October 2016.

In that election, Russia was defeated for a seat on the 47-member body. But its members include many countries with poor rights records including Burundi, Congo, Cuba, Venezuela, China and Saudi Arabia.

The organizations said that however “imperfect” the council is, “this is a critical time for the United States to continue its participation and funding, while redoubling efforts to strengthen the council’s performance.”

“Disengagement from the council would leave a vacuum,” their letter said, “and states that do not share our nation’s interests and values would fill it, resulting in less condemnation of the world’s worst human rights abusers, more action directed against Israel, and more repressive governments gaining membership in the council.”

It stressed that “none of these outcomes serves America’s interests.”

In his March 8 letter of reply, Mr. Tillerson said, “We continue to evaluate the effectiveness of the U.N. Human Rights Council.

“We may not share a common view on this, given the make-up of the membership,” he said. “While it may be the only such organization devoted to human rights, the Human Rights Council requires considerable reform in order for us to continue to participate.”

But Mr. Tillerson said the United States will pursue its “priority objectives” in the current session — renewing the Independent Commission of Inquiry on Syria and mandates for special investigators on Iran, North Korea, Myanmar, torture and freedom of expression.

It will also seek to renew the Commission on Human Rights in South Sudan, ensure continued U.N. assistance to promote accountability in Sri Lanka for crimes during its civil war, promote freedom of belief and combat religious intolerance, and oppose the council’s “biased agenda” on Israel, he said.

The seven other organizations that sent the letter were the Better World Campaign, Committee for Human Rights in North Korea, Freedom House, Freedom Now, Human Rights First, Human Rights Campaign and the United Nations Association of the United States of America.