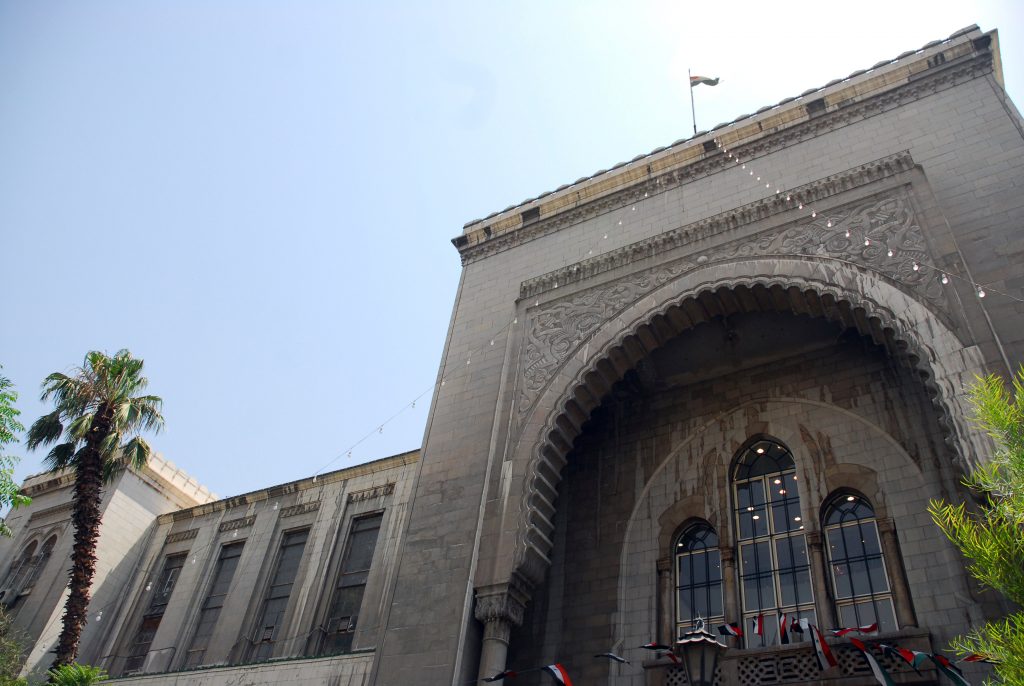 A suicide bomber killed at least 25 people at a court house in Damascus on Wednesday, state media reported, in the second bomb attack in the Syrian capital in five days.

The attack targeted the Palace of Justice in central Damascus near the Old City. State news agency SANA said several others were wounded in addition to the initial death toll of 25.

The bomber set off his explosive device at 1:20 p.m. local time as the police tried to search him and stop him from entering the building, state television cited the Damascus police chief as saying.

The explosion hit the courthouse “at a time when the area is crowded” with lawyers, judges and civilians, harming a large number of people, Ahmed al-Sayyid, a senior state legal official told state-run al-Ikhbariya channel.

On Saturday, scores of people, most of them Iraqi Shiite pilgrims, were killed in a double suicide attack in Damascus claimed by an alliance of jihadist groups known as Tahrir al-Sham.