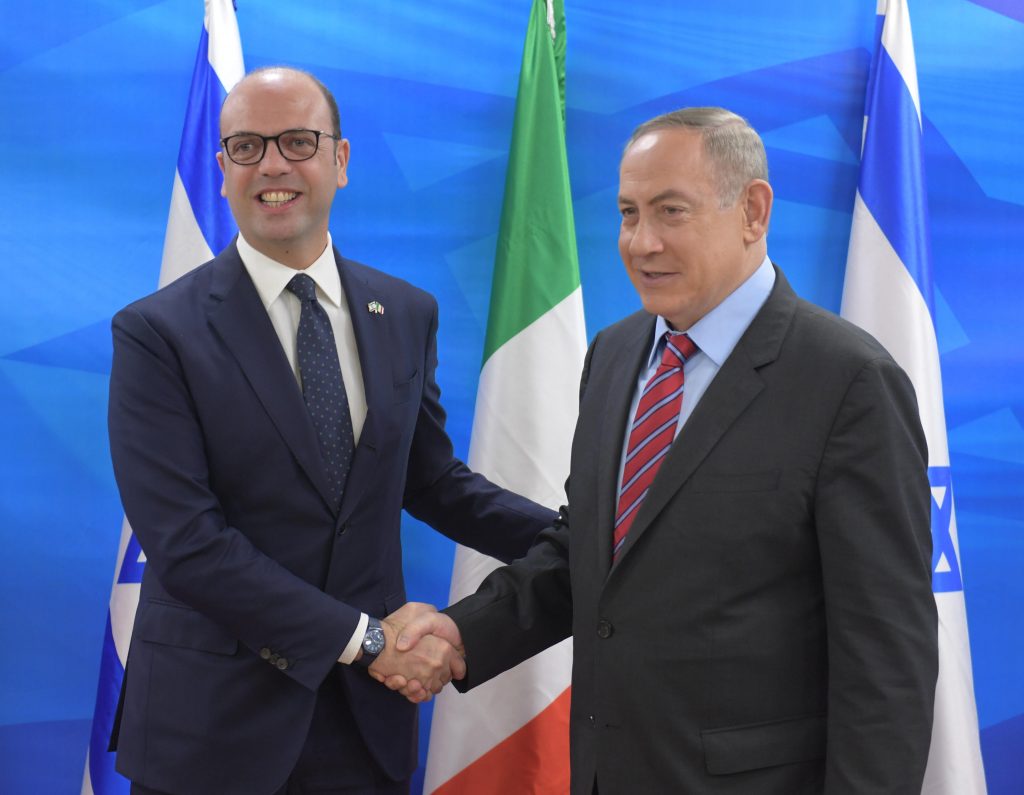 Prime Minister Binyamin Netanyahu urged Italy on Wednesday to stand by Israel and “oppose the next vote at UNESCO,” which ignores Israel’s historical ties to Har Habayis.

However, in a statement on the meeting between the two released by the Israeli Government Press Office on Wednesday, the Italian Foreign Minister Angelino Alfano “emphasized his obligation to defend the Italian Jewish community against incidents of anti-Semitism,” but offered no comment regarding UNESCO.

Mr. Netanyahu and Mr. Alfano expressed their deep appreciation for the state of bilateral relations and stressed their intention to expand cooperation between the two countries. They discussed the possibility of widening bilateral economic cooperation in Africa in order to assist African countries in finding solutions to water, agricultural and other problems, according to an official statement.