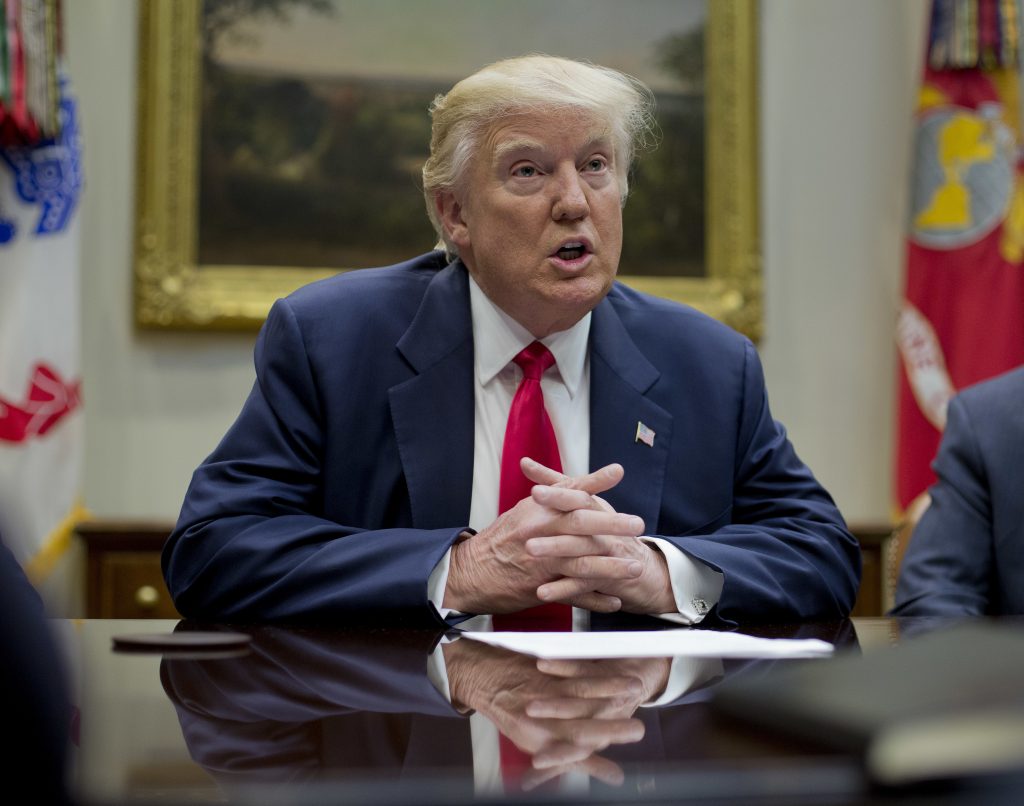 President Donald Trump earned $153 million and paid $36.5 million in income taxes in 2005, paying a roughly 25 percent effective tax rate thanks to a tax he has since sought to eliminate, according to newly disclosed tax documents.

The pages from President Trump’s federal tax return show the real estate mogul also reported a business loss of $103 million that year, although the documents don’t provide detail. The forms show that President Trump paid an effective tax rate of 24.5 percent, a figure well above the roughly 10 percent the average American taxpayer forks over each year, but below the 27.4 percent that taxpayers earning 1 million dollars a year average were paying at the time, according to data from the Congressional Joint Committee on Taxation.

The tax form was obtained by journalist David Cay Johnston, who runs the website DCReport.org, and reported on MSNBC. Johnston, who has long reported on tax issues, said he received the documents in the mail, unsolicited.

“Does anybody really believe that a reporter, who nobody ever heard of, ‘went to his mailbox’ and found my tax returns? @NBCNews FAKE NEWS!”

Johnston, speaking to the ABC’s on Wednesday, said it’s entirely possible that he received the returns from President Trump himself or someone close to him, saying, “Donald has a long history of leaking things about himself.”

He noted that the real question remains the sources of President Trump’s income, saying President Trump doesn’t want us to know “who he’s beholden to.”

President Trump’s hefty business loss appears to be a continued benefit from his use of a tax loophole in the 1990s, which allowed him to deduct previous losses in future years. In 1995, President Trump reported a loss of more than $900 million, largely as a result of financial turmoil at his casinos.

Tax records obtained by The New York Times last year showed the losses were so large they could have allowed President Trump to avoid paying taxes for up to 18 years. But President Trump’s 2005 filing shows that another tax prevented him from realizing the full benefit of those deductions.

The bulk of President Trump’s tax bill that year was due to the Alternative Minimum Tax, a tax aimed at preventing high-income earners from paying minimal taxes.

The AMT requires many taxpayers to calculate their taxes twice — once under the rules for regular income tax and then again under AMT — and then pay the higher amount. Critics say the tax has ensnared more middle-class people than intended, raising what they owe the federal government each year.

Were it not for the AMT, President Trump would have avoided all but a few million dollars of his 2005 tax bill.

President Trump’s campaign website called for the end of the AMT, which is expected to bring in more than $350 billion in revenues from 2016 to 2025.

As a candidate and as president, President Trump has refused to release his tax returns, breaking a decades-long tradition. Although he initially promised to do so, he later claimed he was under audit by the Internal Revenue Service and said his attorneys had advised against it — though experts and IRS officials said such audits don’t bar taxpayers from releasing their returns.

The White House pushed back even before the release of the documents Tuesday night, saying that publishing the information was illegal.

“You know you are desperate for ratings when you are willing to violate the law to push a story about two pages of tax returns from over a decade ago,” the White House said in a statement issued on condition that it be attributed to an anonymous official, although the president has decried the use of anonymous sources.

The unauthorized release or publishing of federal tax returns is a criminal offense, punishable by a fine of up to $5,000 and up to five years in jail. But Maddow argued that MSNBC was exercising its First Amendment right to publish information in the public interest.

Trump long insisted the American public wasn’t interested in his returns and said little could be learned from them. But Trump’s full returns would contain key details about things like his charitable giving, his income sources, the type of deductions he claimed, how much he earned from his assets and what strategies Trump used to reduce his tax bill.

The issue was a major point of attack from his election rival Hillary Clinton, who suggested President Trump had something to hide.