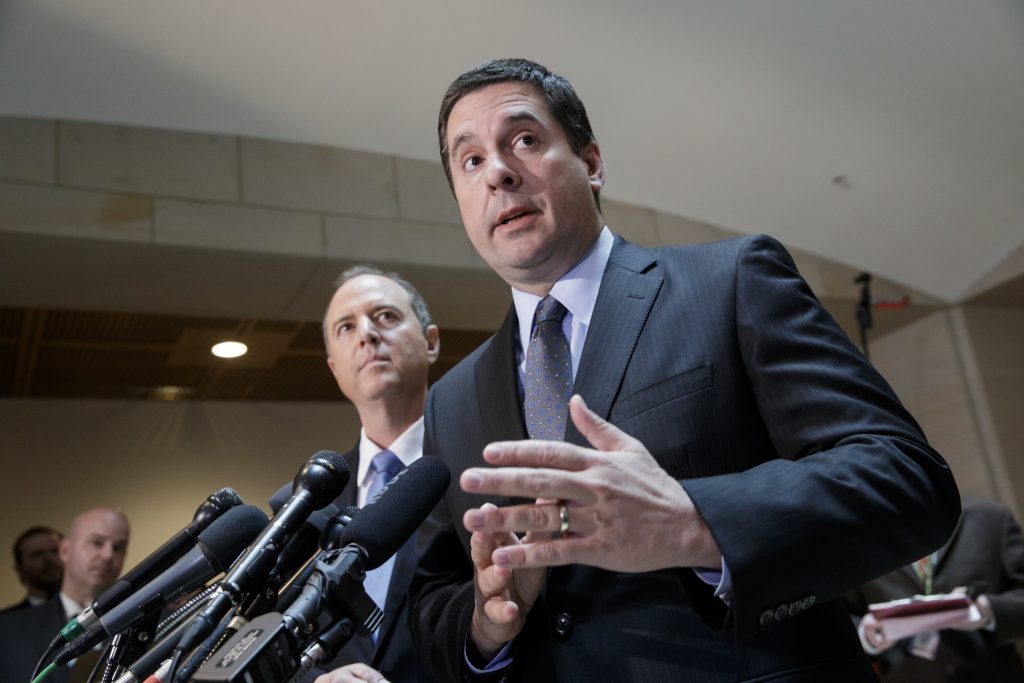 The leaders of the House Intelligence Committee said Wednesday that they had seen no evidence to support President Donald Trump’s claim that he was wiretapped by President Barack Obama before he took office.

“We don’t have any evidence that that took place,” Rep. Devin Nunes (R-Calif.), the chairman of the House Intelligence Committee, said at a press conference with Rep. Adam Schiff (D-Calif.), the top Democrat on the panel.

“I have seen no evidence that supports the claim that President Trump made,” Schiff said.

In a series of tweets on March 4, Trump accused Obama of wiretapping him and he urged Congress to investigate the claim.

FBI Director James Comey will testify before the committee at a public hearing Monday and will be questioned about Trump’s claim, the lawmakers said.

The Intelligence panel is conducting an investigation into Russia’s interference in the 2016 presidential campaign, including whether the FBI and intelligence agencies collected information regarding contacts between Trump associates and Russian government officials.

Sen. Lindsey Graham (R-S.C.) on Wednesday threatened to subpoena Mr. Comey for information about whether the agency received a federal warrant to conduct surveillance on Donald Trump, his campaign or his Manhattan headquarters.

If the FBI does not provide an answer, Sen. Graham said, Congress would need to establish a special House-Senate committee to examine Russia’s influence on the 2016 election.