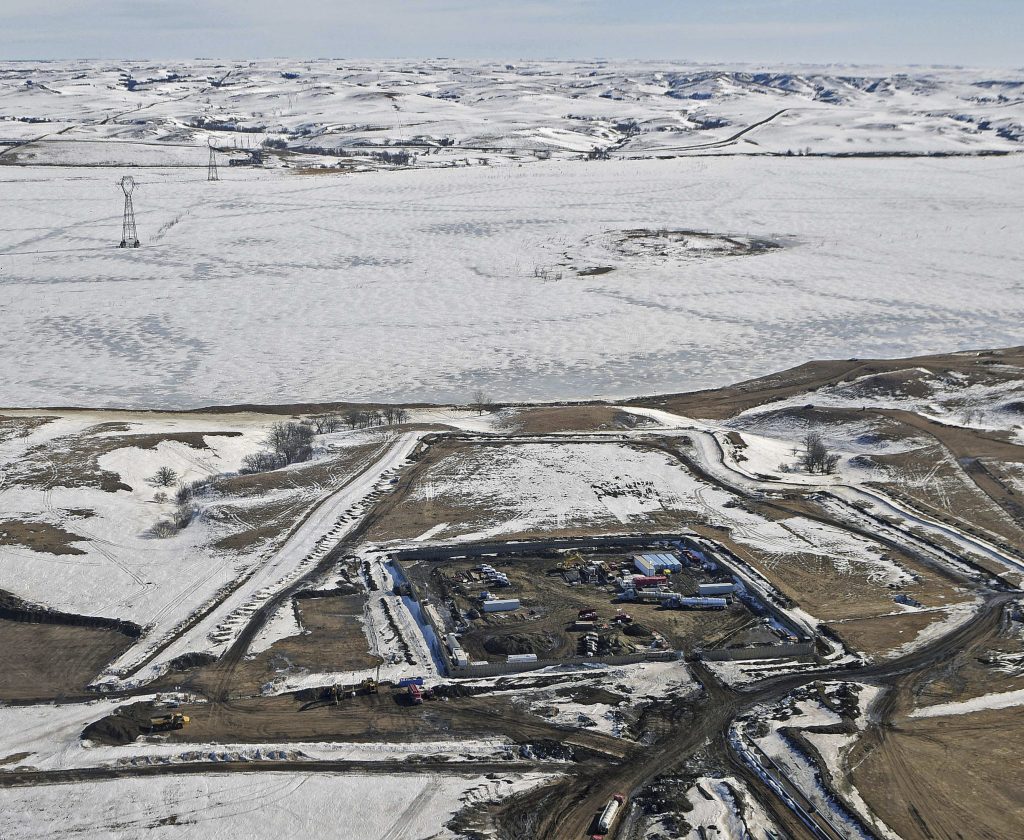 A judge refused to head off the imminent flow of oil in the disputed Dakota Access pipeline, likely clearing the way for operations to begin next week.

“The critical factor here is Cheyenne River’s lack of likelihood of success on the merits … plaintiff does not have a strong case on appeal,” Boasberg said in his ruling on Tuesday.

Cheyenne River attorney Nicole Ducheneaux did not immediately respond to a request for comment Wednesday.

Texas-based pipeline developer Energy Transfer Partners is finishing up pipeline work beneath Lake Oahe, a Missouri River reservoir in North Dakota and the last piece of construction on the 1,200-mile, $3.8 billion pipeline to move North Dakota oil to a distribution point in Illinois. The tribes maintain an oil pipeline under the lake they consider sacred violates their religious rights, but Boasberg says the argument was made too late and is of questionable merit.

The judge also said ETP would be “substantially harmed” by a delay, as it prepares to move oil through the pipeline as early as Monday.

Both ETP and the Army Corps of Engineers had objected to the tribes’ latest attempt to halt the project, with Corps attorneys saying in court documents that President Donald Trump “has expressly determined that the pipeline is ‘in the national interest.'”

The Corps last month granted ETP permission to lay pipe under the reservoir that it manages for the federal government, after President Trump urged the project’s completion in January, after months of legal delays.

The court battle isn’t over. Aside from the tribes’ appeal to the U.S. Court of Appeals for the District of Columbia Circuit on the religion argument, the tribes in their lawsuit before Boasberg are arguing for more environmental study and for the government to recognize the tribes’ treaty rights to clean water.

The Corps on Tuesday filed its opposition to those requests, saying the agency’s permission for the Lake Oahe work “represents the culmination of over two years of detailed environmental analysis and extensive consultation with (the tribes).”

The pipeline saga also has endured for months outside of the courtroom, with about 750 arrests of protesters in southern North Dakota from August through February. Amnesty International USA on Wednesday said that it has documented numerous instances of excessive force or intimidation by police and excessive criminal charges.

Police have defended their practices, which have included water sprays, tear gas and non-lethal ammunition such as rubber bullets. Police have said some protesters were violent and took part in riots, and that some targeted police both professionally and personally.