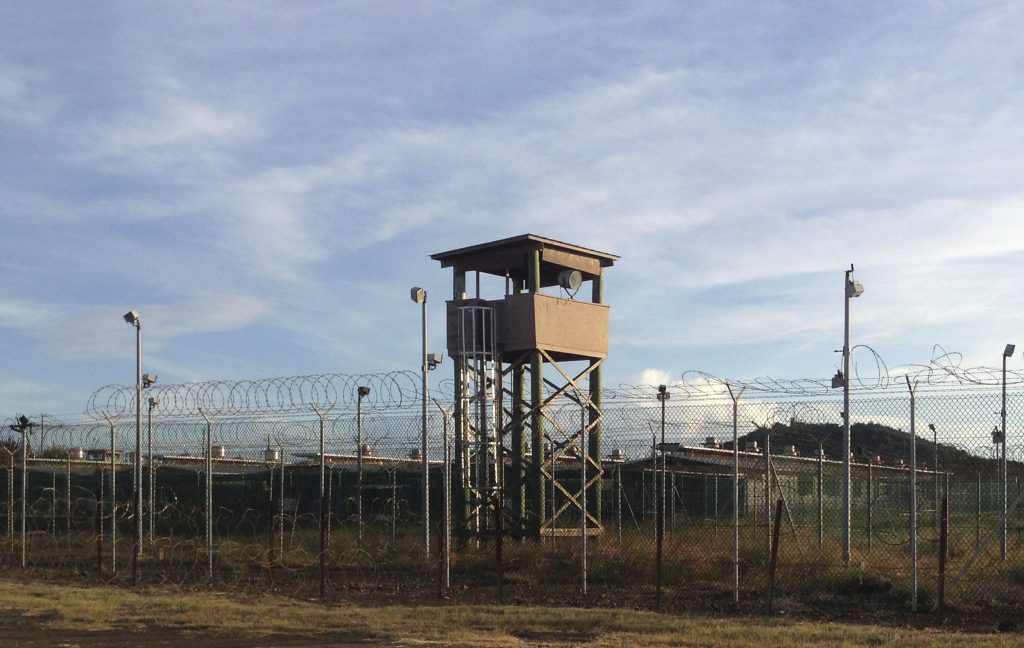 The judge in the USS Cole bombing case has declared unnecessary a challenge by a consortium of news organizations to a prosecutor’s effort to close proceedings for testimony from Abd al Rahim al Nashiri in his death-penalty case.

Nashiri, 52, was to describe how the commute between his clandestine Camp 7 prison and the war court compound, Camp Justice, made him sick. But late last week, Air Force Col. Vance Spath, the judge, announced that he agreed that the Saudi suffers from car sickness, making his testimony unnecessary. Spath then rejected Nashiri’s request to spend hearing week nights at the war court compound, Camp Justice.

The court went into closed session in December after the chief prosecutor, Army Brig. Gen. Mark Martins, argued in open court that Nashiri should not testify in public. The Miami Herald protested, arguing that reporters should first be allowed to challenge the closure.

Spath agreed and, in January, First Amendment attorney David A. Schulz submitted a challenge on behalf of 15 media groups, including the Herald and its owner, McClatchy. The judge had yet to rule on the media motion but last week announced that he could hear at least part of Nashiri’s testimony in open court.

Defense lawyers, however, subsequently declared there was no need to hear from the captive after all.

Lawyers for the man accused of plotting the Oct. 12, 2000, bombing of the U.S. Navy warship that killed 17 sailors of Aden, Yemen, asked to let him sleep in a holding cell behind the court to avoid a nauseating commute. Defense attorneys also wanted to bring torture expert Dr. Sondra Crosby to testify on how Nashiri’s secret circumstances of transfer from prison to court reminded him of his four years of CIA shuttles between secret overseas black sites, where he was waterboarded, and otherwise mistreated. Spath denied that request.

The media challenge was its second in the USS Cole case specifically opposing closure of the court for Nashiri’s testimony. A 2012 challenge also ended in an earlier case judge, Army Col. James L. Pohl, concluding he could decide an issue without hearing directly from Nashiri.

In between, media organizations argued — and lost — a challenge to the 40-second audio delay through which unclassified testimony and legal arguments reach the public at the USS Cole and Sept. 11 war crimes cases.