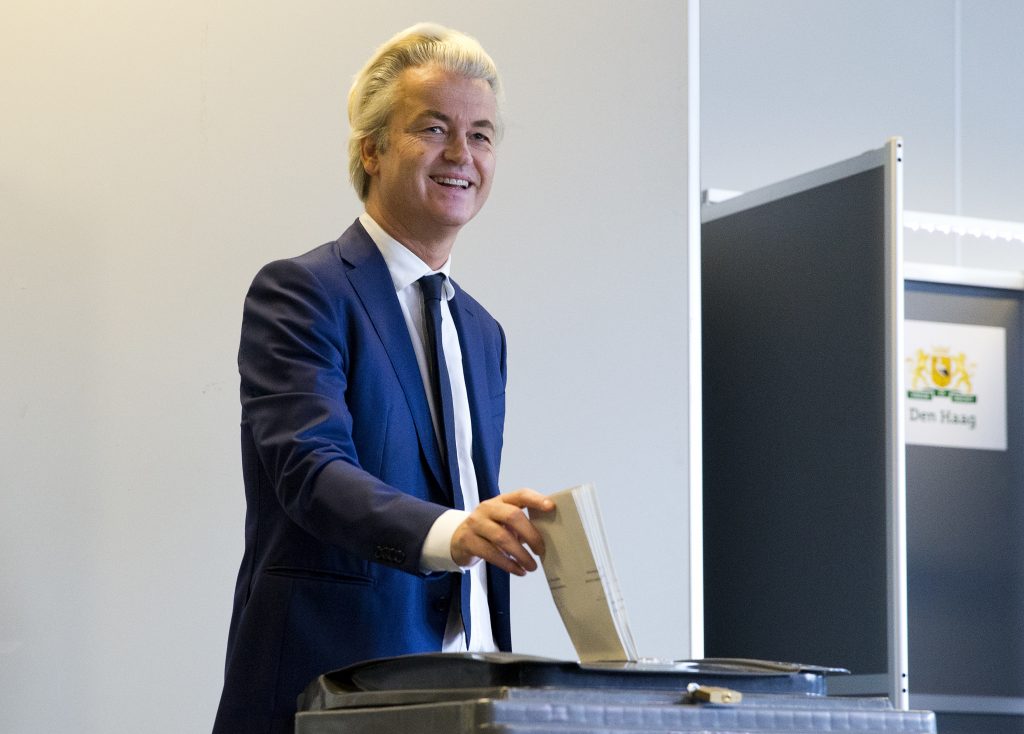 “I am so proud at what has happened and happy that we have been given the trust again” by voters, Tamara van Ark, campaign leader of Rutte’s liberal VVD party, said.

With France and Germany facing elections in the months ahead, Rutte hoped to slow the momentum of what he called the “wrong sort of populism” after last’s year British vote to leave the European Union and the election of U.S. President Donald Trump.

“This is a chance for a big democracy like the Netherlands to make a point to stop this toppling over of the domino stones of the wrong sort of populism,” Rutte said after voting.

Wilders had insisted that whatever the result of Wednesday’s election, the kind of populist politics he and others in Europe represent aren’t going away.

“The genie will not go back into the bottle. People feel misrepresented,” he said, predicting the feeling would surface in the French and German elections.

But the first indications were still bad.

Rutte has framed the election as a choice between continuity and chaos, portraying himself as a safe custodian of the nation’s economic recovery and casting Wilders as a far-right radical who was unprepared to make tough decisions.

The chance of Wilders becoming prime minister in the Netherlands, where a proportional representation voting system all but guarantees coalition governments, was remote, even if his party had placed first in the election.

All mainstream parties, including Rutte’s VVD, had ruled out working with Wilders and his Party for Freedom.

Wilders’ one-page election manifesto included pledges to close borders to immigrants from Muslim nations, shutter mosques and ban the Quran, as well as to take the Netherlands out of the European Union.

The campaign’s final days were overshadowed by a diplomatic crisis between the Dutch and Turkish governments.

It erupted over the refusal of the Netherlands to let two Turkish government ministers address rallies about a referendum next month that could give Turkey’s President Recep Tayyip Erdogan more powers.

The crisis nevertheless gave Rutte an opportunity to refuse to bow to foreign pressure, a stance with widespread backing in the nation.

“It is my task to keep the nation safe and stable and deal with these kinds of people,” Rutte said.

Rutte has driven through unpopular austerity measures over the last four years, but the Dutch economic recovery has gathered pace and unemployment has fallen fast.

Wilders, meanwhile, tapped into discontent among voters who say they are not benefiting from economic recovery.