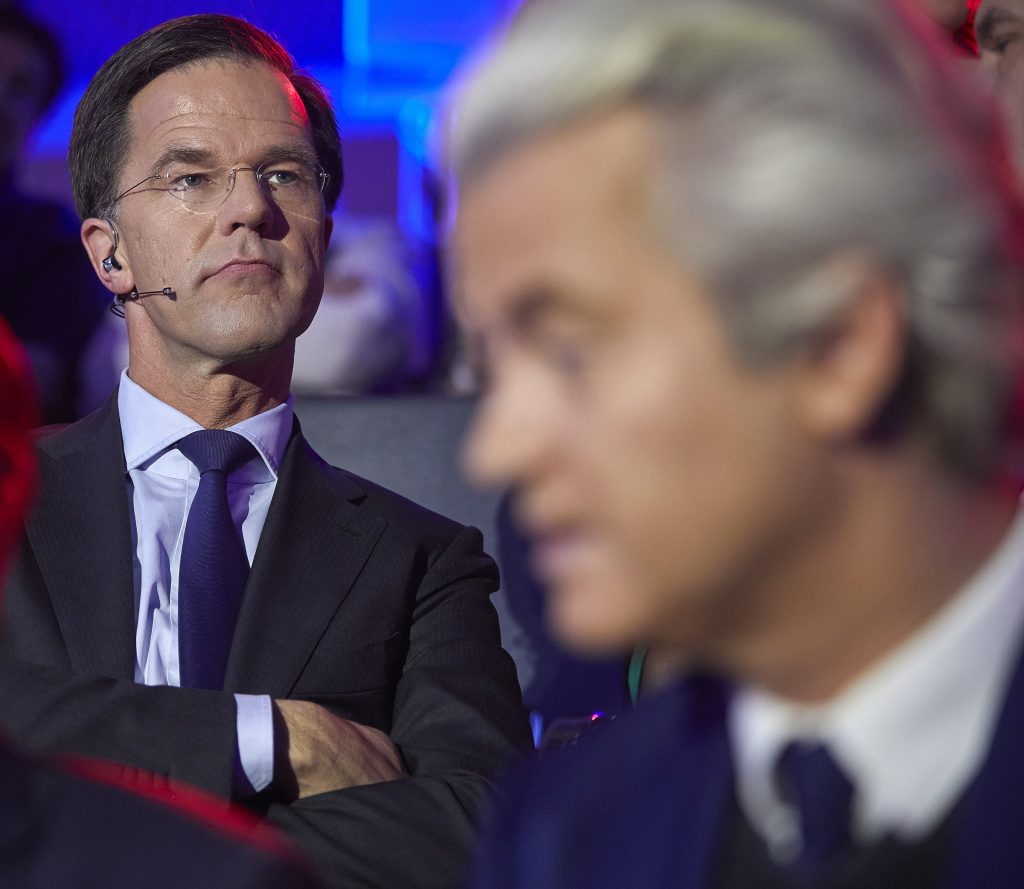 The Dutch began voting on Wednesday in an election seen as a test of anti-immigrant and nationalist feeling, magnified in the last few days by a spat with Turkey, and as one of three polls this year that will gauge the strength of the ties that bind the European Union together. The center-right VVD party of Prime Minister Mark Rutte, 50, will vie with the PVV (Party for Freedom) of anti-Islam and anti-EU firebrand Geert Wilders, 53, to form the biggest party in parliament.

As many as 13 million voters began casting ballots at polling stations across the country that will close at 9:00 p.m.

“I am voting for Wilders. I hope he can make a change to make the Netherlands better,” said Wendy de Graaf, who was dropping off her kids at school in The Hague. “I don’t agree with everything he says … but I feel that immigration is a problem.”

Wilders, who has vowed to “de-Islamicise” the Netherlands, has virtually no chance of forming a government given that all the leading parties have ruled out working with him, but a PVV win would still send shock waves across Europe.

The vote is the first of three this year seen as a test of anti-establishment sentiment in the European Union and the bloc’s chances of survival after the surprise victory of EU-skeptic Donald Trump in the United States and Britain’s 2016 vote to exit the union.

France chooses its next president, with far-right Marine Le Pen set to make the second-round runoff, in May, while in September right-wing euroskeptic party Alternative for Germany, which has attacked Chancellor Angela Merkel’s open-door refugee policy, will probably win its first lower house seats.

In the Netherlands, opinion polls indicated a three percentage point lead for Rutte’s party over Wilders’, although these did not fully take into account a rupture of diplomatic relations with Ankara after the Dutch banned Turkish ministers from addressing rallies of overseas Turks.

Early indications are that the dispute may have helped both.

Unlike the U.S. or French presidential elections, there will be no outright Dutch winner, with up to 15 parties having a realistic chance of winning a seat in parliament and none set to gain even 20 percent of the vote.

Rutte’s last government was a two-party coalition with the Labour Party, but at least four parties may now be needed to secure a majority in parliament. It would be the first such multi-party alliance since three in the 1970s. Two of those fell apart within 12 months.

Political risk consultants Eurasia Group said government formation was likely to be lengthy and could result in a weak coalition that would determine European Union policy at a critical time for the bloc.

Rutte, who is hoping Dutch economic recovery will win him backing, has been insistent on one thing – that he will neither accept the PVV as a coalition partner nor rely on Wilders to support a minority government, as was the case in 2010-2012.

The prime minister accuses Wilders of treachery for withdrawing support and creating a political crisis at a time of deep economic troubles.

“I will not work with such a party, Mr. Wilders, not in a cabinet nor with you supporting from outside. Not, never, not,” Rutte told Wilders in the only debate between the two, which was watched on Monday by 2.28 million viewers, the most for any election event.