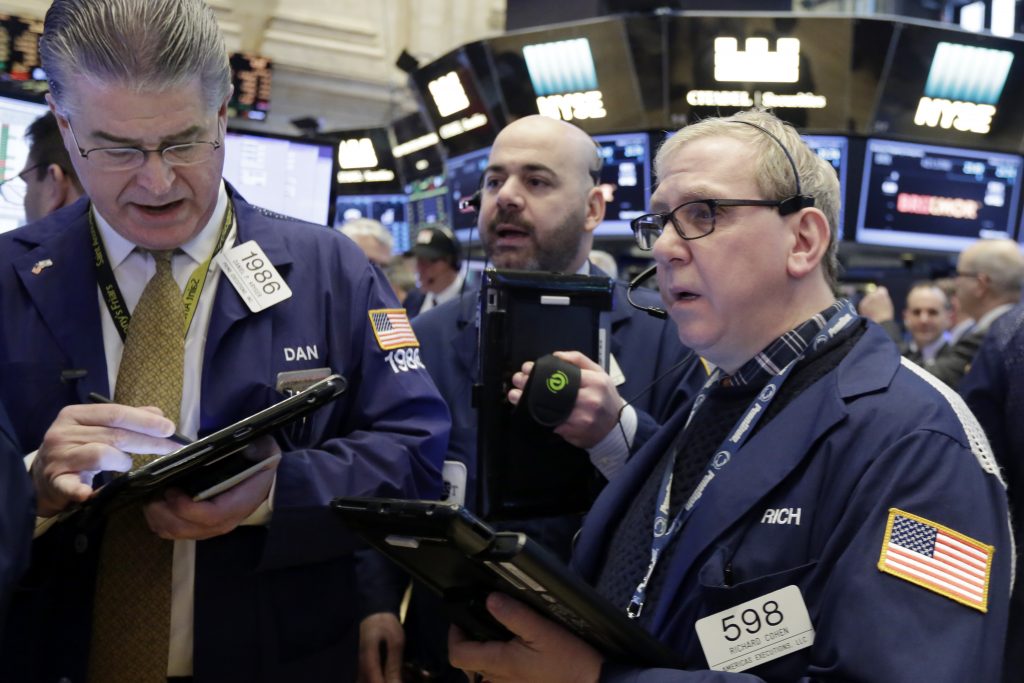 A turnaround in oil and other commodity prices helped lift U.S. stock indexes to modest gains Wednesday, ahead of a highly anticipated decision on interest rates by the Federal Reserve.

WAITING ON THE FED: Trading has mostly been quiet recently as investors wait to see what the Federal Reserve does and hear its views on how the economy is doing. Investors and economists widely expect the Fed to raise short-term rates by a quarter of a percentage point this afternoon. It would be the third increase in 15 months, though rates remain close to record lows.

With the quarter-point increase a foregone conclusion for many investors, they’ll be more interested to hear what Fed Chair Janet Yellen has to say about the pace of future increases. If it’s a slow, gradual move, analysts say the stock market could maintain its lofty heights.

ENERGY LEADS THE WAY: The price of oil climbed Wednesday, the first time that’s happened in more than a week. A barrel of benchmark U.S. crude rose 76 cents, or 1.6 percent, to $48.48 a barrel in New York. Brent crude, which is used to price international oils, added 75 cents to $51.66 a barrel in London.

That helped lift energy stocks in the S&P 500 index by 1.2 percent, the biggest gain among the 11 sectors that make up the index.

ECONOMIC UPDATES: The reason investors are so sure the Federal Reserve will raise rates this afternoon is because the economy has been improving. More reports on Wednesday showed continued gains.

The Commerce Department said retail sales inched up by 0.1 percent in February, and it said sales in January were better than it previously believed. However, delays in tax return payments may be holding spending back somewhat.

The Labor Department said that consumer prices were 2.7 percent higher in February than a year earlier. After excluding the costs of food and energy, inflation was 2.2 percent. That’s above the 2 percent target set by the Federal Reserve.

A housing market index by the National Association of Home Builders also surged to its highest level since 2005.

SWEET: Hostess Brands rose after it gave solid forecasts for 2017. The Twinkie maker filed for bankruptcy protection in 2012 and was acquired by private equity firm Gores Group in the middle of last year. It’s now public again, and was combined with Superior Cake Products. Its stock rose 35 cents, or 2.2 percent, to $16.28.

JUICY: Fogo de Chao, the Brazilian restaurant chain that serves all-you-can-eat meats, jumped 90 cents, or 9.8 percent, to $14.15, after reporting stronger revenue and earnings for its latest quarter than analysts expected.

BONDS: Prices for longer-term bonds rose. The yield on the 10-year Treasury note fell to 2.57 percent from 2.60 percent, and the 30-year yield fell to 3.15 percent from 3.18 percent. The two-year yield, which is influenced more by Federal Reserve moves than by trends in inflation and other factors, rose to 1.39 percent from 1.38 percent.