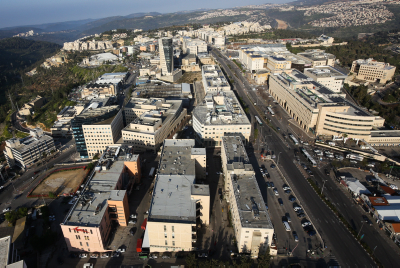 The government is trying to figure out what to do with offices on which it has been paying rent for a year, but into which government workers refuse to move.

Workers for the State Civil Service Commission, whose offices are currently located in the same building as the Prime Minister’s Office, have, for the past year, refused to move into newly refurbished offices just a few kilometers away in the Givat Shaul neighborhood. Meanwhile, the state is paying NIS 35,000 in rent on the empty offices as it attempts to persuade workers to move.

The workers had reportedly agreed to move by the end of February, but that deadline passed with no changes. It is not clear why the workers refuse to move, with some speculating that they do not want to give up their current location because it is “geographically sensitive.” The agreement to move was negotiated into the workers’ latest contract.

Criticism has mounted in the Knesset over the state’s refusal, on the one hand, to take action against the workers, and its willingness, on the other hand, to pay rent on empty offices. In addition, there has been criticism of the large sums spent to refurbish the offices, although the Commission said that these were paid for by the owners of the building, and that the state has not expended any funding on that project.

“It is true that the offices are unoccupied right now, but there are several reasons for this,” including refusal of the workers to move, and the fact that there is no furniture or telephone service in the offices — although this, too, is clearly related to the workers’ stance. According to the workers, as soon as those additions are made, they will move into the offices.